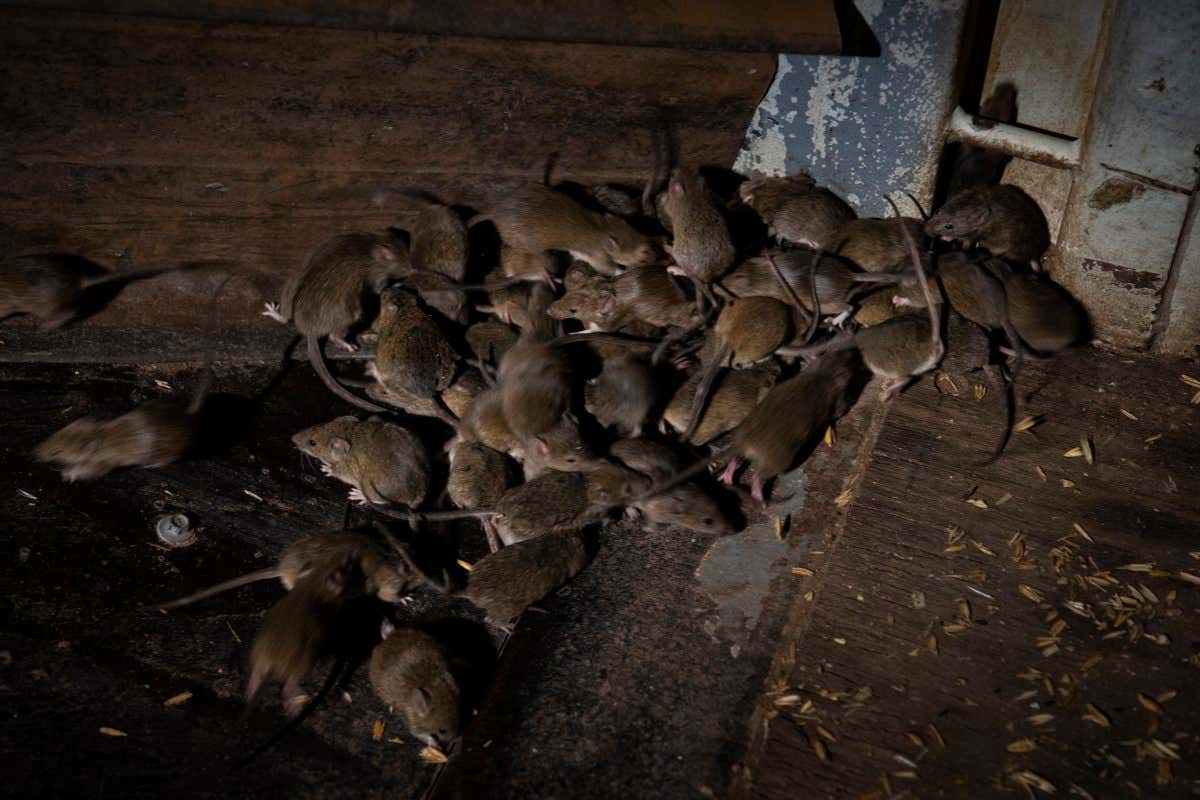 For the first time, researchers have created a gene drive – a kind of genetic parasite – that could be used to eradicate mammalian pests such as mice by making them infertile.

The technology could provide a humane alternative to the poison baits currently used to tackle invasive mice on islands, which have severe impacts on native birds, reptiles and plants.

“It’s the first example of a mammalian gene drive technology that has had proof of concept in a laboratory setting,” says Paul Thomas at the University of Adelaide in Australia.

Most animals have two copies of each chromosome, but their offspring gets only one copy from each parent. This means that if a piece of DNA is added to one chromosome of an individual, only half its offspring will inherit it.

Gene drives are bits of DNA that encode various mechanisms for cheating the system and ensuring they get inherited by more than half of offspring. This means they can spread in a population even if they are harmful.

Various kinds of natural gene drives have been discovered. In 2013, Kevin Esvelt at Massachusetts Institute of Technology created the first synthetic gene drive using the gene-editing technology CRISPR. Such CRISPR-based gene drives work extremely well in insects and several teams hope to use them to prevent the spread of malaria, either by wiping out mosquitoes or by making them less likely to infect people.

However, CRISPR-based gene drives don’t work well in mammals, for reasons that aren’t understood. So Thomas instead started with a natural gene drive common in mice and modified it so that it makes female house mice (Mus musculus) infertile.

The natural gene drive, called the t haplotype, works by slowing the swimming speed of sperm unless they have the counter mechanism that is encoded in the gene drive. This results in 95 per cent of offspring inheriting the t haplotype. To this existing drive, the researchers added a component that mutates a gene essential for female fertility.

When the team tested the system in mice in the lab over one generation, the gene drive disabled 80 per cent of the fertility genes.

If the drive was released, female mice would initially inherit just one mutated copy and remain fertile, but, as the drive spread in a population, more and more would inherit two copies, rendering them infertile. “That’s when the population starts to crash,” says Thomas.

Computer modelling shows that if 250 mice carrying this gene drive were released on an island with a population of 200,000 mice, the mice would be completely wiped out in 20 to 25 years. Surprisingly, the model also shows that mutating 100 per cent of fertility genes would slow the spread of the drive – 80 per cent actually works better, says Thomas.

One of the risks of gene drives is that they could spread to areas where animals are native and not invasive pests. So, for the lab tests, the components of the gene drive were split and put on different chromosomes, meaning the drive couldn’t spread if the mice somehow escaped.

This is why it was only tested over one generation. The tests were also done in a high-level containment lab. “We’re very conscious of the safety aspects of this,” says Thomas.

The team has been identifying genetic variants specific to invasive mouse populations on islands, and the next step is to create a fully assembled gene drive that works only in mice with one of those variants. If this works in lab tests, the team hopes to get regulatory approval to release it on the one island where it can spread.

“Baits are expensive and do not always work,” says Thomas. “You also don’t have the horrible cause of death aspect.”

If the gene drive succeeds in eradicating mice from islands, it might one day be used to tackle mice on mainland Australia too, he says, but that isn’t the goal for now.

The results are very promising, says Kimberly Cooper at the University of California, San Diego, whose team is trying to get CRISPR-based drives to work in mice.

“The individual components do work quite well in a single generation, and therefore may very well work as modelled over multiple generations,” she says. But the system will need to be tested over many generations to confirm this, says Cooper.