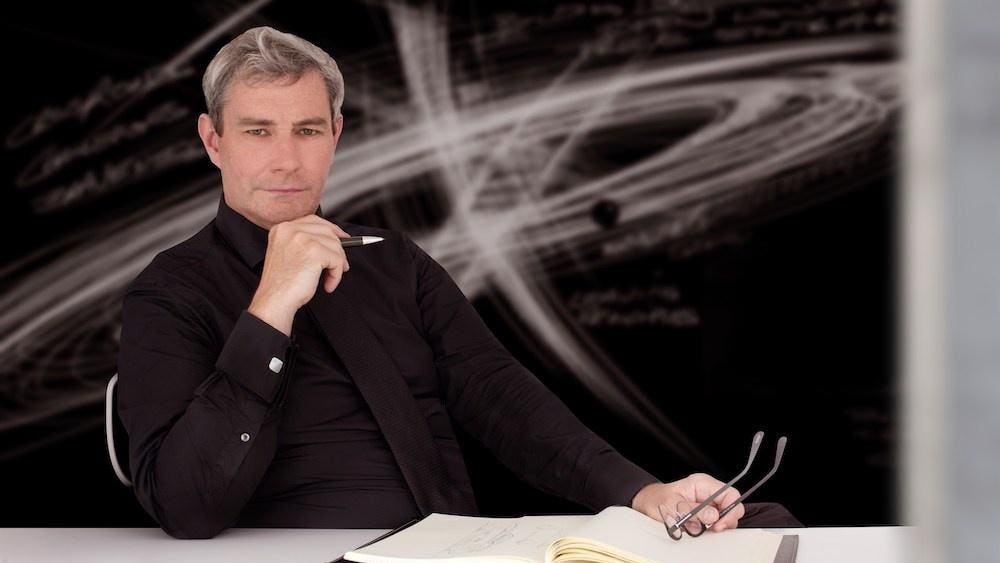 The Genesis story is about to get exciting. Declared independent from Hyundai only five years ago, this relatively new brand has ambitious plans to challenge the status quo with products that look to the future of mobility by basing design on progressive technology. Already present in the Asian and US markets, this summer Genesis entered Europe with five production cars to be followed later in the year with three electric models.

To make all this happen, Genesis has brought on-board Luc Donckerwolke who, as chief creative officer, will lead design now and into the future. This is a highly calculated move since in a career spanning some 30 years, the Belgian designer has been instrumental in re-shaping car brands such as Lamborghini, Audi, Bentley and more. He has a way of rethinking even the most conservative carmakers to be fresh and relevant.

Intrigued to learn more about what Donckerwolke plans to do with Genesis — an almost blank canvas to draw up a vision for post-combustion times — I arranged a video call, me from London, he from Seoul.

Nargess Banks: The last time we met, you were busy setting-up a new design department at Bentley in Crewe here in the UK and in the process re-imagining a traditional brand for a new global audience. Now you’re on the other side of the globe about to introduce Genesis as a new brand to the world. After two decades working on Volkswagen Group’s various brands, why did you make this leap?

Luc Donckerwolke: I had finished the Bentley Continental GT and Bentayga production cars and we had just revealed the EXP 10 Speed 6 when Hyundai contacted me to see if I wanted to help create a brand out of their luxury arm Genesis. And of course I said yes, since I couldn’t miss such an opportunity. I joined the Hyundai Group in January 2016.

You’ve coined the Genesis design thinking as “athletic elegance”. Can you explain how you came to this conclusion?

Our design philosophy needed to be long-lasting and a consistent base for our future strategy. It had to include elegance, but also be dynamic to reflect South Korea which in many ways is a young civilization. Genesis is a young brand so our cars need to be athletic which led to the term “athletic elegance”. We defined the values of Genesis as being audacious, progressive and distinctly Korean because when you create a premium luxury brand you don’t do this without having roots.

In what way is the South Korean cultural landscape impacting on how you view Genesis?

This is an ideal environment to create a modern premium luxury brand, a concept that is ultimately about pleasing the consumer. The Korean customer is a discerning one — the way they dress and live is in great taste. The Korean way is very different to the German attitude, which tends to be taking care of the product and hoping the customer will be happy. People are extremely helpful here and everything is about satisfying the customer. To reflect this, we have designed beyond the car itself to include experiences.

It also is a very progressive and advanced society…

Absolutely, South Korea is a very forward-thinking nation which means the culture here allows us to base design on technology. In Europe we tend to be satisfied with improvements and evolutions, whereas the Korean market is so young and dynamic they always want novelty. It took me time to understand this mindset. Another aspect is how innovation influences products. Whereas in Europe it is about being selective, here it’s about how can we utilize advancements. So, Genesis design has had to morph itself to be a bionic combination of technology and style. Every progress we do has to be customer-centric. We try to design in a way that our customer is cocooned, pampered and served but never overwhelmed by technology.

You talk about how technology can almost become the identity for Genesis. Do you have an example?

Look at the quad lights at the front of our cars whereby the two line graphic has become our brand symbol. Our original vision was to take the Genesis logo (the crest with the wings) and morph it so the two lines of the feathered wings became the quad lights. We took the idea to our engineers and they created these highly technical headlights. You see, unlike most other carmakers our suppliers are part of the Hyundai Group which makes it easier to implement unique technology. The quad lights are an example of how technology defines our design. I like to think of it as form merging with function and never being decoration. Then there is “beauty in the white space”.

You need to explain this.

This is a concept deeply rooted in Korean culture, roughly translating to beauty in emptiness. If you look at Korean art, it is fundamentally different to Chinese or Japanese art. It is extremely reduced; rather than being overloaded, it manages to get the right amount of tension by leaving a white element around it to let the work breathe. At Genesis we allow the concept of reduction to influence how we design and utilize technology.

Does this naturally mean putting UX, user experience design, at the forefront so as to almost imagine the car from the inside out?

Yes, exactly. If you look at the interior of the G80 and GV80, everything is clean and reduced. We don’t do a self-service buffet of buttons and commands. We don’t want our customers to drown in technology, but rather have it when they need it. I like to think of the concept like a butler who brings you what you want and nothing more or less. The air vents, for instance, are two thin lines going across the car and merging into the form as a way of structuring the volume but not disturbing the shape. Again, this is about minimalizing the inputs of those functions — the beauty in emptiness.

Listening to your observations on Korea and the progressive culture there, to my mind it seems Genesis is in a prime place to explore the possibilities of AI and machine learning in design and customer experience.

It is completely in our DNA. For instance, the strategic decision to acquire (the robotics design firm) Boston Dynamics meant we were the first to sell a fuel cell car. Our main company is involved in so many areas: construction, nuclear plants, robots, high-speed trains, autonomous driving, medical equipment. I’ve been designing electric planes with our air mobility team in the US as part of our plans to enter air mobility. We have R&D departments doing advanced research which means the technology that influences our design is all done in-house. This offers a huge advantage for us.

Having worked in many companies in my career, it’s the first time I don’t have senior people who are not competent, giving an opinion on design! In Korean culture when you hire someone you want their input. As Steve Jobs said: don’t hire intelligent people to tell them what to do.

I like that. And then you also have your “dream team”, which you mentioned to me back in your Bentley days, with you at the design studio.

When I signed my contract at Hyundai six years ago, I said I’m not a miracle man and I need my team. They said tell us who you need and we will make it happen. We brought in (car designers) SangYup Lee for Hyundai and Karim Habib for Kia.

Was the transition from a European design studio to a Korean one a cultural shift?

At first, yes. For me the design studio is all about teamwork and there cannot therefore be any hierarchies. This took a long time to implement since the Korean system it is based on seniority and position. This is okay within the company but in the design studio we leave our grades on at the door. At the same time, fundamental progress had been happening across the Hyundai Group when the new chairman took over from his father five years ago. He was already reducing the strict hierarchical system.

Looking ahead, I’m interested to hear your thoughts and hopes for the car in its post-combustion life.

The caricature is that we will be driving around in toaster-shaped cars that are living rooms with wheels which resemble student projects of a decade ago. This is not what we want or need. What is clear is that there shouldn’t be a monoculture in the future automotive landscape. We need to fight for this. Now it seems there is only one typology of product: the SUV. This worries me as my designers are losing the training for creating the right proportions because when you design a box you don’t need to be good at fighting for each millimeter. But going back to your question, we are in a bit of an “end of the world” atmosphere right now, where we see cars are being A to B boxes without any emotional value or sense of fun. That won’t continue. We will not give up in applying the right emotions to electric and autonomous mobility.

Are you saying contrary to media clichés, the younger generations may still desire cars?

It’s incredible but in the past few years there has been an increase of young people taking driving exams — surely a sign that the new generation has a desire to drive cars. But I don’t believe they want the cars of their parents’ time or to be slaves to the motor car as our generations has become. Instead, they want intelligent product that serves them.

I’m sensing that you’re talking about circling back to the Golden Age of the motor car — its heyday when the car was an emotional, desirable product.

Yes and we are in the first phase of this change. The first phase is always trying to keep some of the values of the last while adapting slowly. The second stage will be much more exciting. It will say: we’ve tried to compromise but it doesn’t work so let’s start with a clean sheet of paper. We will ensure the electric powertrain is as much fun, if not more, than the combustion engine, which is so simple to do. The technology is all here. We have had to go in one extreme direction before we can be free to take the other route. Without being stuck in traffic and without the guilt of your carbon footprint, the next phase will present the moment when we can really enjoy the car. I know we will hit all the parameters to make sure future mobility is enjoyable.