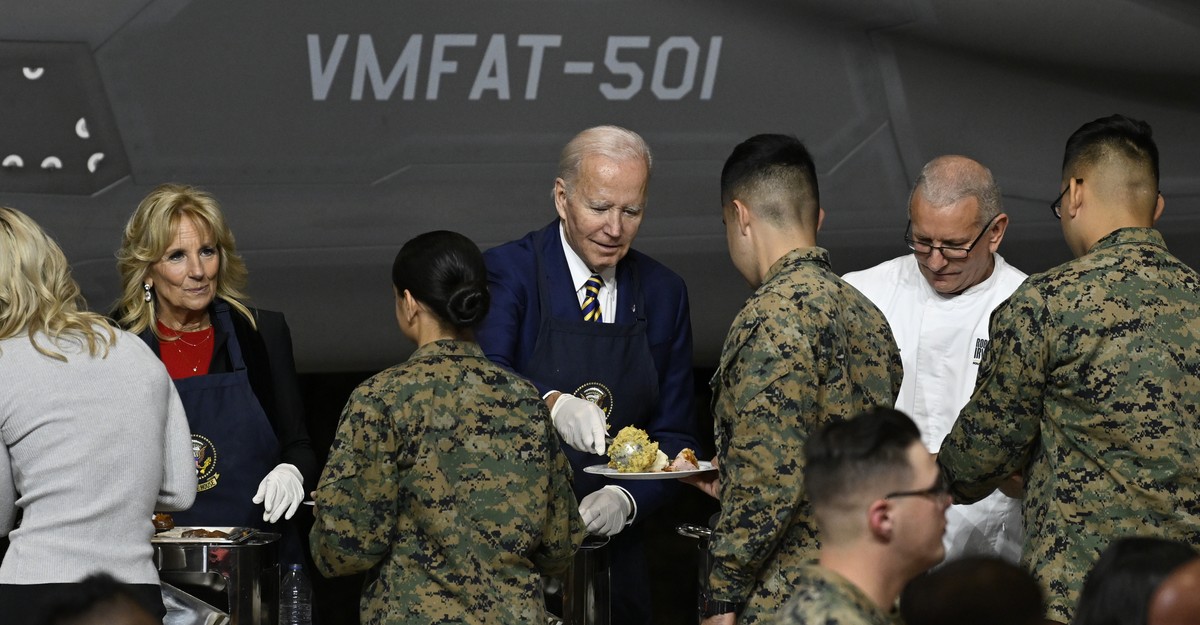 It’s time for us to look around and realize, with gratitude, not only what we have, but how many terrible outcomes we’ve escaped.

What Could Have Been

On Thanksgiving, we tend to express our gratitude for what we already have. We roll out of bed, glad (if we’re so blessed) that we are well and that our home is intact, and then head to the dinner table for a nice meal. Millions of us will do that on Thursday, and this is as it should be. But I want to challenge you to find gratitude for the disasters we’ve escaped over the past few years. This is the thankfulness not for the warm hearth or full belly, but the visceral sense of relief, to paraphrase Winston Churchill, that comes from being shot at and missed.

The ancient Stoics were great practitioners of this form of gratitude, in which you supercharge your understanding of life by noting how much worse things could be—and how we are all eventually destined to die. As William B. Irvine noted in his wonderful book A Guide to the Good Life, the Stoics were “cheerful and optimistic about life (even though they made it a point to spend time thinking about all the bad things that could happen to them).”

And so let’s hold our loved ones and be thankful for the moment but also take a quick tour of things that didn’t happen—and realize how fortunate we Americans are at this moment.

Look, I don’t mean to be morbid (or, heaven forfend, overly dramatic). But this year, in addition to being thankful for what we have, let’s also think for a moment about the many ways that our nation—and world—could have been derailed by immense dangers that have so far been held at bay. This does not mean we live in the best of all worlds. We still must endure sadness and tragedies, both as individuals and as a society. Prominent Americans still attempt to stoke our nascent hatreds; mass shooters still kill our fellow citizens and obliterate our sense of safety. Ignorance and partisan tribalism continue to provide more victims for the pandemic.

Yet America survives, and even thrives. We shouldn’t spend all of our days thinking about disaster, but it makes us better people (and better citizens) if we stop for a moment and realize that we should celebrate not only what we have gained, but also what we have—so far—been spared.

When Masih Alinejad, Public Enemy No. 1 of the Islamic Republic of Iran, met me at a hotel in Lower Manhattan, she sat with her back to a ground-floor window. Her frizzy hair was framed in the glass and visible to tourists and office workers walking by—and, it occurred to me but seemingly not to her, to any assassin who might want to take her out. The threat is not theoretical. In July, police arrested Khalid Mehdiyev, of Yonkers, New York, after he was found prowling around Alinejad’s home in Brooklyn with an AK-47 and nearly 100 rounds of ammunition. One year before, the Department of Justice announced that it had thwarted a plot to kidnap Alinejad, take her by sea to Venezuela, and then spirit her to Iran for imprisonment and possible execution. She now lives in hiding, but she told me she doesn’t think about threats to her safety. “I don’t know why. I’m just missing this,” she said, pointing at her head, at the absent neuroanatomical structure that causes normal people to be afraid of being shot dead. “I don’t have this fear.”

Read. Art Spiegelman’s Maus. What makes the book controversial is exactly what makes it valuable.

Watch. The Menu, in theaters, offers more food for thought than your average glossy fall thriller.

I realize my somewhat curmudgeonly take on happiness is not for everyone. This is what comes from reading Meditations, by Marcus Aurelius, in high school. I cannot pretend to be a good Stoic; I am far too emotional a person for that. But as a teen in the shallow, plastic 1970s, I found Stoic thinking appealing, and I still do. If you’d like a far warmer and more engaging view on finding greater satisfaction in your daily existence, however, read my colleague Arthur Brooks, who writes the Atlantic column “How to Build a Life.” I have never met Arthur, but I can tell he’s a nicer person than I am, and I read him attentively on everything from marriage to technology. You should too.

The Daily will be back tomorrow with an interview with Bushra Seddique, a young Afghan journalist who fled the Taliban last year and is now an editorial fellow at The Atlantic. After that, we will take a break until Monday, when I will be back here with you. I wish you a lovely—and gratitude-filled—Thanksgiving.