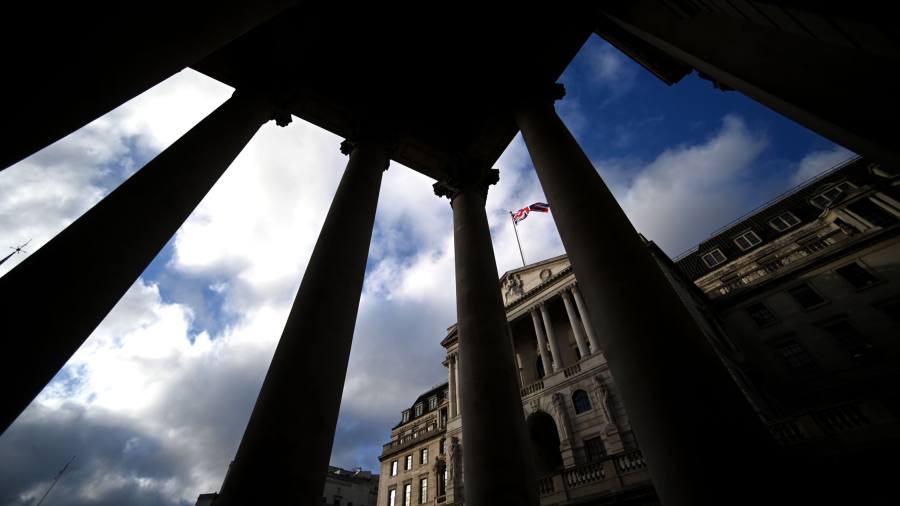 Global stocks slipped on Thursday, as investors assessed contradictory economic data emerging from the world’s biggest economy and reacted to a gloomy set of forecasts for the UK.

Wall Street’s S&P 500 fell 1.1 per cent in early trading, while the tech-heavy Nasdaq Composite shed 1.4 per cent. London’s FTSE was 0.6 per cent lower as UK chancellor Jeremy Hunt announced a £55bn “consolidation” of the country’s finances and acknowledged the economy was in recession.

UK output will return to pre-pandemic levels at the end of 2024, the Office for Budget Responsibility has said, more than two years later than the fiscal watchdog estimated in March. Unemployment will rise by 505,000 from 3.5 per cent to peak at 4.9 per cent in the third quarter of 2024.

Sterling was trading 0.9 per cent lower against the dollar at $1.181 immediately after Hunt’s statement to parliament, extending a decline earlier in the day. Gilts sold off across the board — the 10-year yield traded 0.07 percentage points higher on the day, while the two-year yield rose 0.13 percentage points to 3.11 per cent.

Data out on Wednesday showed UK inflation surged to a 41-year high in October, accelerating to 11.1 per cent from 10.1 per cent in September on the back of rising energy and food prices.

The reading adds to pressure on the Bank of England to raise interest rates from the current level of 3 per cent when it next meets in December. Silvana Tenreyro, an external member of the BoE’s Monetary Policy Committee, warned last week that UK rates were already higher than they needed to be, however.

Paul Dales, chief UK economist at Capital Economics, said Hunt had “protected the economy by loosening policy for the next two years and implementing the tightening in the following three years”, but that UK interest rates would still have to rise to 5 per cent to contain inflation.

The moves come after US retail sales climbed more than expected in October, rising 1.3 per cent, more than the 1 per cent rise forecast by economists. Another batch of data on Wednesday showed US manufacturing output rose 0.1 per cent in October, slightly less than the 0.2 per cent increase predicted.

In US government bond markets, the yield on the two-year Treasury note was unchanged at 4.36 per cent, while the yield on the benchmark 10-year note rose 0.03 percentage points to 3.72 per cent. Yields rise as prices fall.

Asian equities fell on Thursday, adding to losses in the previous session.