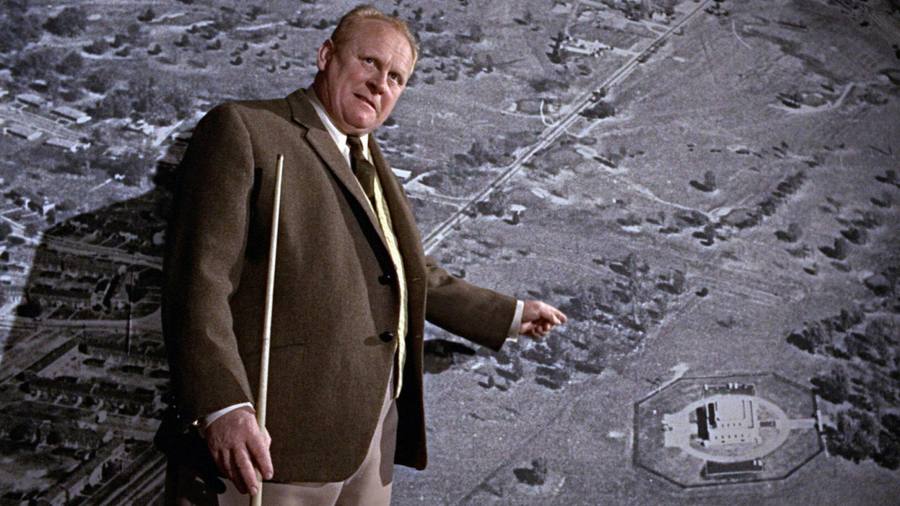 Sign up to myFT Daily Digest to be the first to know about Gold news.

In the plot to the 1964 James Bond classic, international gold smuggler Auric Goldfinger hatches a dastardly plan to enrich himself and his outsized gold holdings by setting off a Chinese-made atomic bomb at Fort Knox, the home of the US gold reserve.

Goldfinger’s rationale is that the nuclear fallout will render the US bullion unusable for many decades, impeding its mobility through the international financial system, and in so doing lift the value of his own unaffected supplies, thus making him the richest man in the world.

It’s a crazy plan by anyone’s standards. And yet, the bifurcation at its heart may have more relevance to 2021 than many appreciate.

Why? Under the new Basel III banking framework, which came into force for all bullion centres other than London in June, not all gold assets will be considered equal.

In compliance with the net stable funding ratio (NSFR) rule, bullion held by banks in unallocated form will fail to qualify as a zero-risk asset. This means only gold that can be demonstrably allocated to specific entities will be considered safe enough to qualify for net stable funding purposes (ie as good as cash), making this far more attractive to hold on bank balance sheets than the unallocated sort.

To say the rule is a monumental reversal for the industry is probably an understatement. Ever since Richard Nixon broke the US dollar off its gold peg 50 years, banks have benefited from being able to pool and reuse gold in a fungible way among customers. The fact that they may not be able to do this cost effectively represents a rare de-financialisation of sorts.

In theory, the rule poses a risk to the value of gold held in paper form only. Or so, at least, say the retail-focused gold bullion dealers who have long circulated rumours that the gold system is hugely under backed by true holdings of the yellow metal.

Yet, despite predictions of certain doom for those who dared to hold their bullion in pooled investment vehicles, there’s been a curious lack of fallout thus far.

Apart from a moderate flash crash on August 9, which saw the price of gold fall 4 per cent to $1,680 per troy ounce and recover swiftly thereafter, the market has been showing remarkable resilience to any switch in holding preferences by key bullion-dealing banks.

Could that imply fears about the toxicity of gold derivatives issued by financial institutions have been hugely overhyped by gold promoters who, like Goldfinger, are more interested in inflating their own positions than improving system stability?

Definitely — but it could also be too early to tell. The NSFR doesn’t come into force in London, probably the most important bullion-dealing centre of all, until January 2022.

Others have argued the impact won’t be known until the higher costs of dealing with unallocated gold are passed through to the gold manufacturing and processing industry — or the clearing and settlement systems that still depend on gold.

That might have less of a bearing on mature financial systems that operate almost exclusively in central bank digital transfers, but it could have a sizeable impact on less sophisticated systems that depend on liquidity accessed through gold collateral.

For example, when the Taliban lost control of Afghanistan in 2001 they raided the central bank coffers, removing all the gold and cash reserves. In this scenario, the gold’s allocated status made little difference to its security.

This time round, as the Taliban reseize power of the national central bank, they won’t be inheriting any physical reserves at all, says Ajmal Ahmady, the former governor of Da Afghanistan Bank. The vast majority of the state’s cash and gold is held in custodial accounts in the New York Fed and can only be accessed via legally recognised title.

The set-up qualifies as an unallocated framework (since the gold is on loan to New York) but it’s hardly a weakness in this scenario.

Having one’s gold reserves suddenly rendered illiquid is a scary thought for those countries that still depend on them. There are only four gold clearing banks. Between them they service many of the world’s central banks, offering important liquidity services in exchange for gold collateral or gold loans. When they do so, as the London Bullion Market Association warned in 2020, this is largely on an unallocated basis.

The LBMA fears if it becomes too costly to offer such deals, this could prompt any one of these institutions to exit the business entirely, which could undermine market liquidity and even collapse the gold clearing system.

It’s a good job, then, that Basel’s “Operation Grand Slam” may have been nipped in the bud by the British at the final moment. The Bank of England’s Prudential Regulation Authority determined in July that banks clearing trades through London could apply for an exemption. And, bizarrely, despite the regulatory arbitrage coup this would be for the London market, there’s been precious little international blowback just yet.

Izabella Kaminska is the editor of FT Alphaville