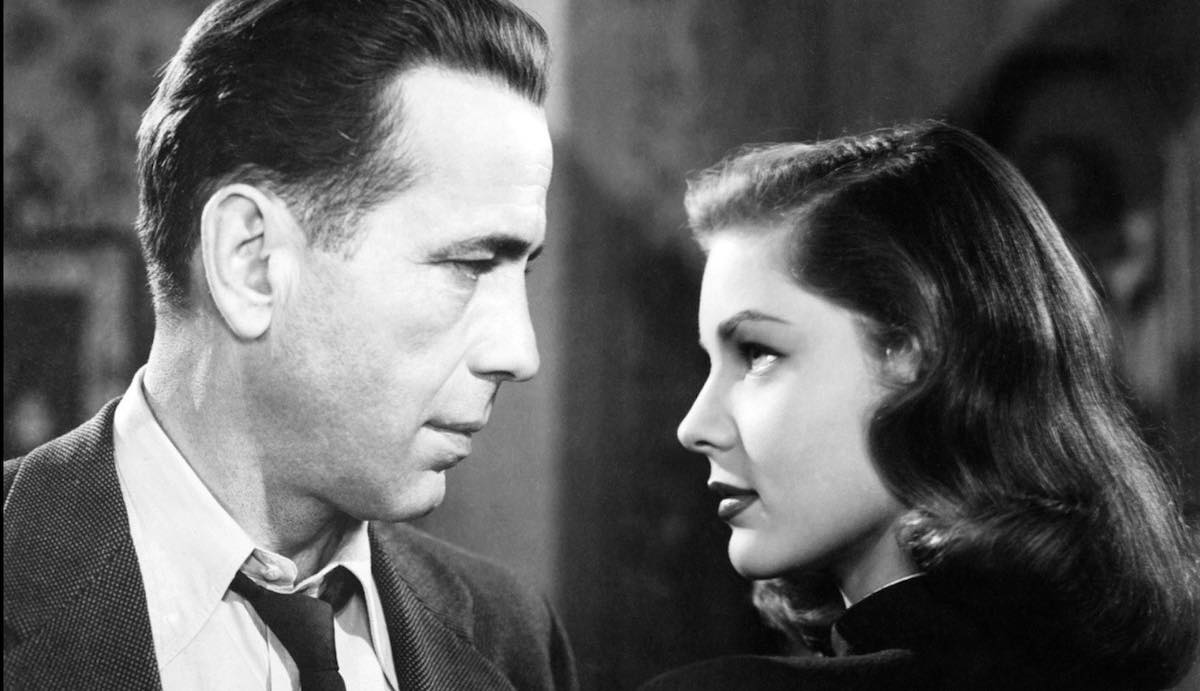 75 years ago today, The Big Sleep, an American film noir starring ‘Bogie and Bacall’ was released.

The plot involves a grizzled private detective in England investigating a complicated case of blackmail turned murder involving a rich but honest elderly general, and his two loose socialite daughters.The film was added to the National Film Registry as “culturally, historically, or aesthetically significant”, and the AFI named Philip Marlowe the 32nd greatest hero in films. WATCH the trailer… (1946)

More Good News from this date in History:

Also, 28 years ago today, Dennis Eckersley, who previously set a Major League Baseball record for most consecutive saves (40), became the first pitcher ever to record 40 saves in four separate seasons. Known for his championship play for the Oakland A’s, “Eck” played for five different teams in his 23-year career.

Born in San Francisco, the now 64-year-old won nearly every award in baseball during a career which was unique in that he was the first of two pitchers in MLB history to have logged both a 20-win season and a 50-save season as a starter-turned-reliever. (1993)

And, 42 years ago basketball legend Kobe Bryant was born. He helped the Los Angeles Lakers win three straight NBA Championships from 2000 to 2002—and two more in 2009 and 2010. He also won an Academy Award in 2018 for Best Animated Short film, ‘Dear Basketball‘. He tragically died in an aviation crash in 2020. WATCH his speech at the Oscars… (1978)

41 years ago today, David Bowie went to No.1 on the UK singles chart with ‘Ashes To Ashes‘. From the Scary Monsters album, the song continued the story of Major Tom from Bowie’s ‘Space Oddity‘—the first of five chart-toppers.

The video for Ashes to Ashes was one of the most iconic of the 1980s and cost £250,000, according to ThisDayInMusic.com. It was the most expensive music video ever made until that point, and led the way to ever more extravagant productions. WATCH it below… (1980)

And, on this day in 1989, the astounding non-violent Singing Revolution for Baltic independence reached a peak when Latvians, Estonians, and Lithuanians joined hands to form a 400-mile human chain connecting the three capitals.

Called The Baltic Way, it united two million people, roughly a quarter of the total population of the 3 states along the 650-km chain—from Tallinn through Riga to Vilniusin—in a successful bid for democracy and to end Soviet occupation. The emotionally captivating and visually stunning scene of people lining roadways publicized the unpopular Soviet rule as not only a political matter, but also as a moral, human rights issue.

The demonstration marked the 50th anniversary of the secret ‘Molotov–Ribbentrop Pact’ between Stalinist Soviet Union and Nazi Germany, which carved up Eastern Europe into spheres of influence and led to the occupation of the Baltic states after World War II. The event, organized by Baltic pro-independence movements, was designed to draw global attention to the region by demonstrating a popular desire for independence in each of the three nations, and symbolizing the solidarity among them.

On the day of the event, special radio broadcasts helped to coordinate the effort, free bus rides were sponsored in rural areas, and Estonia declared a public holiday. The demonstrators peacefully linked hands for 15 minutes, while elsewhere, priests held masses or rang church bells. The Soviet authorities responded to the event with intense rhetoric, but within six months of the protest, Lithuania became the first of the Soviet republics to declare independence. Within a year, the Soviets allowed elections in all three Baltic states, which toppled Communist control and won the Baltic states their independence. WATCH a video and learn more about this inspiring protest…