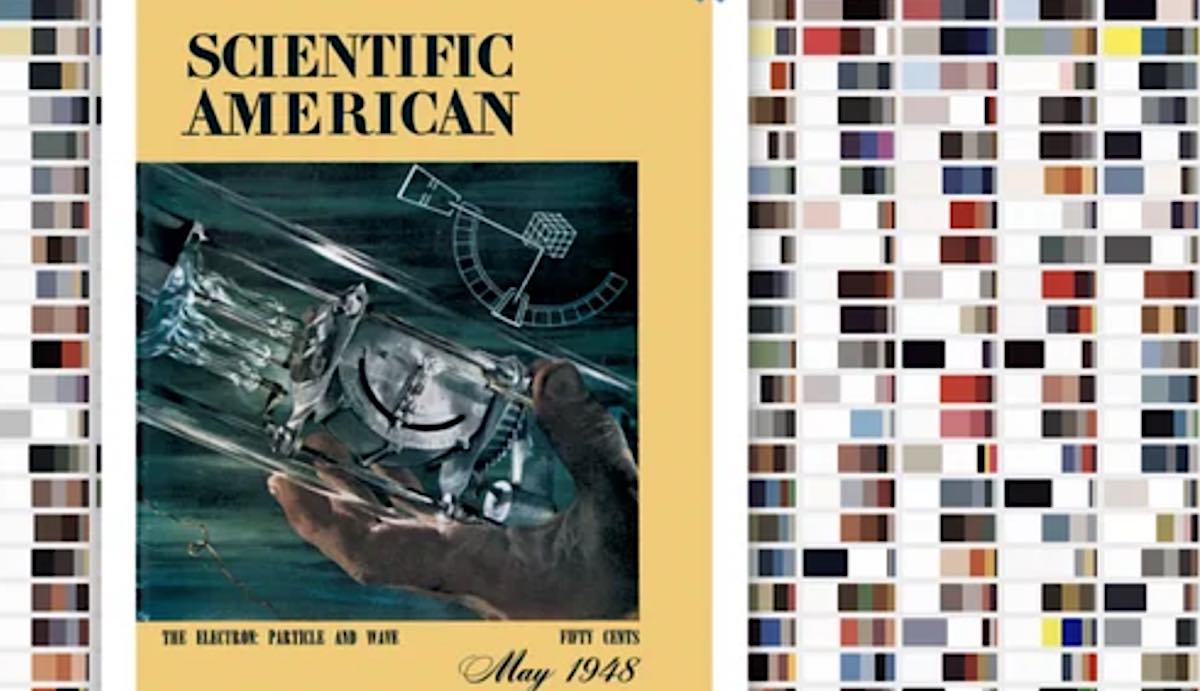 176 years ago today, Scientific American magazine published its first issue. Today, it is the oldest continuously published monthly magazine in the US.

Founded by inventor Rufus M. Porter as a four-page weekly newspaper, it usually reported on what was happening at the U.S. Patent Office, but also highlighted a broad range of inventions including one by Abraham Lincoln: a device for buoying vessels in 1860. Many famous scientists, including Albert Einstein, have contributed articles.

Now published monthly, issues include a “This date in history” section, which features excerpts from articles published 50, 100, and 150 years earlier, as well as humorous incidents, wrong-headed theories, and noteworthy advances in the history of science.

Marking a big milestone anniversary in 2020, the website presented a mix of Harry Houdini and M. C. Escher—and a deep dive into some of the most transformative, thrilling, dizzying discoveries of its first 175 years. (1845)

MORE Good News On This Day:

And on this day in 1837, pharmacists John Lea and William Perrins manufactured Worcestershire Sauce for the first time. They devised the complex recipe in Worcester, England after a nobleman of the area was eager to recreate an exciting taste he had acquired in India.

From that day forward, the ingredients used to manufacture the Lea & Perrins condiment were required to mature for 18 months before being blended and bottled into the famous sauce. The ingredient is often used in Welsh rarebit, Caesar salad, Oysters Kirkpatrick, deviled eggs, and chili or beef dishes. The sauce is also used to flavor cocktails such as the Bloody Mary.

On this date in 1963, Martin Luther King, Jr. delivered his ‘I Have a Dream’ speech envisioning racial harmony. During the March on Washington D.C. for Jobs and Freedom, he called on people to judge each other by the “content of their character.” 250,000 attended the rally and watched him on the steps of the Lincoln Memorial. King described his dreams for freedom and equality which arose in a nation of slavery and hatred. With a single phrase, Martin Luther King Jr. propelled forward the Civil Rights Movement that was fighting for equality in a nation that tolerated hatred… WATCH this famous portion of the speech.

Also, on this day in 1908, Roger Tory Peterson, the inventor of the modern field guide, was born. The American naturalist, ornithologist, artist, and educator published his groundbreaking Guide to the Birds in 1934, at age 25, and its first printing sold out in one week. The Peterson Field Guide series eventually included topics ranging from rocks and seashells, to reptiles and edible or medicinal plants. He won numerous awards, like the U.S. Presidential Medal of Freedom, after igniting in our hearts a curiosity and love for the natural world.

His guides utilized what became known as the Peterson Identification System, a practical method for field identification which highlights readily noticed visual features (field marks, as he called them) rather than focusing on scientific details. It was called the greatest invention for naturalists since the binoculars—and Peterson created the guides, unlike Audubon, without shooting the birds. WATCH a short biography…

Happy Birthday to the actor, comedian, and musician Jack Black who turns 52 years ago today. In Almost 20 years ago, Black had his breakout performance co-starring and singing in the film High Fidelity with John Cusack. He soon won leading roles in Nacho Libre, Gulliver’s Travels and School of Rock, which earned him critical acclaim and a Golden Globe nomination. He later voiced the title role in Kung Fu Panda, and co-starred in Tropic Thunder and Jumanji: Welcome to the Jungle. Inducted into Hollywood’s Walk of Fame in 2018, Black is the lead vocalist of the Grammy Award-winning comedic rock duo Tenacious D. (1969)