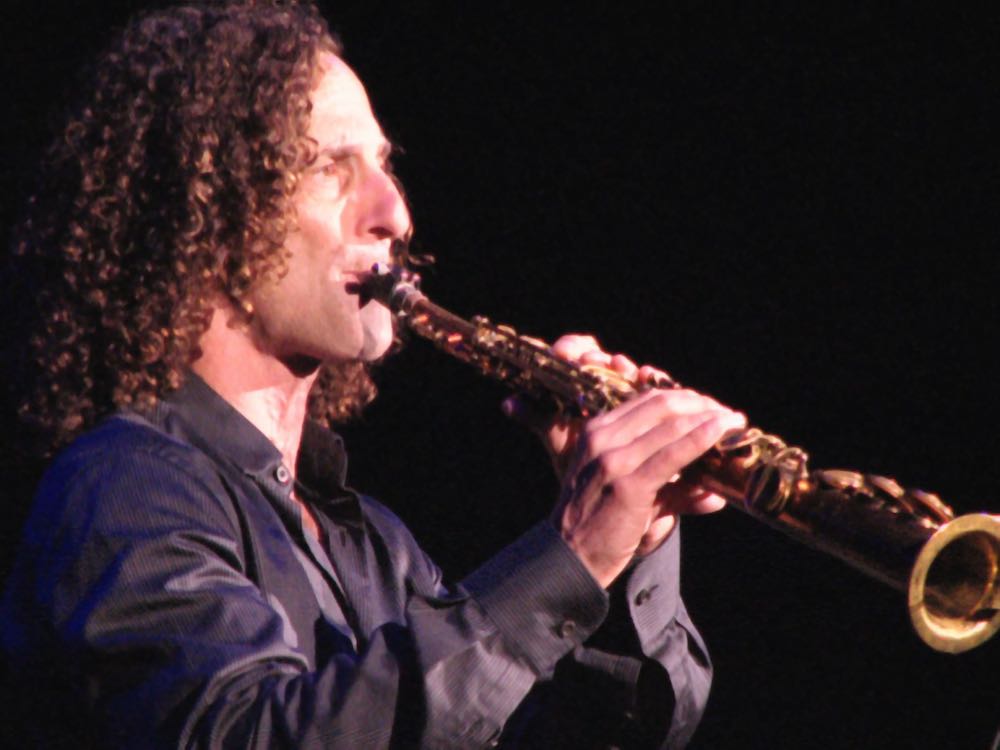 And, 24 years ago today, Kenny G set a new world record when he held a note on his saxophone for 45 minutes and 47 seconds using a technique that allows him to blow and breathe at the same time.

Now 65, Kenny G is the biggest-selling instrumental musician of the modern era and one of the best-selling artists of all time, with global sales of more than 75 million records. WATCH him explain the circular breathing… (1997)

66 years ago today, the seamstress Rosa Parks refused to obey an order from a bus driver to give up her seat to a white man and was arrested for violating Montgomery, Alabama’s racial segregation laws.

Although Parks was not the first person to ‘stand up’ in order to stay seated on a bus, her act of defiance sparked a yearlong city bus boycott that galvanized the Civil Rights Movement.

At the time, Parks was secretary of the Montgomery chapter of the NAACP and had been trained as an activist. But, on this day, she acted as a private citizen who was simply “tired of giving in”. She became an international icon of resistance to racial segregation and organized and collaborated with civil rights leaders, including Martin Luther King, Jr., a new minister in town. Although widely honored in later years for her act, she suffered, too; she was fired from her job as a seamstress in a local department store, and received death threats for years afterwards. See books on Rosa Parks, here. (1955)

The action-comedy film directed by Martin Brest and written by Daniel Petrie Jr. featured Murphy as Axel Foley, a reckless Detroit detective who visits Beverly Hills, California to solve the murder of his best friend. Judge Reinhold and John Ashton play the straight-laced Sergeant Taggart and Detective Billy Rosewood assigned to follow Axel, and later escort him to the border of Tinsel Town, but the street-smart cop determined to get to the bottom of things is too cagey to be tailed.

This first of three films in the Beverly Hills Cop series catapulted Murphy to international stardom, won the People’s Choice Award for Favorite Motion Picture and was nominated for both the Golden Globe Award for Best Motion Picture (Musical or Comedy) and Academy Award for Best Original Screenplay. It became the highest-grossing film of the year in the US. WATCH the 2-minute trailer… (1984)