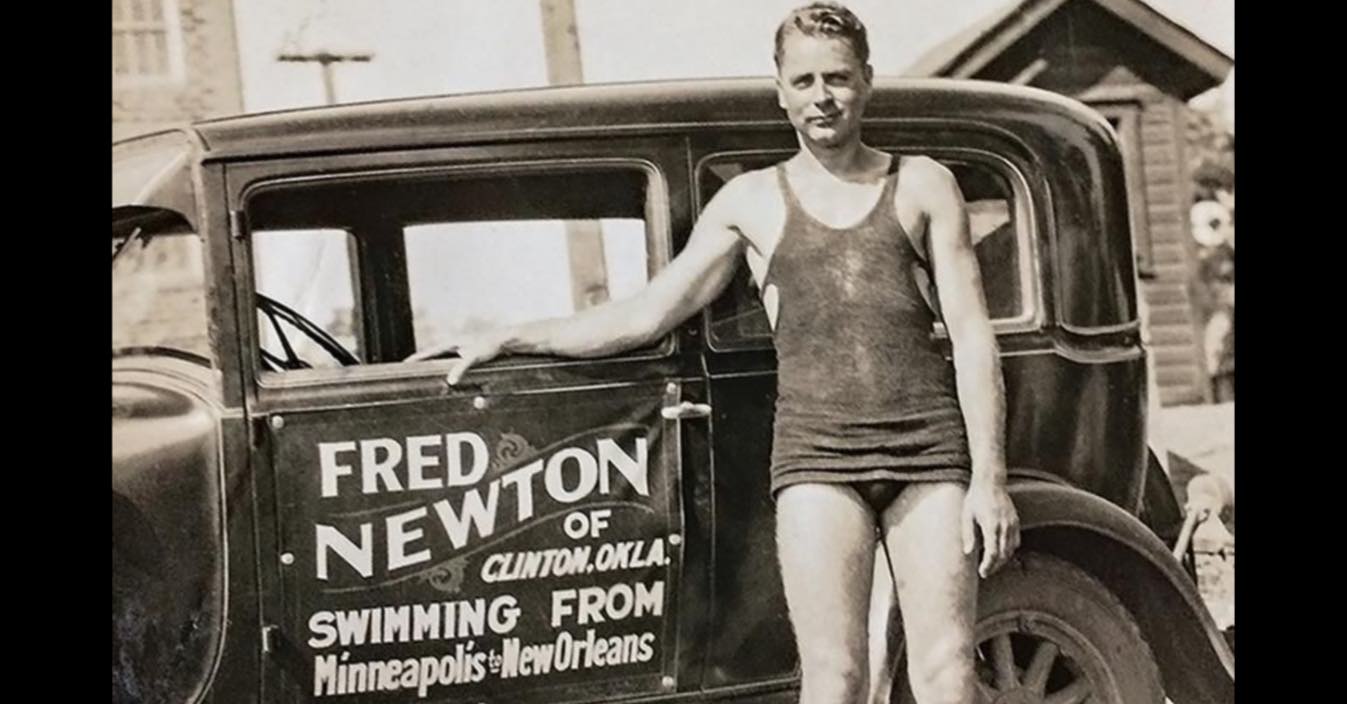 91 years ago today, Fred P. Newton became the first person to swim the length of the mighty Mississippi River.

The 1826-mile swim broke a record for the longest ever. It took him about six months to finish his journey from Ford Dam, near Minneapolis, Minnesota, to New Orleans.

The Depression-era salesman from Clinton, Oklahoma, was in the water for 742 hours and protected his body from the cold by a layer of axle grease. (1930)

55 years ago, Paul McCartney began studio work on his new song ‘Penny Lane’. Named for the street near Lennon’s house in The Beatles’ hometown of Liverpool, McCartney and Lennon would regularly meet at the Penny Lane junction to catch a bus into the center of the city. (1966)

And, 84 years ago today, Ireland was born when it adopted its own Constitution, 15 years after the Irish War of Independence and its treaty-induced interim government was established. The document committed Ireland to democratic ideals that enshrined the people as masters. It also provided the right for every child to have a free primary education provided by the State. (1937)

32 years ago today, Václav Havel, a writer and former dissident, became President of Czechoslovakia, the first non-Communist leader in more than four decades.

His political activities brought him under the surveillance of the secret police and he spent multiple stints in prison, the longest being nearly four years, but his Civic Forum party played a major role in the non-violent Velvet Revolution that toppled communism in his country. The Czech author known for his plays, essays, and memoirs served until 2003 as president of the new Czech Republic.

Upon his death in 2011 at age 75, former U.S. Secretary of State Madeleine Albright, a native of Czechoslovakia, said, “He was one of the great figures of the 20th Century.” (1989)

And, on this day in 1993, the world’s tallest outdoor bronze statue of the seated Buddha was completed in Hong Kong. Located near Po Lin Monastery and symbolizing the harmonious relationship between man and nature, the Tian Tan Buddha, is a major center of Buddhism and a popular tourist attraction in Hong Kong.

The 112-foot-tall statue (34m) took 3 years to complete and was finished on the 29th, the day the Chinese recognize as the day of the Buddha’s enlightenment. SEE how big it looks in a video below.