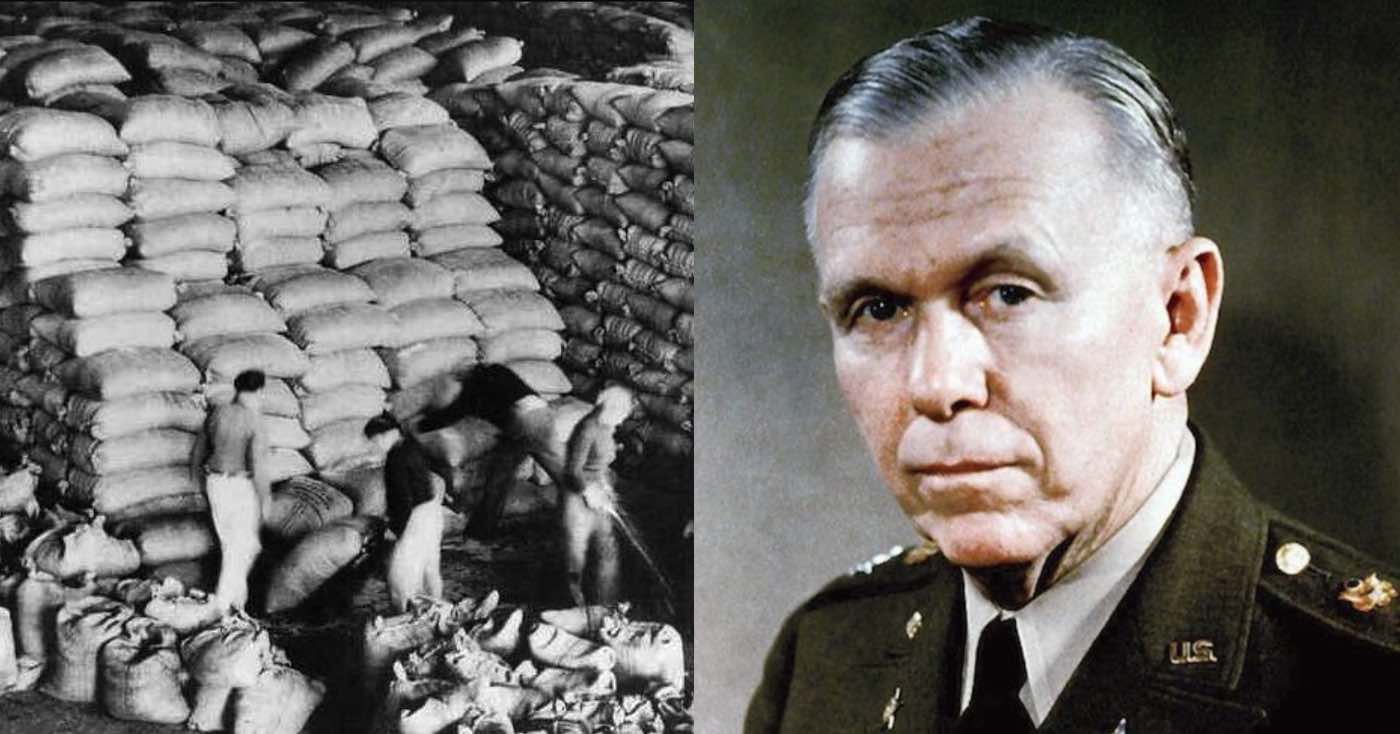 60 years ago, the U.S. Marshall Plan expired, after distributing $13 billion in foreign aid to the noble goal of rebuilding Western Europe—even their former enemies. Initiated after those countries were destroyed during World War II, the American funding effort won Gen. George Marshall, who became the U.S. Secretary of State, the Nobel Peace Prize.

Some 18 European countries received the benefits, which, if in 2020 dollars, would equal $114 billion. More aid per capita was directed toward the Allied nations, though aid was turned down by the Soviet Union. Less money went to their former Axis foes and neutral countries (and the US also provided similar aid programs in Asia).

Those 4 years of aid saw the fastest period of growth in European history. Industrial production increased by 35%. Agricultural production substantially surpassed pre-war levels. The poverty and starvation of the immediate postwar years disappeared, and Western Europe embarked upon an unprecedented two decades of growth that saw standards of living increase dramatically, which would thwart possible future outbreaks of hostility. (1961)

And on this day in 1987, Belgians and Britons who displayed heroism during the rescue operation of the March 6 Zeebrugge ferry disaster were honored: 31 people received awards for helping to save an estimated 350 passengers after the ship capsized claiming 193 lives.

The BBC reported, “One of the highest civilian awards for gallantry, the George Medal, was awarded to Andrew Parker who formed a human bridge to allow others to clamber to safety across him: ‘I had no thoughts of heroism at all.’”

Also, Happy 56th Birthday to writer Nicholas Sparks, author of the international bestseller The Notebook and 17 other novels.

Ten of his romantic-drama novels have been adapted for films with multi-million-dollar box office grosses. After growing up in Nebraska and attending the university of Notre Dame, Sparks moved from career to career until age 27 when he was selling pharmaceuticals and wrote The Notebook, which made the New York Times best-seller list in its first week of release. (1965)

Happy 78th Birthday to Sir Ben Kingsley, the English actor who has won an Oscar, Grammy, BAFTA, two Golden Globes, and a Screen Actors Guild Award. He is best known for his starring role as Mohandas Gandhi in the acclaimed 1982 film Gandhi, for which he won the Academy Award for Best Actor. You may also love his work in Schindler’s List, Hugo, and Iron Man 3, among other films. Watch a Top 10 video showcasing his best roles… (1943)

And, Happy 62nd Birthday to Val Kilmer, the actor, musician, and artist who is known for his roles in Top Gun, Willow, Batman Forever, Saint, Jim Morrison, and his iconic portrayal of Doc Holiday in the western Tombstone.

Kilmer has not been stymied by a multi-year battle with throat cancer. Though a procedure on his trachea has “reduced his voice to a rasp and rendered him short of breath”, he said in 2017 that he experienced a “healing of cancer”, and has been seen at his new art gallery, HelMel Studios in Malibu. He also spoke at the United Nations, where he was being honored for his work with his charity, the TwainMania Foundation, which educates children about Mark Twain’s legacy.

He made a triumphant directorial debut with a film about the lives of Mark Twain and Mary Baker Eddy, the founder of the Christian Science religion, to which he is a devotee. It was based on his one-man play, Citizen Twain, which earned him a 2012 Grammy nomination for Best Spoken Word.

At 17, he became the youngest person at the time to be accepted to Julliard’s Drama Division, where he wrote plays and also poetry. He is also an avid musician playing the trumpet among other instruments, and released a CD in 2007 with proceeds going to charity.

Kilmer gave their fans a sneak peek last year at the highly-anticipated sequel Top Gun: Maverick, which has been rescheduled for release in May, 2022. Maverick takes place decades after the 1986 original film with Kilmer reprising his role as Iceman, arch-rival to Cruise’s Pete “Maverick” Mitchell. He published a 2021 memoir I’m Your Huckleberry: A Memoir, and worked last summer on the film Pay Dirt, a crime heist thriller co-starring Luke Goss, with Kilmer playing the sheriff. SEE a 2018 interview with his two kids…

Happy 84th birthday to Anthony Hopkins, the actor, composer, director, and film producer, who was born to a working-class baker in Wales. Richard Attenborough, who directed five Hopkins films, called him “the greatest actor of his generation.”

His portrayal of serial killer Hannibal Lecter in The Silence of the Lambs in 1991, won him the Academy Award for Best Actor—and he’s also been awarded three BAFTAs and two Emmys. Hopkins has since been nominated for four other Academy Awards for roles in The Remains of the Day (1993), Nixon (1995), Amistad (1997) and The Two Popes (2019).

WATCH the heartfelt birthday / New Years Eve message Hopkins released, in which he says, “Today is the tomorrow you were so worried about yesterday. Young people don’t give up. Keep fighting.”

In the video, he notes that he was also celebrating 45 years of sobriety. At the beginning of 2020 he commented, “As I get older, I can cry at the drop of a hat because the wonderful, terrible passion of life is so short.” (1937)