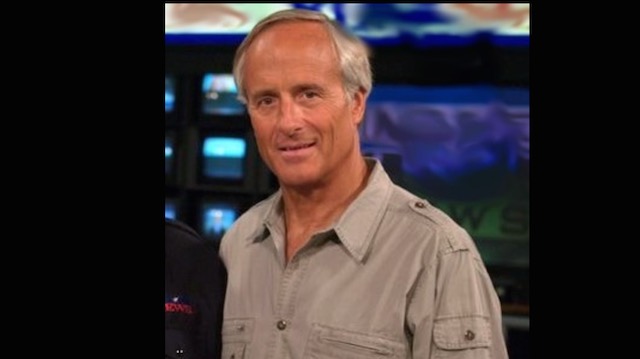 Happy 75th Birthday to Jack Hanna, the American zookeeper and Director Emeritus of the Columbus Zoo and Aquarium.

His media appearances with wild animals on TV—notably for Johnny Carson and David Letterman—have made him one of the most recognizable animal experts in the United States. He is also authored a fun book, Wild But True: Amazing Animal Facts You Won’t Believe.

He retired from public life in 2021 due to the onset of dementia. WATCH some career highlights of his episodes with animals… (1947)

A Russian immigrant in Brooklyn, he taught himself to read at age 5, skipped several grades, and got his high school diploma at 15. He sold his first short story at the age of 19, and became famous for his I, Robot and Foundation series books. (1920)

And, 43 years ago today, China broke out of its isolation and invited a U.S. ping pong team to visit. It marked the beginning of decades of warmer diplomatic ties between the two countries, and paved the way for a visit to Beijing by President Richard Nixon. Currently, China and the US are cooperating to an extent unimaginable when relations were first normalized through a friendly competition of ping pong. (1979)

And, 62 years ago today, Senator John F. Kennedy announced his candidacy for the US Presidency. In a statement from the Senate Caucus Room in Washington, DC, he said:

. . . It is in the Executive Branch that the most crucial decisions of this century must be made in the next four years—how to end or alter the burdensome arms race, where Soviet gains already threaten our very existence; how to maintain freedom and order in the newly emerging nations; how to rebuild the stature of American science and education; how to prevent the collapse of our farm economy and the decay of our cities; how to achieve, without further inflation or unemployment, expanded economic growth benefiting all Americans; and how to give direction to our traditional moral purpose, awakening every American to the dangers and opportunities that confront us.

These are among the real issues of 1960. And it is on the basis of these issues that the American people must make their fateful choice for their future.

In the past 40 months, I have toured every state in the Union and I have talked to Democrats in all walks of life. My candidacy is therefore based on the conviction that I can win both the nomination and the election. . .

For 18 years, I have been in the service of the United States, first as a naval officer in the Pacific during World War II and for the past 14 years as a member of the Congress. In the last 20 years, I have traveled in nearly every continent and country—from Leningrad to Saigon, from Bucharest to Lima. From all of this, I have developed an image of America as fulfilling a noble and historic role as the defender of freedom in a time of maximum peril—and of the American people as confident, courageous and persevering. It is with this image that I begin this campaign. (1960)

Upset with the decline of her hometown, Pratt challenged incumbent Mayor Marion Barry in the 1990 election shortly before Barry was arrested on drug charges and dropped out of the race.

Running as an outsider, Pratt Dixon, after a series of televised debates, received the endorsement of the Washington Post—and her poll numbers skyrocketed.

After her election, she made good on her promises to clean house, requesting the resignations of all Barry appointees—but by the end of her term, she’d lost crucial support across the city and did not win reelection.

Active in national Democratic politics in the 80s, she won the NAACP Presidential Award from the National Association for the Advancement of Colored People. After holding office, she founded Pratt Consulting, and currently does management consulting working with federal, state, and local agencies and non-profit groups. (1991)