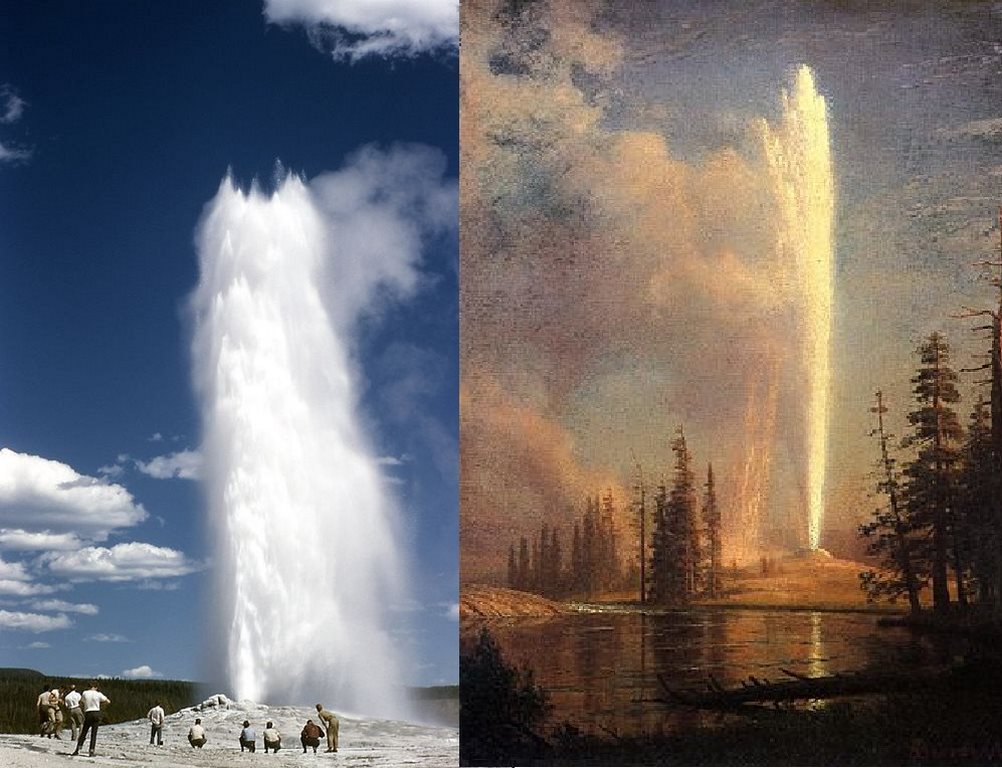 152 years ago today, a party of explorers from the Washburn-Langford-Doane Expedition traveled down the Firehole River and entered the Upper Geyser Basin, where they found an extraordinary natural feature they would call “Old Faithful”. Nathaniel P. Langford, the expedition leader wrote in his journal of the day’s discovery, noting “it spouted at regular intervals nine times during our stay, the columns of boiling water being thrown from ninety to one hundred and twenty-five feet at each discharge, which lasted from fifteen to twenty minutes. We gave it the name ‘Old Faithful.’” READ more about the world’s most famous geyser… (1870)

First things first, the regular intervals at which it discharges are due to it being separated from all the “plumbing” of the Upper Geyer Basin’s features. Intervals between eruptions can range from 60 to 110 minutes, averaging 66.5 minutes in 1939, and slowly increasing to an average of 90 minutes apart today due in theory to earthquakes altering the subterranean water table or other features.

In the early days of Yellowstone National Park, Old Faithful was often used as a laundry, with one employee writing… “Old Faithful is sometimes degraded by being made a laundry. Garments placed in the crater during quiescence are ejected thoroughly washed when the eruption takes place. Gen. Sheridan’s men, in 1882, found that linen and cotton fabrics were uninjured by the action of the water, but woolen clothes were torn to shreds.”

MORE Good News on this Day in history: 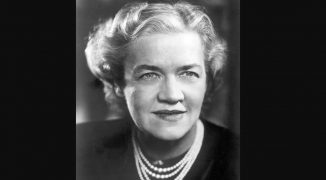 Senator Smith bravely denounced the Communist witch hunt of McCarthyism at a time when others feared that speaking out would ruin their careers. On June 1, 1950, she delivered her courageous 15-minute “Declaration of Conscience” speech, defending every American’s “right to criticize…right to hold unpopular beliefs…right to protest.”

Breaking their paralysis of fear, six other moderate Senate Republicans signed onto her Declaration. She said McCarthyism had “debased“ the Senate to “the level of a forum of hate and character assassination… with the four horseman of… fear, ignorance, bigotry, and smear,” and Republicans had hurled unproved charges with reckless abandon.

[From her speech] “I think that it is high time that we remembered that the Constitution, as amended, speaks not only of the freedom of speech but also of trial by jury instead of trial by accusation. Whether it be a criminal prosecution in court or a character prosecution in the Senate, there is little practical distinction when the life of a person has been ruined… The exercise of these rights should not cost one single American citizen his reputation or his right to a livelihood nor should he be in danger of losing his reputation or livelihood merely because he happens to know someone who holds unpopular beliefs.” (1948) 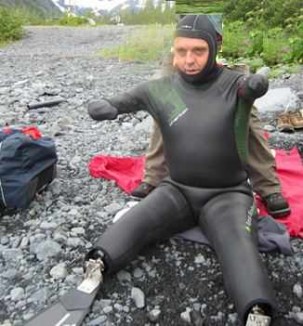 12 years ago today, 42 year-old Frenchman Philippe Croizon became the first quadruple amputee to swim across the English Channel. He trained for years, hoping to demonstrate the abilities of handicapped people, and finished the swim in under 14 hours. With the aid of paddle-like prosthetics attached to the stumps of his legs, the French swimmer completed his dream of swimming between five continents two years later. (2010)

The logo at this time was an oval, showing the Tonka Toys name in red above waves, honoring the nearby Lake Minnetonka.

A Museum in Winifred, Montana has collected more than 3,000 of the metal trucks, bulldozers, cranes, graders, and all variety of construction vehicles. 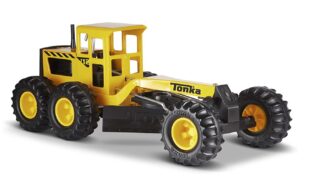 The slogan ‘Tonka tough, built to last’ has been proven true as the steel toys are handed down from one generation to the next—and still holding up. (1946)

And, 172 years ago today, Harriet Tubman fled the plantation where she was enslaved, escaping to freedom in Philadelphia. Traveling at night so she would not be seen by slave catchers, she followed the North Star that guided her 90 miles toward the Mason-Dixon line. Once passing over that border from Maryland into Pennsylvania, she would be free. 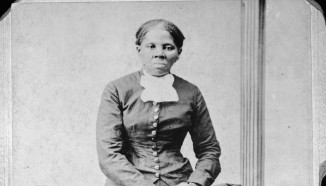 The first person to help her was a white woman who was a Quaker. She sheltered her the first night and gave her instruction on where to go next. Tubman is quoted in a biography, saying, “When I found I had crossed that line, I looked at my hands to see if I was the same person. There was such a glory over everything; the sun came like gold through the trees, and over the fields, and I felt like I was in Heaven.”

Born into slavery, the five-foot woman named Araminta (‘Minty’) Ross grew to be strong and determined. She earned extra cash for her escape by working even longer than she was required to on the Poplar Neck Plantation in Dorchester County, Maryland. Because all her family and friends were still enslaved, she subsequently undertook 13 perilous missions back to the state to bring more than 70 people to freedom and help them find work…

Having changed her name to Harriet Tubman, she traveled in extreme secrecy, staying with members of the Underground Railroad—to which the original Quaker woman belonged. The network provided safe houses and transportation for fugitive slaves. Tubman (who came to be known as ‘Moses’) “never lost a passenger.”

During the American Civil War, she served as an armed scout and spy for the Union Army, advising officers on how best to attack the South. In her later years, Tubman was an activist, with her friend Susan B. Anthony, in the struggle for women’s suffrage, and established schools that would educate freed men in South Carolina. After her death at age 90 or 91, she was buried in a ceremony with full military honors. (1849)