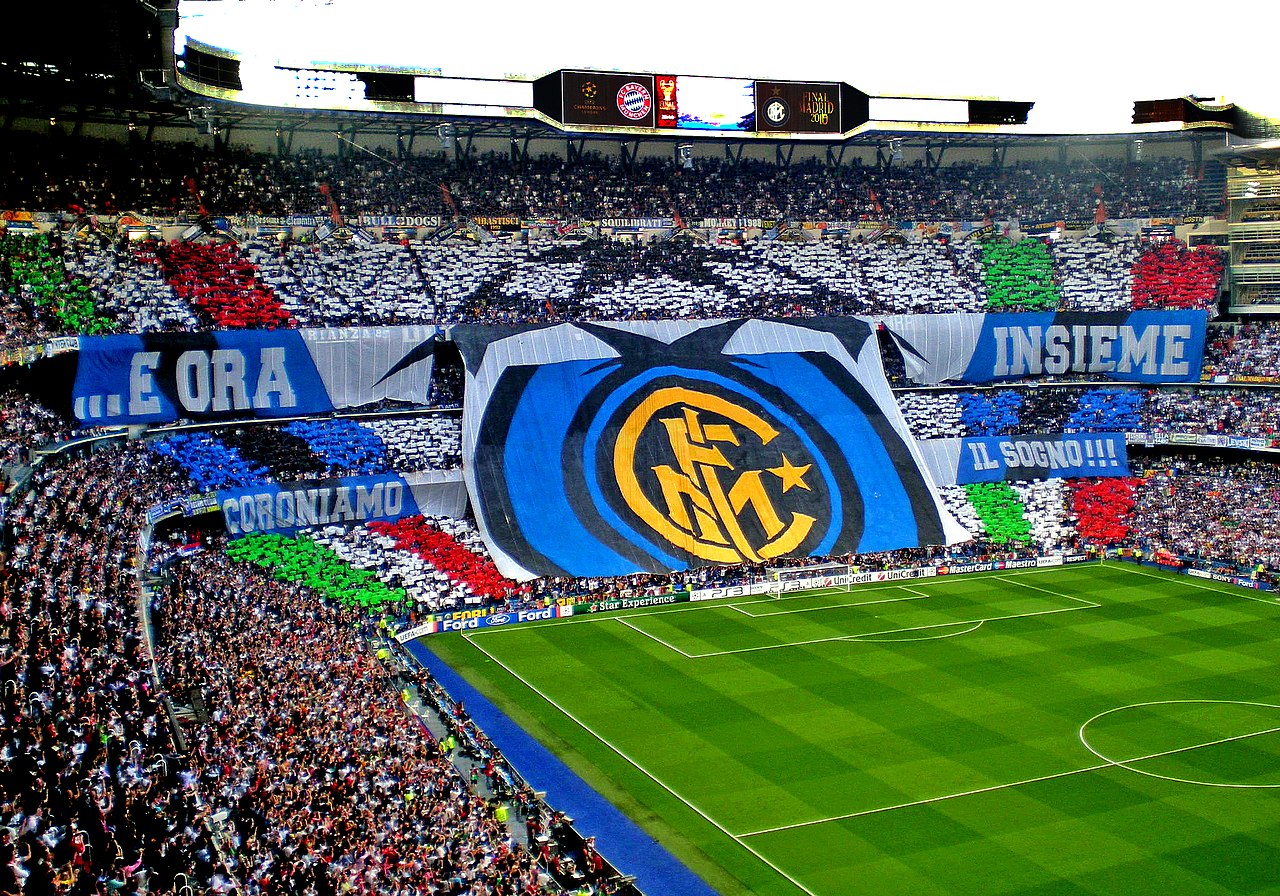 12 years ago today, Internazionale, also called “Inter” or “Inter Milan,” became the first Italian association football side in history to win the treble of domestic league, domestic cup, and European cup. Managed by Jose Mourinho, Inter beat Bayern Munich 2-0 in the final in Madrid with 2 goals from Diego Milito. Not only had an Italian squad never won all three prizes, but only four teams before them, across all of Europe, had ever made the treble dream a reality. READ how it happened… (2010)

The European Cup/Champions League has existed since 1955, giving 67 chances to make the treble. There are several teams, such as the finalists Bayern, that for decades have dominated their country’s competitions, but testament to the sheer difficulty in keeping energy and concentration levels at 100% for 9 months and almost 60 games of football, only Ajax in 1972 and PSV in 1988 did it for the Netherlands, Celtic in 1967 did it for Scotland, and Manchester United pulled it off in 1999 for England.

In 2008, Inter appointed the FC Porto manager Jose Mourinho, who immediately won the Supercoppa and title—the domestic double—in his first season. For the following campaign Mourinho signed the legendary Samuel Eto’o from Barcelona and Diego Milito—deadly finishers who were key to Mourinho’s charge to the treble, the latter scoring twice in the final against Bayern off of counter attacks, as well as finishing as the second-highest scorer in the Italian 2009-2010 season.

In Mourinho’s classic style, his team soaked up the Bayern Munich pressure; managing fewer shots, and around just a third of possession time for both halves. Unfortunately for the Germans, the board read 2-0 after 90 minutes, with captain Mark von Bommel saying afterwards that Inter “the most effective team” in terms of executing their vision for the match.

116 years ago today, the brothers Wilbur and Orville Wright were granted U.S. Patent 821,393, for their “new and useful improvement in Flying Machines.”

The aviation pioneers are credited with inventing, building, and flying the world’s first successful motor-operated airplane. It took three years to get the patent after making the first controlled, sustained flight of a powered, heavier-than-air aircraft using their Wright Flyer on December 17, 1903 in Kitty Hawk, North Carolina. The brothers were also the first to invent aircraft controls that made fixed-wing powered flight possible. (1906)

And, 24 years ago today, the citizens of Northern Ireland and the Republic of Ireland voted overwhelmingly to accept the peace plan known as the Good Friday Agreement. Negotiated and signed by 8 disparate political factions, it was designed to end 30 years of bloody conflict and bombings and establish self-rule for Northern Ireland, which had been under direct British control for 26 years. (1998)

And, 42 years ago today, Pacman, the ground-breaking video game, was first placed in an arcade in Tokyo.

Invented by a young man who loved pinball, ‘PuckMan’, as it was first called, became the most successful arcade game of all time. “When I started drafting up this project in the late 1970s, the arcades were filled with violent games all about killing aliens,” the 25-year-old told CNN. With only boys hanging out there, Iwatani wanted to make arcades into places that girls and couples might enjoy, so he designed a game with them in mind.

Working for Japanese games firm Namco at the time, Iwatani grabbed a slice of pizza from a box and had an epiphany: The remaining pizza slices formed Pac-Man’s shape, and the game of gobbling up points went on to make history. (1980)