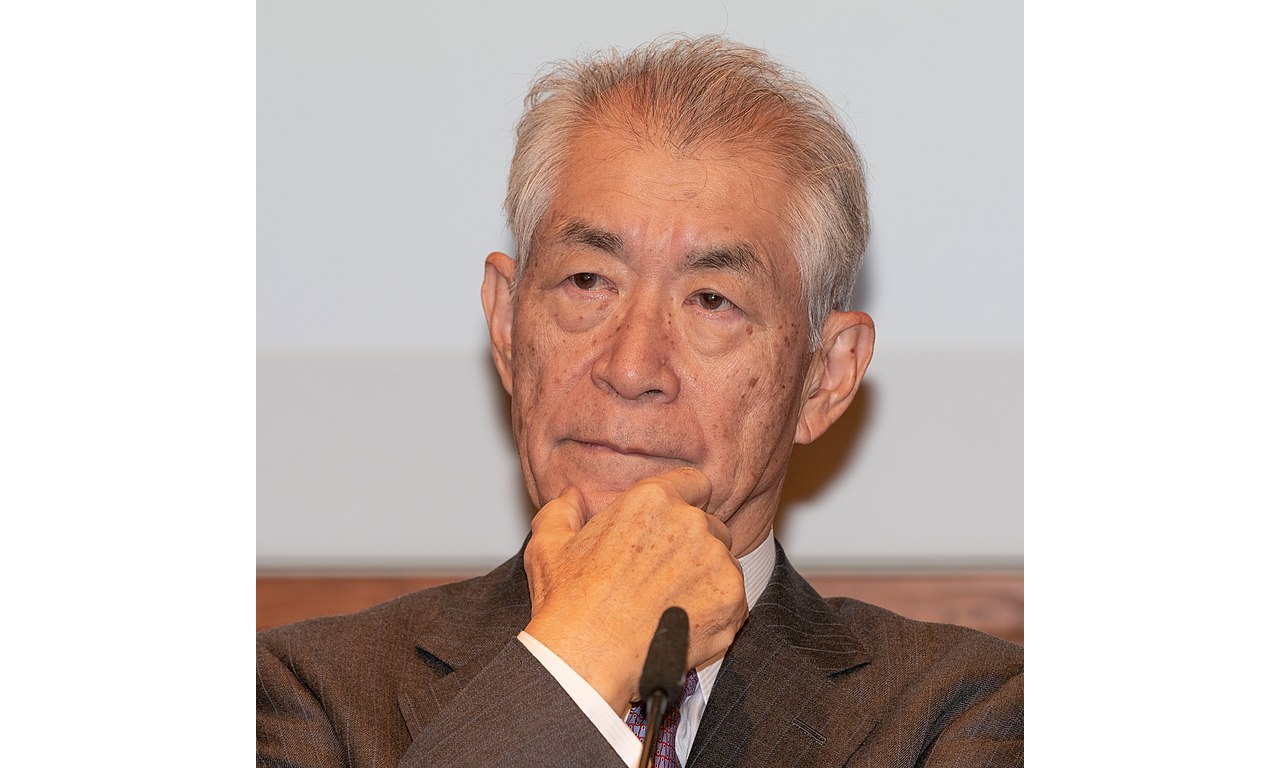 Happy 80th birthday to the 2018 Nobel Laureate, Tasuku Honjo, who was awarded the prize alongside James Allison for their work on immune checkpoint therapy, a revolutionary method of treating cancer without chemotherapy drugs. Honjo’s contribution was the discovery in 1992 of a protein known as “programed cell death protein-1” or PD1 which acted as a brake on the human immune system, stopping innate defenses from targeting cancer cells. Combined with Allison’s discovery of a similar braking protein, the pair found a way to utilize a patient’s own immune system to defeat cancer, something thought impossible not so long ago. READ more about his discovery… (1942)

“The seminal discoveries by the two laureates constitutes a paradigmatic shift and a landmark in the fight against cancer,” said Klas Kärre, an immunologist and member of the Nobel Committee. “It represents a completely new principle, because unlike previous strategies, it is not based on targeting the cancer cells, but rather the brakes — the checkpoints — of the host immune system.”

Immune checkpoint therapy blocking the PD1 protein has been shown to be effective at fighting off, and even eradicating, lymphomas, melanoma, lung cancer, and renal cancers. When paired with the blocking of CD41, discovered by Allison, it is even more effective. It even beat former-President Jimmy Carter’s cancer into remission, and has treated thousands of patients successfully.

MORE Good News on This Day:

On this date in 2010, Steve Jobs announced Apple would soon unveil the iPad tablet, fulfilling his publicly stated goal from a quarter century earlier “to put an incredibly great computer in a book that you can carry around with you and learn how to use in 20 minutes … with a radio link in it so you don’t have to hook up to anything and you’re in communication with all of these larger databases and computers.”

Also, 266 years ago today, the musical genius child prodigy Wolfgang Amadeus Mozart was born in Salzburg, Austria. By the age of five he was already prolific on the piano and violin and performing his original compositions for European royalty.

An inspiration for Beethoven, who was 15 years younger, Mozart composed over 600 works, many acknowledged as pinnacles of symphonic, chamber, operatic, and choral music, before his death at age 35. The thin, small man, “except for his large intense eyes, gave no outward signs of genius.” Some of his most renowned works were operas, such as The Marriage of Figaro, Don Giovanni, and Così Fan Tutte. You are probably familiar with Mozart melodies, even without realizing it. From the 1984 film called Amadeus, which won 8 Academy Awards, a short clip on YouTube shows an amused Mozart playing a piece composed by an inferior rival musician in the court. (1756)

And, 78 years ago today, the Siege of Leningrad in Russia was ended after 872 days; the stranglehold by the German blockade during World War II was broken allowing food and fuel to reach the city now called St. Petersburg. After the last road to the city was severed in 1941, the largest loss of life ever known in a modern city followed, with water, energy and food shortages resulting in the deaths of up to 1.5 million soldiers and civilians—and the evacuation of 1.4 million women and children. (1944)

96 years ago, Erwin Schrödinger published his theory of wave mechanics, a significant landmark in the development of quantum theory that won him the Nobel Prize.

Raised in Austria, but Irish after emigration, the physicist’s theory is known as the Schrödinger equation, and provided a way to calculate the wave function of a system and how it changes dynamically in time—the quantum counterpart of Newton’s second law in classical mechanics. (See the equation on his tombstone.)

He was the author of many works on various aspects of physics and made several attempts to construct a unified field theory. He is also known for his Schrödinger’s cat thought experiment, whereby two possible outcomes occur simultaneously—co-existing as a combination of multiple states corresponding to different choices.

In his book What Is Life? Schrödinger addressed the problems of genetics, looking at the phenomenon of life from the point of view of physics. He paid great attention to the philosophical aspects of science, though the lens of ancient philosophy and oriental concepts, ethics, and religion. He called himself an atheist. However, he had strong interests in Eastern religions and pantheism, and he believed his scientific work was a philosophical approach to the godhead, but in an intellectual sense. (1926)

Also, 77 years ago today, the Auschwitz-Birkenau Nazi concentration and death camps were liberated by the Soviet Red Army in Poland. In commemoration, today is honored as International Holocaust Memorial Day adopted by the United Nations, UK, Germany, Poland, and Denmark.

More than 200 Auschwitz survivors from all over the world will return to the location, which is now a memorial and museum. A delegation of 120 survivors from the US, Canada, Israel, Australia, and several European countries took part in the commemoration of the 75th Anniversary of the camp’s Liberation thanks to the support of the Auschwitz-Birkenau Memorial Foundation from New York City. (1945)