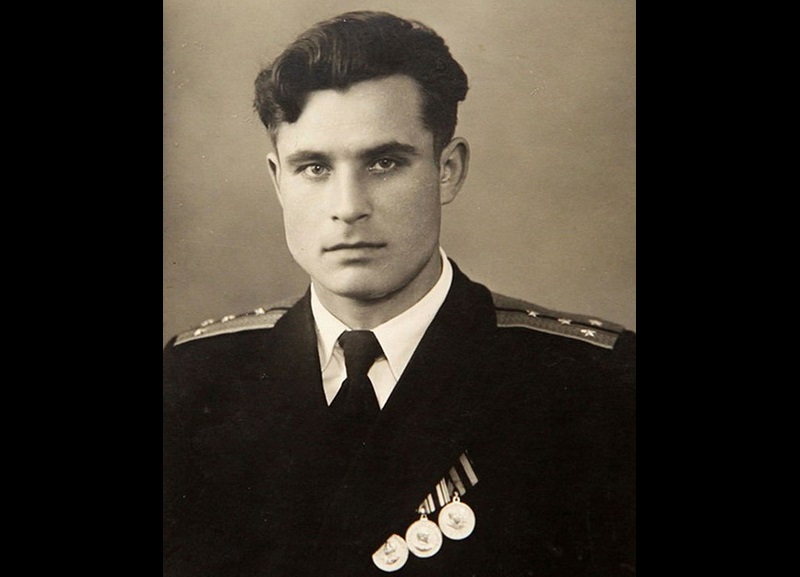 60 years ago today, one man in the right place, at the right time, did the right thing, saving the world from probably nuclear war. Vasily Arkhipov is known as the “man who saved the world,” during the 1962 Cuban Missile Crisis when he stood down the other two officers aboard the Soviet submarine B-59 over the decision to launch a nuclear torpedo salvo against the U.S. Navy. READ how it happened…

On 27 October 1962, during the Cuban Missile Crisis, a group of 11 United States Navy destroyers and the aircraft carrier USS Randolph located the diesel-powered, nuclear-armed submarine B-59 near Cuba. Despite being in international waters, the United States Navy started dropping signaling depth charges, which intended to force the submarine to come to the surface for identification.

By then, there had been no contact from Moscow or civilian radio broadcasts for a number of days. Those on board did not know whether war had broken out or not, but here were American vessels dropping depth charges near them. The captain of the submarine, Valentin Grigoryevich Savitsky, decided that a war might already have started and wanted to launch a nuclear torpedo.

Soviet submarines armed with the “Special Weapon” only required the captain and the political officer to authorize a nuclear launch, but since the B-59 also carried the submarine flotilla’s Chief of Staff, Mr. Arkhipov, the necessary yes votes required were three, not two.

An argument broke out between the three of them, with only Arkhipov against the launch. Arkhipov eventually persuaded Savitsky to surface and await orders from Moscow. His persuasion effectively averted a nuclear war which would have likely ensued if the nuclear weapon had been fired.

Almost to a man the crew of the B-59 were looked at with disgrace in the Soviet Union, though Arkhipov continued serving in the Navy, eventually reaching the position of Rear Admiral.

In a 2012 PBS documentary titled The Man Who Saved the World, his wife Olga described him as intelligent, polite and very calm. In 2002, Russian officials held a press conference in which the declassified that the B-59 had been carrying nuclear torpedoes, and Arkhipov was the reason they were not used. In recognition of his actions onboard B-59, Arkhipov received the first “Future of Life Award,” which was presented posthumously to his family in 2017.

More Good News on this Date:

Happy Birthday to comedic actor and writer John Cleese who turns 83 years old today, but is still working prodigiously on stage, screen, and print: “I feel like I’m about 43.”

Delayed because of the pandemic, Cleese just finished a comedy tour called, Why There Is No Hope, starring his own monologue followed by a set from his daughter, comedian Camilla Cleese. 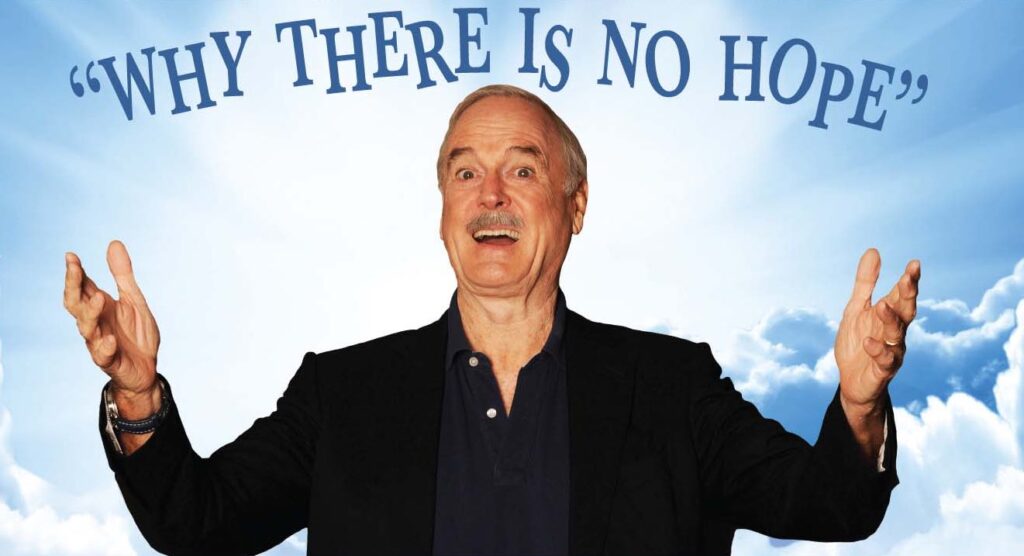 Beyond his recent work on a musical adaptation of his film A Fish Called Wanda (which he wrote) and a stage version of Monty Python’s Life of Brian, he’s set to host a new TV series exploring the ‘mind-field’ of cancel culture: John Cleese: Cancel Me.

The British series features interviews both with those affected by being cancelled and those who are behind the cancelling. He has long questioned whether it is possible to make good comedy without offending someone, and wonders aloud about our appetite for silencing those whose views we don’t wholly share—and what that says about our society.

While studying law at Cambridge, he joined the theater club because he could “make people laugh.” There, he met his future writing partner Graham Chapman, and within four years they met the other collaborators who formed Monty Python. The sketch comedy troupe’s Flying Circus television show ran for 4 seasons and became an instant comedy classic, leading to four feature films. Cleese has written books, movie scripts, plays, and an autobiography called So, Anyway.

He also wrote a tutorial last year, Creativity: A Short and Cheerful Guide. WATCH him talk about the ‘woke’ cancel culture… (1939)

And, 164 years ago day, the great American President Theodore Roosevelt was born. A writer and conservationist, during his 8-years in office (1901–1909), he became a driving force for the Progressive Era in America. Once a sickly child with debilitating asthma, he overcame his physical health problems by embracing a strenuous lifestyle, and his determined face would be chiseled onto Mount Rushmore decades later.

He was the youngest person to become president (at age 42), and campaigned with a promise to restore fairness to the average citizen—by breaking up trusts, regulating railroads, and providing consumer protection with pure food and drugs. Making conservation a top priority, Roosevelt established many new national parks, forests, and monuments intended to preserve the nation’s natural resources. In foreign policy, his successful efforts to broker the end of the Russo-Japanese War won him the 1906 Nobel Peace Prize. (1858)

67 years ago today, Rebel Without a Cause, starring James Dean and Natalie Wood, was released. The American drama film about emotionally confused teenagers was a groundbreaking attempt to portray the moral decay of American youth, with critiques of parenting styles of the day, like fathers who don’t attempt to connect with their sons. 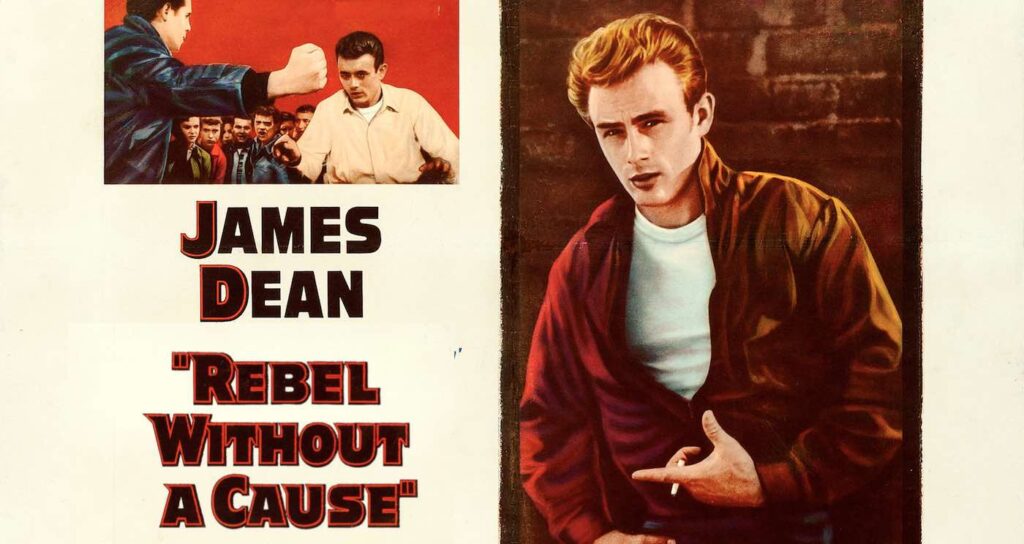 Over the years, Rebel Without a Cause has achieved landmark status for the acting of the cultural icon James Dean, fresh from his Oscar nominated role in East of Eden, who died in a reckless car accident one month before the film’s release at age 24. Despite the appealing personality and acting skill of Dean, the film was banned in New Zealand and Spain, out of fears that it would incite ‘teenage delinquency’. The beautiful Natalie Wood, supporting actor Sal Mineo, and director Nicholas Ray were all nominated for Academy awards. WATCH the trailer… (1955)