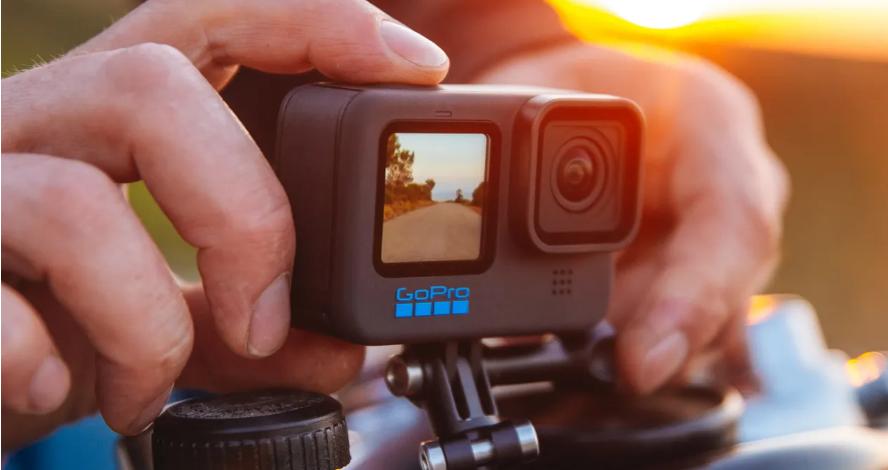 Since our kids have grown up, I admittedly don’t take a lot of video anymore. Mostly because my wife and I can be only so entertaining on camera by ourselves. So any video I capture these days is an on-the-spot thought and through the lens of my smartphone. The quality is acceptable but really flat. Yet there are always things I see that I want to capture. And for the past few years – instead of photographing something directly – I’ve often taken video instead and then gone through frame-by-frame to pick the best image to use as a photo. But the quality is often degraded, when I do that.

Not anymore. I’ve gotten hold of the GoPro HERO10 Black Creator Edition – billed as an all-in-one content capturing powerhouse that makes vlogging, filmmaking and live streaming easier than ever. This system features pro-quality 5.3K video, Emmy award-winning HyperSmooth 4.0 video stabilization, enhanced audio, LED lighting and four hours of 4K recording per charge. I honestly never thought I’d go back to a stand-alone video camera. But this is not in any way my old Sony Handycam. It’s much more portable, lightweight and durable. This particular Creator Edition package comes with a camera, mini tripod, waterproof light module, media module with microphone, battery grip, carrying case, battery, wireless remote, sticky mount for bike helmets, clips, and more. The only thing I needed to supply was the microSD card.

I don’t do much in the way of action sports – there’s no mountain biking, skateboard flips, surfing, or off-roading in my repertoire. Yet I still found plenty of application for this camera. I’ve been using it as a helmet cam on my bike and electric scooter rides, taping my golf swing at the driving range, and also following my dog around. I made time-lapse and slo-mo videos. The video stabilization is crazy good. I grabbed frames – at 19.6 megapixels, mind you – from videos to use as photos. I can also see using this as a security camera or a dashboard camera. You can play back video and photos on the camera itself or on the smartphone companion app. One thing I really like about the camera is that it has two screens: One in the rear and another in the front by the lens. The latter is important because if you’re filming yourself talking – and you’re alone – you can actually see if you’re in the frame or not. And for what it’s worth, the sound is outstanding. It even muffles the wind.

For those of you just starting a family, buying a GoPro HERO 10 seems like a no-brainer. It would be great to take videos and stills of your kids, especially at their various sporting events and birthday parties. The portability of it is amazing, because it’s so small. Plus the camera is instantly on, and the battery seems to last forever. Trust me, lugging around the Sony 20 years ago was often cumbersome. And now I’m stuck with movies on two different sizes of tape – players are no longer available, so I eventually need to get those digitized. I also owned a mini-DVD camera that lasted all of three years. So I can no longer watch the videos on the camera – nor do I own a DVD player. What I’m getting at is that having all of your videos on a microSD card that you can instantly backup in digital form into the cloud is priceless. And by the way, the companion app offers unlimited cloud backup.

Trust me: Years from now, you’ll want to watch those videos and reminisce. This camera is a great way to future-proof your memories.