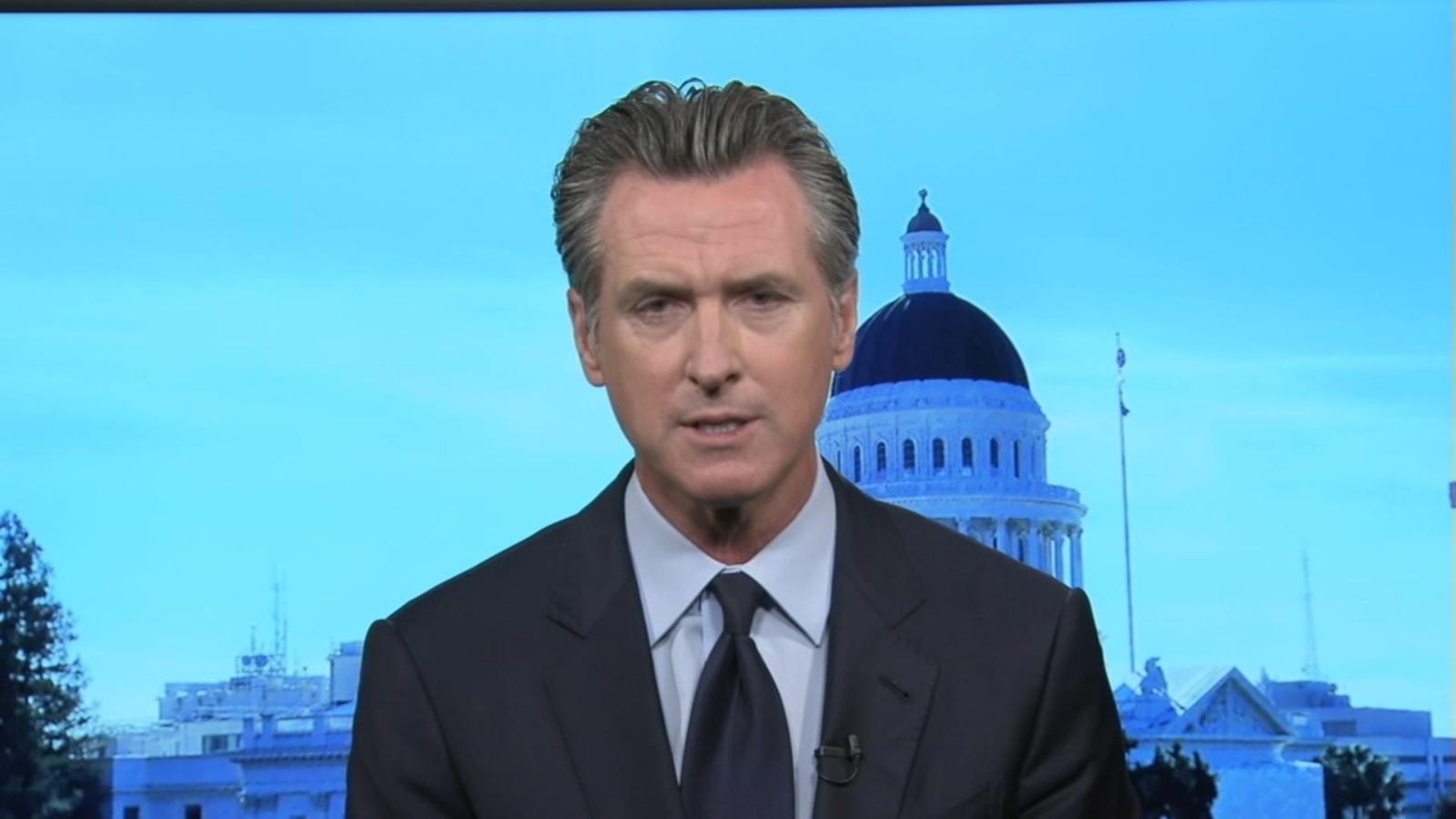 SAN FRANCISCO (KGO) — With polls showing the recall election in a dead heat, Governor Gavin Newsom is ramping up his campaign efforts and doing rare, local television interviews to get out his message.

In a one-on-one interview with ABC7 News, the Governor defended his record and warned the state could fall off a “COVID cliff” if the recall passes and a Republican replaces him.

Gov. @GavinNewsom did a rare round of local TV interviews today as he ramps up his campaign & looks to get his message out ahead of the recall.

I appreciate having a chance to talk with him about the recall, his record & advice he gets from the former governors @abc7newsbayarea pic.twitter.com/1hKt0sZQ05

“Just consider the Republican candidates running for office,” Newsom told ABC7 News anchor Liz Kreutz. “Not only do they all share one thing in common, their support for Trump. But they also support eliminating mask mandates in our public schools, eliminating vaccine verifications.”

“The leading candidate Larry Elder says he’ll do that day one,” he continued. “So, I have no interest in taking us off the COVID cliff.”

A recent poll from CBS News shows a majority of voters are supportive of California’s vaccine mandates, and now Newsom has started running on the issue.

In a new statewide television ad he compares his pandemic policies to those of the Republicans looking to replace him.

The Governor mostly kept to his talking points in the interview. Asked if he thinks any actions he’s taken as governor were a mistake, the Governor said the answer is “obvious.”

RELATED: Newsom on the attack, says candidate Larry Elder is to the right of Donald Trump

Pressed for specifics, he demurred.

“Look, it’s a difficult job balancing, managing the needs, desires, aspirations of 40 million Americans,” he said. “But I’m very proud of what we’ve done on COVID. It’s been challenging, it’s been stressful, but I think it’s important…our approach of being the first to lead with the stay at home order, I believe saved lives.”

VIDEO: What does a ‘yes’ or ‘no’ vote mean in the CA recall? We explain here

The Governor also stood by his handling of reopening schools and pushed back on criticism that he could have done more to open schools sooner.

“You have to remind yourself. December, January, February were difficult times in terms of the headwinds, the challenges we had with COVID in that winter surge, that fall surge, particularly in Southern California,” he said. “We got a majority of schools reopen by the end of the school year.”

The Governor also confirmed he has received advice from former Governor Arnold Schwarzenegger, who became governor in 2003 during the last recall election.

However, he declined to reveal the advice saying, “those conversations are private.”

“I appreciate his advice and counsel,” he said of Schwarzenegger. “All the former governors have been very helpful throughout this pandemic.”

“I’ve had some of the most remarkable, heartfelt meetings specifically with all the ex-governors — two Republicans, two Democrats — that have helped guide me and helped counsel us throughout this pandemic. Very blessed,” he added.