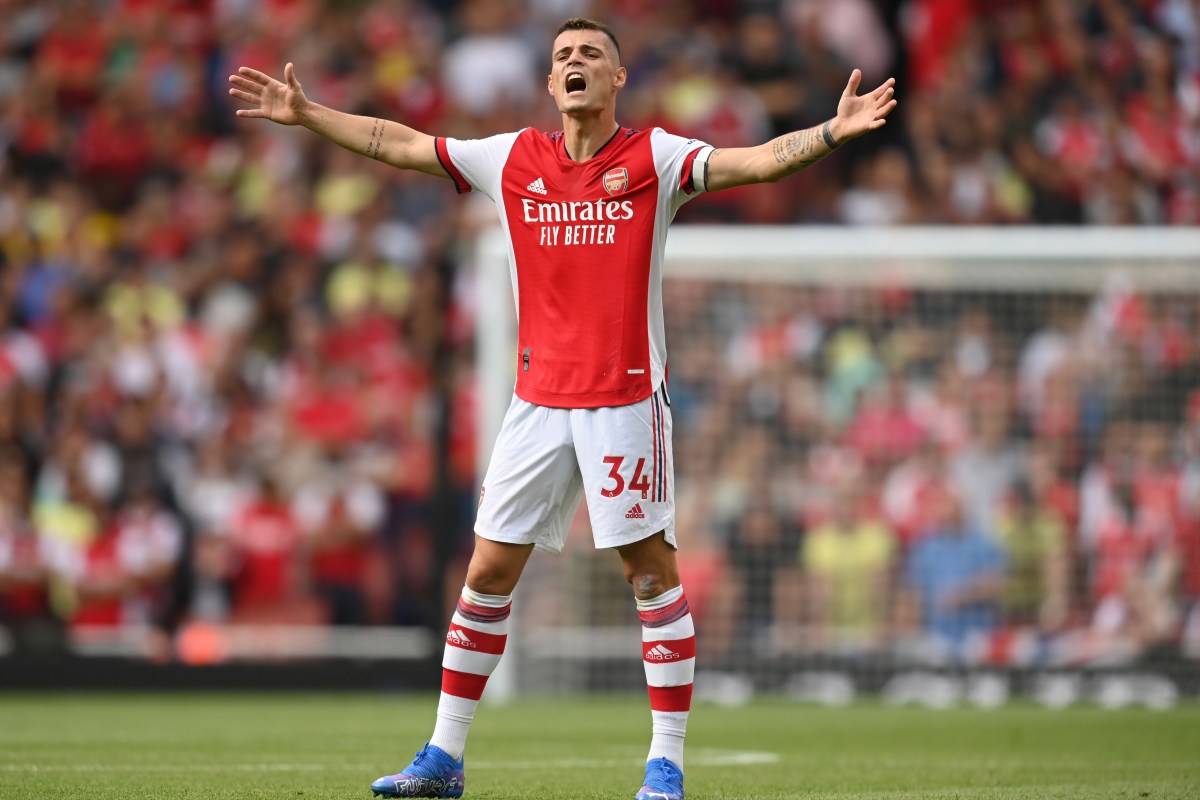 GRANIT XHAKA has hit out at Arsenal critics who booed the side off after their 2-0 loss to London rivals Chelsea on Sunday.

The Gunners put in a toothless display and the returning Romelu Lukaku took Pablo Mari for a spin.

And as a result, boos echoed around the Emirates on both the half-time and full-time whistle.

Xhaka – who started the game as captain whilst Pierre-Emerick Aubameyang manned the bench – has called on his team-mates and fans to stick together.

But also hit out at critics who are trying to “kill a little bit the players and the team.”

Speaking after the game, Xhaka said: “Of course (motivated by criticism).

“The other way is by staying together. A lot of people try to speak and to kill a little bit the players and the team.

“But the strongest thing to do at the moment is to be together, and only together will we be stronger and give the results on the pitch after.”

The stand-in captain has reiterated Arsenal‘s ambitions for the season.

The Gunners want to achieve big things according to the Swiss star, and has called for calm despite losing their opening two league games of the season.

The 28-year-old said: “We want to achieve something big, of course.

“After two games a lot of people are speaking about this team and about this club but I will say no season finishes after two or three games.

“We still have games still in front of us, we know we have to improve a lot of things and I’m sure we will do that.”

Xhaka was set to leave the club this summer with Jose Mourinho’s Roma keen, but in a dramatic U-turn the midfielder signed a new deal keeping him at the club until 2024.

“I’ve signed a new contract of course and I want to give back, first of all to our staff, and then after to our fans, and they know I will give everything – in every game and every training session.

“So yeah, I think we have to show that as a team soon.”

Arteta says fans were reacting positively despite booing at half time