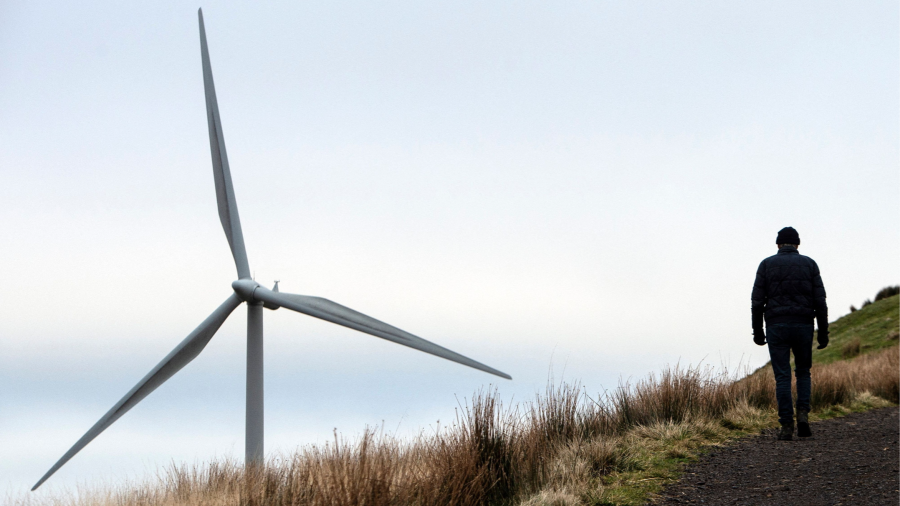 Bonds are back. After a decade or more in the doldrums, when rock-bottom interest rates made them unattractive compared with soaring equities, retail investors have been buying fixed-income products again.

Recent chaos in the UK gilts market sparked by the government’s “mini” Budget — a view on which nearly all market participants agree, whatever else Jacob Rees-Mogg may tell you — has been interpreted as a buy signal by some investors as yields have risen and prices fallen. Trading platform Interactive Investor reported a 400 per cent jump in bond sales in September compared with the previous year.

But what if you want to invest sustainably? The good news is there are green versions of gilts, which supposedly raise money specifically to invest in areas like sustainable transport, renewable energy and climate change adaptation. The bad news is that there aren’t many of them.

The UK raised £10bn for its first green gilt in September last year at a yield of 0.87 per cent, maturing in 2033. That yield rose to 4.6 per cent this week, before markets calmed as evidence of the government’s U-turn on its tax cuts emerged.

A second 32-year green gilt, yielding 1.41 per cent, raised just over £6bn the following month. At one point this week it yielded 4.7 per cent.

Plenty of other countries have offered green government bonds, though the market is still fairly new. Poland was the first in 2016. That wasn’t without controversy as some investors shunned it due to the country’s heavy reliance on coal for energy. Poland has been followed by France, Germany, Indonesia, the Netherlands, Ireland, Chile and others.

Investors may have heard of the problem of the “greenium”. This is when green bonds are actually more expensive than their conventional alternatives, because of high demand for sustainable investments. The relatively small number of green bonds in existence, combined with lots of fund managers eager to invest in ESG (environmental, social, and governance) means that they can be oversubscribed.

One good thing about green government bonds is that greeniums tend to be smaller than for corporate debt. The risk of a government bond is linked to the country itself, not whether the bond is invested in green energy or coal. Any greenium tends to be one or two basis points, if that.

Given that the yields are nearly the same and the risk equal, one question for retail investors is whether it is the right time to buy any government bonds, let alone green ones. Prices — which move inversely to yields — have fallen dramatically in the past few weeks alone: earlier this week 10-year yields were 4.56 per cent, a 360 basis point move this year. While gilts staged a comeback at the end of the week, it’s fair to say the political and economic outlook is pretty unclear for the foreseeable.

Investors I have spoken with are generally wary about saying it’s definitely a good time to buy government bonds, given that there is still so much uncertainty over inflation and interest rates.

The cloud of uncertainty hanging over UK government economic policy and the Bank of England’s approach to the markets means the prices of gilts could fall further in coming weeks.

Those looking for a bit less volatility can buy a green NS&I bond which, despite its name, is a savings instrument. Introduced alongside green gilts, you can invest up to £100,000 in these with a guaranteed interest rate of 3 per cent a year. That’s less than the best cash savings accounts now paying more than 4 per cent, but more than other leading ethical savings accounts — Triodos, for example, pays just 1.5 per cent.

Conversely, those who are happy to take more risk should consider green bonds issued by companies — though the greeniums tend to be larger here.

There are very few pure green government bond funds — Morningstar Direct counts just six out of all the European funds it tracks. Or, investors can just buy single government bonds in the secondary market, for example on the Interactive Investor platform. Noelle Cazalis, fund manager on the Rathbone Ethical Bond Fund, points out that because there are only two green gilts with longer-dated maturities, these won’t be suitable for investors with a shorter-term investment horizon.

Some investors are sceptical, arguing that [green bonds] don’t have a direct impact on what the government spends its money on

A fund that mixes corporate and government bonds helps to spread risk and widens your options.

Robin Keyte, an independent financial adviser who specialises in sustainable portfolios, says it’s not a good idea to be UK-centric with bonds, advocating a global approach to spread risk. Interactive Investor recommends two green bond funds: the Lyxor Green Bond ETF, a passive fund that tracks both government and corporate bonds across Europe and the US, and the Rathbone Ethical Bond fund, which invests in sterling-denominated bonds.

But the bigger question for sustainable investors is whether green government bonds are actually meaningful. Some investors are sceptical, arguing that they don’t have a direct impact on what the government spends its money on: it’s not as if it couldn’t use money from conventional bonds to fund a wind farm, for example, if it thought that was the best thing for the economy. The concern is that they are just a gimmick to attract ESG funds that themselves are just looking for things to tick a green box to attract investors.

Not so, argues Simon Bond at Columbia Threadneedle (who is not impartial on this topic, having lobbied the government for years to issue a green gilt). He says that while money from government bonds is in theory in one big pot, the government does commit itself to spend the equivalent amount of money on green projects. In the UK it also commits to measuring the social impact of the spending — for example, the green jobs created in building wind farms — which is helpful to impact investors.

Sean Kidney, chief executive of the Climate Bonds Initiative, argues that one of the main reasons to buy green bonds is forward looking; by showing governments or companies that there is strong demand for them, they’ll be incentivised to find new projects financed by a green bond.

Cynically, when looking at green gilts in particular, scarcity could be an issue that will benefit investors already holding them. While climate change was a priority for the previous government, it is not clear that this will be the case under Liz Truss, who is lifting a moratorium on fracking, banning solar panels on farms and, impressively for a Tory prime minister, attracting the ire of the National Trust for what its chief executive calls “the biggest attack on nature certainly in my lifetime”. Whether there will be a flood of new green gilts any time soon is doubtful.

Alice Ross is the FT’s deputy news editor. Her book, “Investing to Save the Planet”, is published by Penguin Business. Twitter: @aliceemross