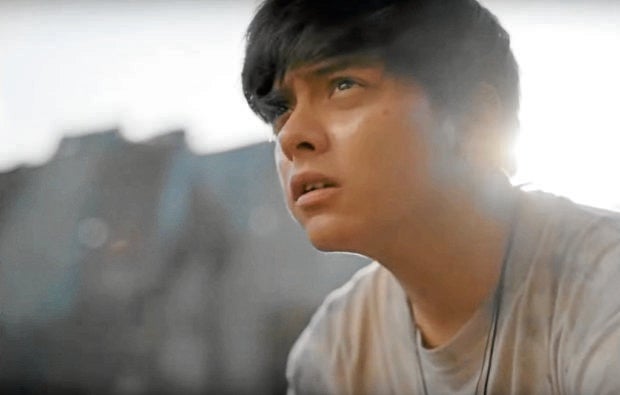 This was how actor Daniel Padilla described his latest film, “Whether the Weather is Fine” (“Kun Maupay Man it Panahon”), which depicts the chaos and devastation caused by Typhoon “Yolanda” (international name: Haiyan) in 2013.

Carlo Francisco Manatad’s film, shot entirely in Tacloban City and in the Waray language, is one of eight entries to the 2021 Metro Manila Film Festival, which will culminate on Jan. 7.

Daniel plays Miguel, who struggles with the decision of whether to stay in the ravaged Tacloban City, which he calls his home, or board a ship to escape to Manila and leave his past behind. Charo Santos-Concio plays his mother, Norma, and Rans Rifol, his girlfriend, Andrea.

“We can’t avoid or stop the occurrence of natural disasters like Yolanda. One good question to ask here is, ‘When can our country be prepared for them?’ It’s sad that whenever we face disasters, we always find ourselves feeling helpless,” Daniel told reporters during a virtual gathering to promote the film.

He then related the movie to the catastrophe caused by Typhoon “Odette” (international name: Rai) that ravaged Western Visayas and parts of Mindanao two weeks ago. The death toll has since risen to over 300, with the number of missing people reaching 60.“We’re ready to help, that’s automatic for us in the industry,” Daniel declared. “For the film, I’m just sad that its promotions coincided with reports about Typhoon Odette. This is an eye-opener. A lot of us have not experienced what it’s like to live through a catastrophic typhoon. We will be able to witness it through this film.”

As to the most painful experience while shooting in Tacloban, the actor recalled the scene they shot inside a coliseum with hired extras who actually lived the Yolanda experience.

“We were with fellow waray-waray. I could just imagine how tough it was for them to relive the moment just for the film. When we saw the look on their faces while recalling what happened, we realized that they didn’t need to act afraid. The fear was still in their eyes,” Daniel said, adding that director Carlo and his team made sure to first speak with the extras before filming. “We are grateful to all of them. They still did what they were asked to do. This showed us how strong and resilient the Waray people are.” 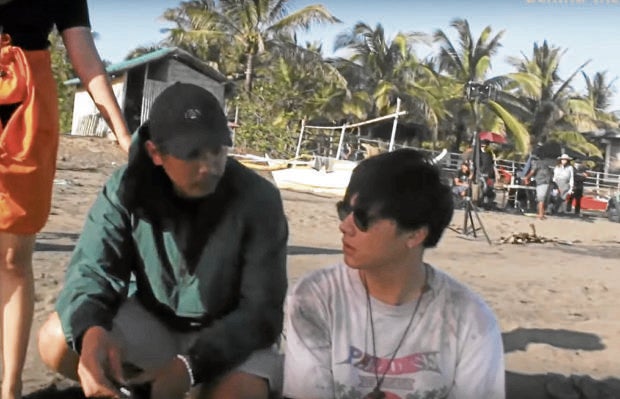 As to why he agreed to be part of a film produced outside his home studio, Star Cinema, Daniel explained that this was because of four things. “First, the film is different because this is my first movie with a story that’s based on real events,” Daniel pointed out. “Second, I agree when Ma’am Charo said that, as actors, it’s important for us to feel challenged by the projects we do. We both know that we had to do this in order for us to grow.”

“The third reason is Direk Carlo. I admit that when he first offered this to me, I had second thoughts because I felt afraid. Compared to the other directors I’ve worked with, I wasn’t sure how my working relationship with Carlo would be like since this was our first time working together. But one thing was certain, I already fell in love with the story the moment I read its script. Lastly, I’m also from Tacloban, so it’s hard to say ‘no’ to the movie,” Daniel recalled.

He also admitted to feeling nervous while working with Charo, who is a former president of ABS-CBN, his home network. “Bossing ko ito, of course, I will feel intimidated. I’m actually feeling nervous right now,” said the actor, who was seated in between Charo and Rans during the presscon. “She is a very giving actress, also very welcoming to Rans and me. It’s actually a beautiful experience.”

Daniel said he has learned a lot about himself while working on the film. “I started on this project feeling scared. I realized that I shouldn’t be like that. If I see a project that I like, I shouldn’t be afraid to take the risk,” he pointed out. 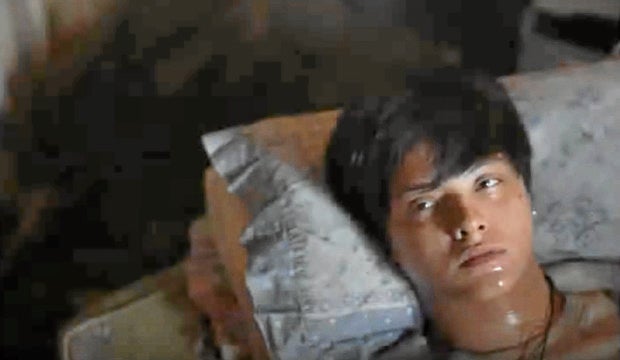 “Also, I keep hearing the comment that Carlo is a new director. This shouldn’t be a concern to me because whether a director is young or is already a veteran, he would still be able to teach me new things. At the same time, shooting this film was a different experience. I want to be able to do something like this from time to time in my career as an actor.”

Asked why he thought Filipinos keep bouncing back from great losses in their lives, he said: “It’s hard for me to answer this question because, luckily, I’ve never figured in any near-death situations. It’s hard to imagine what’s going on in the minds of our kababayan. I think it’s because life goes on.

“We can’t give up just because this happened to us. That’s where the other endearing Filipino traits come into the picture … Through this film, I was able to imagine what it was like in Tacloban back then, but the real emotions that the people there felt were really hard to duplicate.” INQ