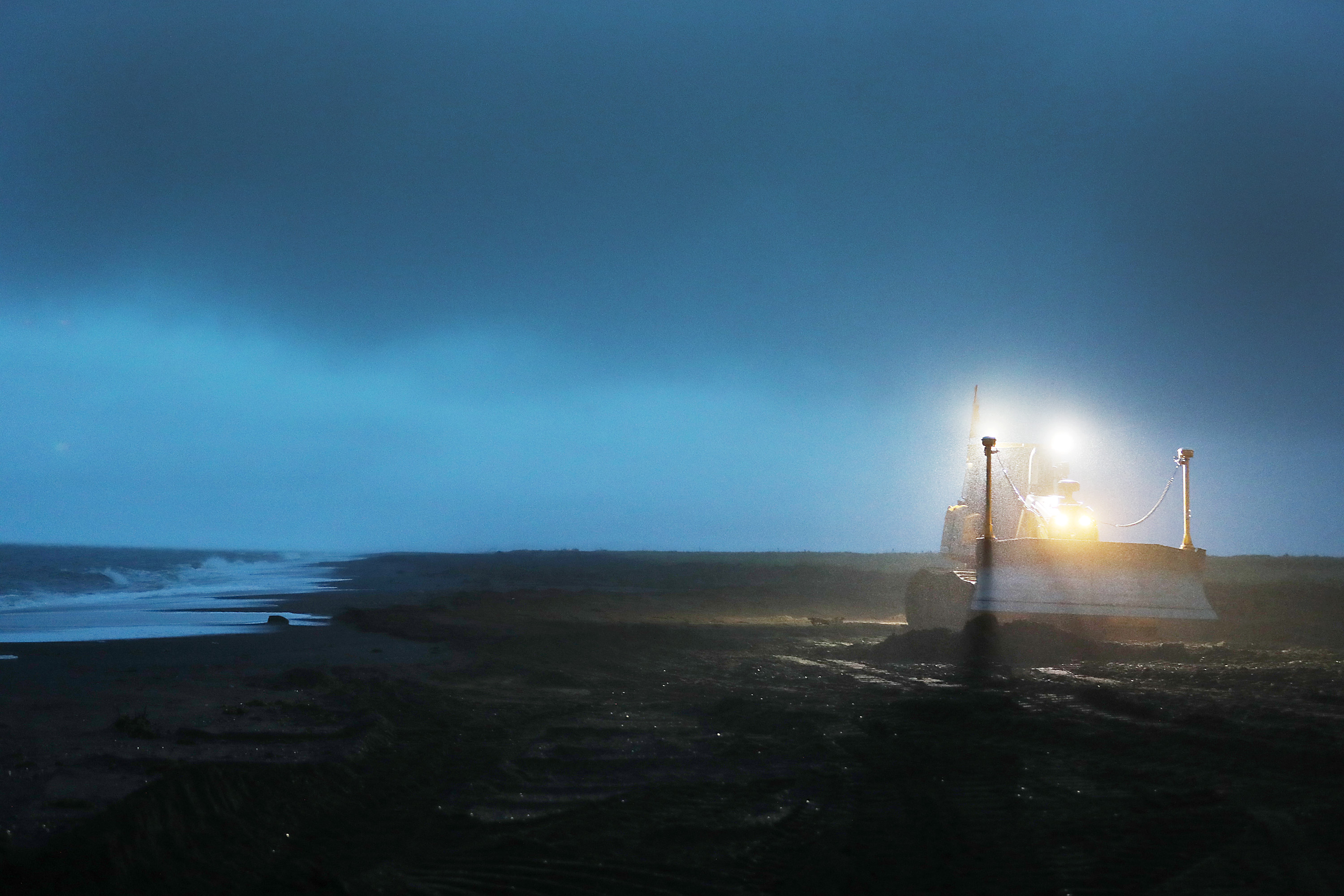 Footage from Alaska shows a storm bearing down on the state, causing flooding along its western coastline as it is impacted by remnants of Typhoon Merbok over the Bering Sea.

In a series of tweets on Saturday, the National Weather Service (NWS) posted updates about the storm, and shared videos and photos of the flooding.

“Major flooding in Golovin. The highest water levels not expected until this afternoon, flooding will get worse. Water is surrounding the school, homes and structures are flooded, at least a couple homes floating off the foundation, some older fuel tanks are tilted over,” NWS Fairbanks tweeted.

In a separate tweet, NWS Fairbanks shared images of the rising waters in Golovin, Alaska, that show groups of buildings partially submerged in water.

“Water is still expected to rise 1-2 feet by this afternoon Our thoughts are with the community,” the NWS wrote.

Meanwhile, another image showed buildings in Kotlik, Alaska, partially submerged, as well as an area nearby an airport in Unalakleet, Alaska.

Don Moore, director of the Alaska Environmental Science and Services Integration Center at the NWS, told Newsweek on Saturday that a storm of this “magnitude” isn’t typical this time of year in Alaska. He added that they are more common later in the year, when sea ice has already formed and “usually serves as a barrier for these communities to keep the waves down” and to prevent flooding.

As of Saturday afternoon, some of the worst flooding was hitting towns within Alaska’s Norton Sound region. Moore said winds pushing up from the south are exacerbating storm conditions in the area.

“As long as those winds continue to persist like that, the water will just keep getting pushed up in that direction,” he said.

However, meteorologists expect that storm conditions along Alaska’s southern coastline will improve throughout the day, but worsen in the north.

A video posted on Twitter early Saturday morning by Melissa Frey, a meteorologist with local news station KTUU/KYES, showed the town of Hooper Bay, Alaska, inundated by seawater, and what appears to be homes damaged.

Describing the situation, Frey tweeted: “Homes off foundations, power lines down, and roads under water.”

On Friday, NWS Fairbanks Office meteorologist Scott Berg told Newsweek that the “biggest impact” of the storm “is going to be flooding around homes and then over and around runways.”

“That impacts the ability of people to get in or out of there since there’s no roads that lead back into major towns like Fairbanks or Anchorage,” he said.

Alaska Governor Mike Dunleavy said Saturday that he had declared “a disaster for communities impacted by the west [coast] storm,” saying that officials have yet to receive reports of any injuries.

“We will continue to monitor the storm and update Alaskans as much as possible,” the governor wrote on Twitter.

The NWS Alaska Region reported in another tweet on Saturday that water levels in Nome, Alaska, are “now above 10 feet, exceeding the peak seen in Nov 2011 (9.86 feet).”

“Water will continue to rise into the afternoon across all of Norton Sound,” it added.

Newsweek has reached out to the National Weather Service for comment.