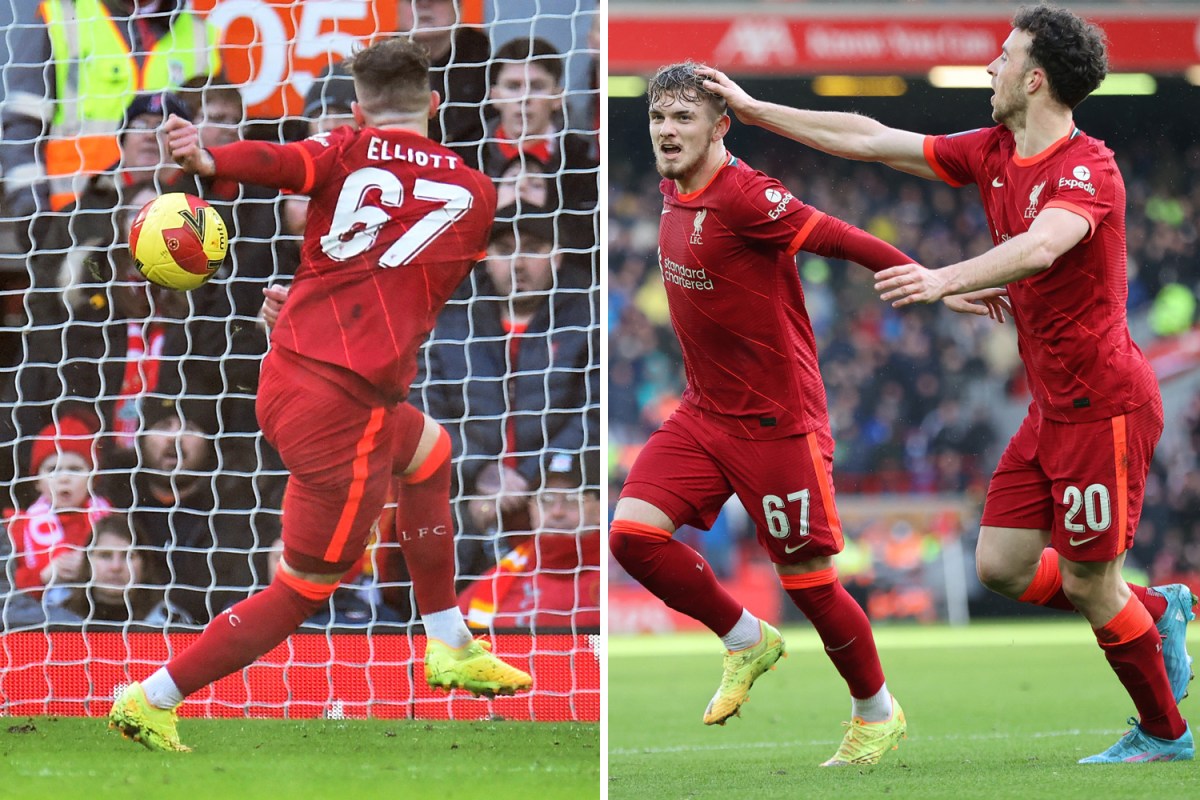 LIVERPOOL sealed their place in round five of the FA Cup with a comfortable 3-1 victory over Cardiff City at Anfield.

The Reds haven’t always had a great relationship with the competition under boss Jurgen Klopp.

But they are going great guns this term, with a home tie against Norwich beckoning next time out.

It could have been of so different, however, had they gone down to ten men when goalkeeper Caoimhin Kelleher brought Mark Harris down just 36 seconds into the second-half.

Referee Andy Madley decided that a yellow card was enough, much to Cardiff’s protestations.

Liverpool then made it 2-0 in the 68th minute, when new boy Luis Diaz profited from some terrible Cardiff defending to tee up Takumi Minamino, with the Japanese ace making no mistake.

Harvey Elliott then marked a dream return from injury off the bench, sweeping home a brilliant left-footed effort with 15 minutes remaining.

Cardiff wonderkid Rubin Colwill then gave the travelling support something to cheer, grabbing a late consolation for the visitors.