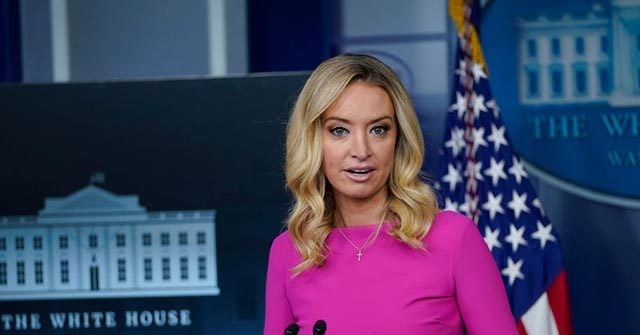 On Wednesday’s broadcast of the Fox News Channel’s “Outnumbered,” co-host and former White House Press Secretary Kayleigh McEnany stated that no Republican should announce their 2024 presidential candidacy until Georgia’s Senate runoff is completed and responded to the prospect of former President Donald Trump going to Georgia by stating that “we’ve got to make strategic calculations. Gov. DeSantis, I think he should be welcomed to the state, given what happened last night.”

McEnany stated that because there is a real chance that control of the U.S. Senate comes down to the December runoff election in Georgia. She added, “And let me just say this, every ounce of Republican energy, every last ounce, needs to go into that Georgia race because it could, potentially, be what makes or breaks the Senate, getting Herschel Walker over the finish line.”

McEnany continued, “I know there’s a temptation to start talking about 2024, no…2022 is not over. Every [bit of] Republican energy needs to go to grinding the Biden agenda to a halt. And that could go straight through the state of Georgia on December 6.”

Co-host Harris Faulkner then asked, “Does that include Trump?”

McEnany responded, “I think he needs to put it on pause, absolutely. Look, he’ll make that decision. He’ll make his own decision, but if I’m advising any contender, DeSantis, Trump, whomever, no one announces 2024 until we get through December 6.”

Faulkner then asked, “Do you see the former president, a need for him to go to Georgia?”

McEnany answered, “I think we’ve got to make strategic calculations. Gov. DeSantis, I think he should be welcomed to the state, given what happened last night. You’ve got to look at the realities on the ground. And Herschel Walker, we’ve got to win the Senate.”