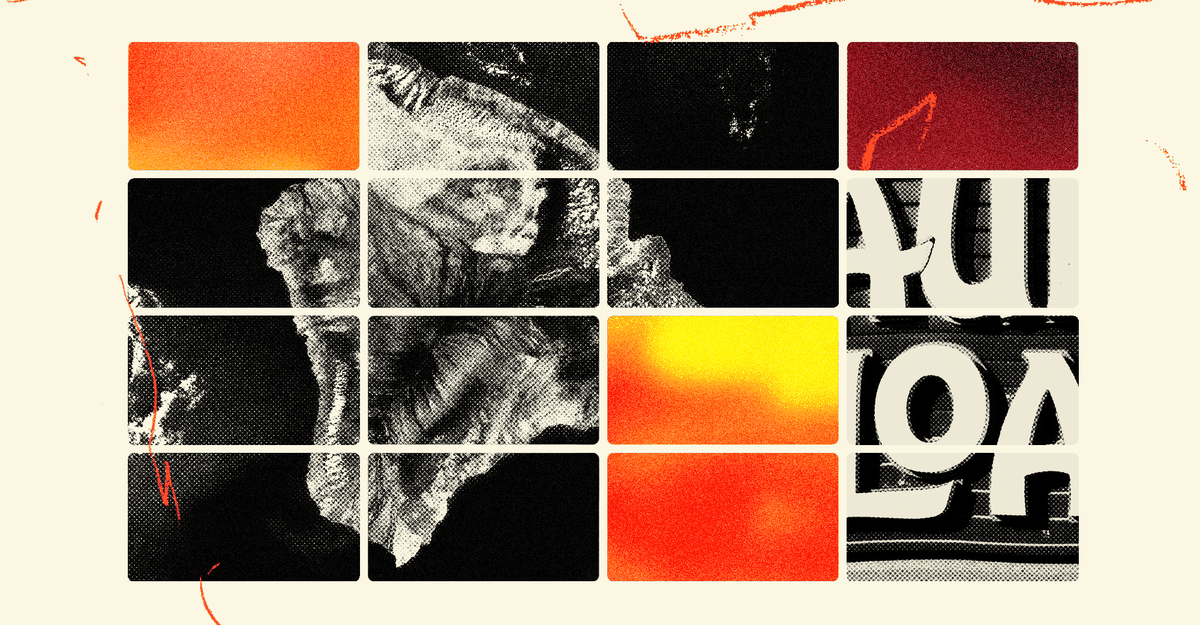 The world’s largest volcano is erupting for the first time since 1984. Hawaii’s Mauna Loa, a giant mound of a volcano that looks so much like Mars that researchers actually hold Mars simulations there, has stirred. Authorities say the eruption does not threaten any local communities; no evacuation orders have been issued.

For scientists, it’s an exciting development. I talked with Jess Phoenix, a volcanologist with a personal connection to Mauna Loa: It was the first volcano she ever worked on as a volunteer researcher (“basically like an unpaid intern”) at the beginning of her career.

We discussed the significance of the eruption—and what to expect in the days to come.

Our conversation has been edited and condensed for clarity.

Caroline Mimbs Nyce: For someone who’s never been there or isn’t familiar with Mauna Loa, could you explain a little about what it looks like and why it’s special?

Jess Phoenix: Mauna Loa is the kind of volcano that defies the visual stereotypes that we all carry in our heads. We usually think of the conical, pointy inverted V as a volcano. But Mauna Loa is an entirely different type of volcano from those. This is called a shield volcano. It gets its name from how it looks—like a warrior’s shield laid on its side. So essentially, we’re seeing a very gentle slope. You might think it was just a very large hill.

And when I say very large, I mean if you’re there, you can’t even fit the entire volcano in a standard camera lens. It is more than 70 miles long and more than 60 miles across. From its base on the seafloor to its summit—which is almost 14,000 feet above sea level—it is taller than Mount Everest.

Nyce: Talk to me a little bit about this eruption and what you’re watching as a volcanologist.

Phoenix: Mauna Loa has a really long and storied eruptive history, and it’s been at this game for a million years, give or take. It’s erupted more than 30 times since just the 1840s. This eruption is really amazing for volcanologists around the world, and particularly those with the U.S. Geological Survey who monitor these volcanoes, because we have so much better technology to capture this information as it comes in. You can imagine how much scientific instrumentation has improved in the 38 years since Mauna Loa was last actively erupting.

The eruption started in the summit. At the summit of Mauna Loa, there’s a big caldera—and that comes from the word cauldron, so if you imagine a big, round container where active lava has erupted, that’s what we’ve got. Nobody lives there; nobody lives near there. There’s not much on Mauna Loa, especially near the summit.

The eruption began in the summit, and then it moved on to one of what we call the “rift zones”—the Northeast Rift Zone. If you imagine lava forcing its way to the surface through rock fissures, that’s basically what a rift zone is. It’s an area where lava erupts through the fissures in the rock. The one to the northeast has produced lava flows in the past, in the 1840s and 1880s, that actually reached the town of Hilo, Hawaii. So we’re really trying to keep an eye on this, because we—scientists on the island and around the world—want to know what this eruption is going to do.

Mauna Loa eruptions can last for a matter of days or weeks to many months, or even from one year to the next. Its next-door neighbor Kīlauea tends to go for longer, be more sustained. Mauna Loa does a lot in a short amount of time, usually, but that’s not set in stone, to make a terrible geology pun.

Nyce: What should we expect from the next couple of days? Is it just impossible to know what the timeline looks like?

Phoenix: You are 100 percent correct. We are in basically the chaos time, where you have as many scientists as possible with as many resources as possible out there documenting everything. One of the most critical documents they started to produce—and actually, they just released a preliminary one—is a hazard map that shows where the lava flows are currently sitting. That allows the government and local agencies to warn people if they need to leave. Right now, that’s not the case.

Nyce: Could you put this eruption in the context of eruptions this year or this decade? Is this a big one for you all in the volcano community?

Phoenix: There is a scale that we use to rate volcanic explosivity; it’s called the “volcanic-explosivity index.” And—oh, my goodness—on a scale of zero to eight, Hawaii is rated a zero to one. It is usually so nonexplosive—it’s very oozy—that they classify those types of eruptions as “Hawaiian style.” So anywhere in the world, if you see a lot of oozy lava and not an explosive eruption, it’s going to be called a Hawaiian-style eruption.

Nyce: So it’s not the high-drama type?

Phoenix: No. I mean, it is if you live there and the lava happens to be advancing toward your house. But this isn’t the kind of eruption that is going to disrupt life as a whole for people on the planet. This is a localized eruption, and it’s expected.

Basically, this is not significant in terms of how many people it’s going to kill. It’s hopefully not going to kill or injure anyone. But this is important for us scientifically, because we have so much better data capture than we used to, and there’s just more data. We have satellite data, on-the-ground data, thermal imagery, gas sensors. This is going to provide us with information on how volcanic eruptions evolve and unfold. And hopefully, we can use this information to help inform public-safety decisions both in Hawaii and around the world.

The other thing to note is that this gives us more insight into this specific volcano too. And it is the world’s largest, so it does have the ability to literally build and move land on the island of Hawaii. The volcano itself makes up 51 percent of the Big Island’s surface, so basically, it is the island of Hawaii. Anytime it wakes up, it’s kind of like, Okay, we need to see how this is going to play out, because it can threaten population centers.

Every time something like this happens, it’s another opportunity for us to learn how to navigate the intersection of disasters and human society.

Nyce: Do you have a general philosophy on coexisting with volcanoes?

Phoenix: Oh, yeah. Volcanoes operate on geologic time, which is billions of years. The earth is 4 billion to 4.5 billion years old, give or take. Volcanism was one of the earliest geologic processes that occurred, when Earth was cooling, and it still is a remnant of Earth’s molten history. As humans, we are here for the smallest fraction of time in the scope of geologic history. We’re not going to bend the volcanoes to our will. It is up to us as a species to adapt and prepare and mitigate the risks that come from living on a living planet with a beating fiery heart.