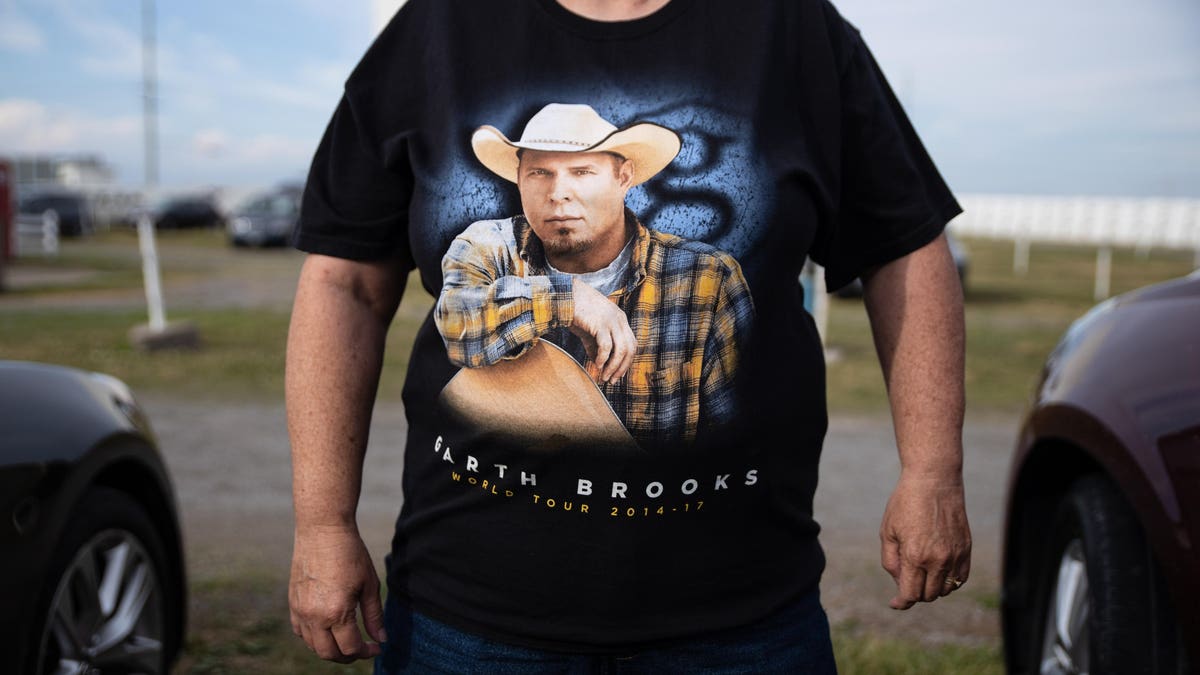 Nine Inch Nails announced Thursday they had canceled all shows scheduled for the remainder of the year, joining an expanding list of bands and solo artists that have canceled concerts due to concerns related to the surging number of Covid-19 cases throughout the United States.

Nine Inch Nails’ 2021 tour was “intended to be a cathartic and celebratory return to live music” when initially planned, but “with each passing day, it’s becoming more apparent we’re not at that place yet,” the band said in a statement on its website.

The band, which has not performed live since being inducted into the Rock & Roll Hall of Fame last November, informed fans that if they bought tickets for their shows scheduled for September in Cleveland, Ohio, they would be able to receive refunds through their point of purchase.

On Wednesday, country legend Garth Brooks announced the cancelation of his remaining 2021 concert dates, stating refunds would be offered for the approximately 350,000 tickets sold in advance.

Brooks, whose wife, fellow performer Trisha Yearwood, had previously contracted Covid, said in a statement that when he restarted his tour in July, he “sincerely thought the pandemic was falling behind us,” but after “watching this new wave, I realize we are still in the fight, and I must do my part.”

Last week, Stevie Nicks, citing the rise in Covid-19 cases, which she stated “should be of concern to all of us,” canceled each of the five performances she was scheduled to make over the remainder of 2021.

In a Twitter post, the 73-year-old Nicks said that while she is vaccinated, she is “still being extremely cautious.”

On Aug. 9, less than a week after performing in front of a full-capacity crowd at Lollapalooza in Chicago, Limp Bizkit announced the cancelation of their summer tour “out of an abundance of caution and concern for the safety of the band, crew and most of all the fans.”

With the delta variant sweeping throughout the country, the U.S. is averaging more than 140,000 new coronavirus cases a day, the highest daily average since early February. Several popular bands, ranging from Phish and Maroon 5 to The Foo Fighters and Dead & Co., have recently declared they will require proof of full vaccination against Covid-19 or a recent negative test as a prerequisite to attend their shows. Earlier this week, Jason Isbell and his band, the 400 Unit, pulled out of the 19th annual Bristol Rhythm & Roots Reunion after the festival said it would not require proof of vaccination or a negative Covid test for entry. In a statement, the festival’s organizers explained, “after exploring all options, we have concluded that we cannot impose a vaccine mandate or negative test policy at this time without a state mandate.”

“I’m all for freedom, but I think if you’re dead, you don’t have any freedoms at all,” Isbell told MSNBC in an interview last week. “So it’s probably important to stay alive before you start questioning your liberty.”

It’s not just artists that have decided to cancel shows. Last week, the New Orleans Jazz Fest announced that due to the “current exponential growth of new Covid cases in New Orleans and the region and the ongoing public health emergency,” the event scheduled to take place in mid-October would be pushed back to next spring. The Pepsi Gulf Coast Jam, a country music festival scheduled for Labor Day weekend in Florida, has also been called off and moved to June 3-5, 2022.

Musician Jason Isbell: I’ll Only Perform For Audiences That Are Vaccinated Or Show A Negative Covid Test (Forbes)