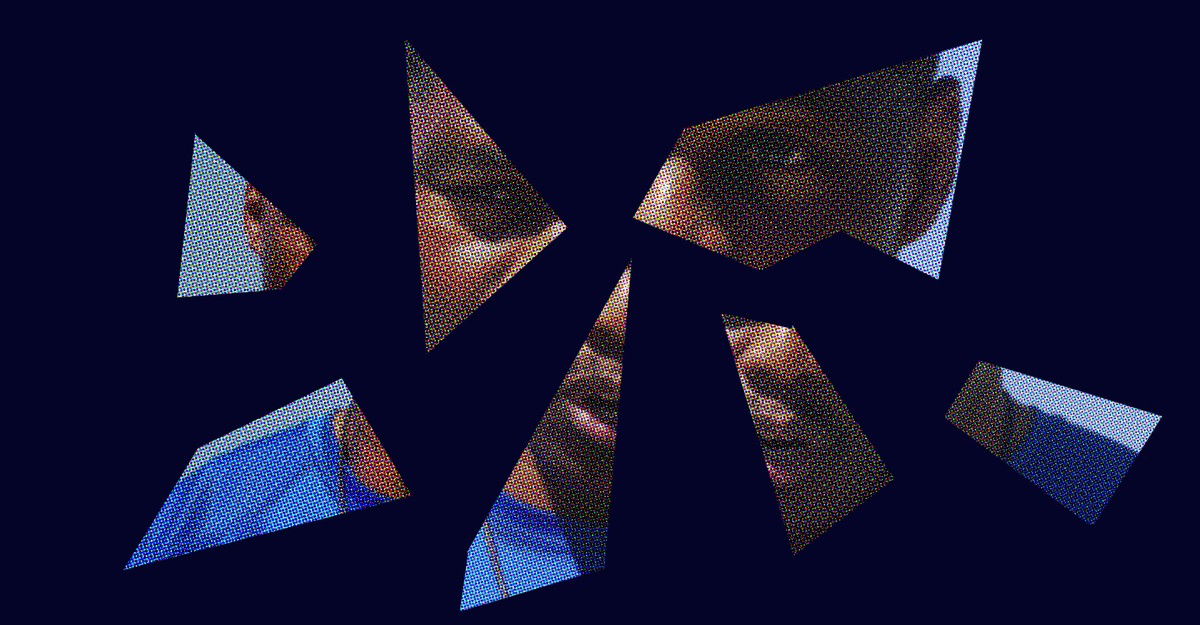 There have been plenty of awful candidates in American political history; what sets Herschel Walker apart is that he’s a wreck in so many different ways.

Walker, the Republican Senate nominee in Georgia trying to unseat Democrat Raphael Warnock, is a compulsive liar, so much so that he falsely claimed he has not made false claims about graduating from the University of Georgia. Walker’s speech is often unintelligible. His argument for why efforts to address climate change are pointless goes this way: “Since we don’t control the air, our good air decided to float over to China’s bad air so when China gets our good air, their bad air got to move. So it moves over to our good air space. Then now we got to clean that back up, while they’re messing ours up.”

Walker is an absentee father who has been critical of absentee fathers. His campaign has acknowledged that he has three children by women to whom he was not married, in addition to his son Christian by his former wife, Cindy Grossman, who has alleged that Walker threatened to kill her.

“His eyes would become very evil,” she said in an interview in 2008. “I got into a few choking things with him. The first time he held the gun to my head, he held the gun to my temple and said he was gonna blow my brains out.” Walker hasn’t denied the allegations; instead, he implied it was the result of his struggle with mental illness. (Grossman filed for divorce in 2001, citing “physically abusive and extremely threatening behavior” and secured a protective order against Walker four years later.)

The most recent revelation to roil his campaign is that Walker, who has said he supports abortion bans with no exceptions, allegedly paid for an abortion in 2009 and urged the woman to terminate a second pregnancy in 2011, which she refused to do.

Walker denies that he paid for the abortion, but for him, it hardly seems to matter. He told the right-wing radio host Hugh Hewitt, “If that had happened, I would have said, you know, ‘Nothing to be ashamed of there.’” So apparently Walker’s “no exception” stance on abortion actually includes one exception: himself.

As expected, Republicans rallied to Walker. “Full speed ahead in Georgia,” declared the president of the Senate Leadership Fund, the body’s leading Republican super PAC. “Republicans stand with him,” said the chair of the National Republican Senatorial Committee, Rick Scott. So does National Right to Life.

Ralph Reed, the founder and chair of the Faith & Freedom Coalition, frames Walker’s story as that of a man of past imperfections who has turned his life around. “Herschel’s story is one of redemption and hope,” according to Reed. He told The New York Times he believes that the new reports could increase Republican turnout by rallying social conservatives to defend Walker. Reed may be right. At a prayer meeting for Walker at First Baptist Church in Atlanta the day after the story was published about Walker paying for the abortion, a large crowd gave him a standing ovation. The church’s senior pastor, Anthony George, prayed, “We ask you to rebuke the devil so Satan will not get the victory.”

The Walker-Warnock race is crucial because it might decide control of the Senate next year. But the most important and instructive thing about the Walker candidacy is what it tells us about the Republican Party, starting with how thoroughly Trumpified it is.

Walker, a former Heisman Trophy winner, had no business running for political office at any level, let alone the United States Senate. The only reason he won the nomination is that he was Donald Trump’s hand-picked candidate. (Walker began his professional football career with the USFL’s New Jersey Generals, which Donald Trump owned. He later referred to Trump as a mentor and someone after whom he modeled himself.) This alone assured Walker of an easy primary victory. He is an archetypal MAGA candidate in a MAGA party.

Like so many who now represent the GOP, Walker displays not just a lack of interest in serious ideas but contempt for them. Benightedness is chic.

The Republican Party didn’t write a platform for its convention in 2020. And why should it have? A party platform, after all, is a formal statement of the principles and policy goals to which a party is committed. When a party becomes a cult of personality, interested in power but not ideas, platforms become extraneous.

For those of us of a certain generation, who came of age in the Reagan era, this philistinism is jarring. Conservatism has a proud intellectual tradition, and for many years its (imperfect) home was the Republican Party.

Daniel Patrick Moynihan, a Democratic senator and brilliant scholar, wrote in 1981, “Of a sudden, the GOP has become a party of ideas.” The GOP certainly has had its share of fringe figures and obscurantists. But James Q. Wilson, Gertrude Himmelfarb, Irving Kristol, Antonin Scalia, Richard John Neuhaus, Jeane Kirkpatrick, Allan Bloom, and Thomas Sowell were people of intellectual rigor. They helped shape the party’s worldview, its intellectual underpinnings, and that had great appeal to many of us. But today’s Republican Party, more populist than conservative, has become an intellectual wasteland.

Yet it hardly ends there. Republicans once sold themselves as representing family values and tradition, concerned with moral standards and civic character. They insisted on the importance of good character and integrity in political leaders. This has been exposed as utterly cynical, most obviously in the support that Republicans—many of whom savaged Bill Clinton over his moral failings—gave to Trump, whose corruptions are peerless and borderless.

Consider just the case of white evangelical Protestants. In October 2016—not long after the notorious Access Hollywood tape was released—more than seven in 10 said an elected official can behave ethically even if they have committed transgressions in their personal life. Five years earlier, only 30 percent of white evangelical Protestants had said the same. No other group shifted their position more dramatically.

That was just one way they shifted their theology to align with Trump. Another example: In 2016, Albert Mohler, the president of the Southern Baptist Theological Seminary, wrote, “If I were to support, much less endorse, Donald Trump for president, I would actually have to go back and apologize to former President Bill Clinton.” (Mohler had declared Clinton morally unfit to serve in office.) In 2020, Mohler stated that he would vote for Trump.

Bill Clinton is still waiting for his apology.

The right-wing media personality Dana Loesch, when commenting on the allegations that Walker had paid for his girlfriend’s abortion, expressed the view of many on the right when she said, “Does this change anything? … Not a damn thing. How many times have I said four very important words? These four words: Winning. Is. A. Virtue … I don’t know if he did it or not. I don’t even care.”

Translation: Abortion may be murder, but we stand foursquare with those who encourage and pay for abortions if they provide us the path to power. This is, in itself, a dramatic and depressing shift. Not long ago, those on the right reacted to each new Trump scandal with feeble explanations and justifications for his behavior. Now, as Trump’s imitators and acolytes produce scandals of their own, their defenders don’t even bother to generate excuses. They don’t care what anyone on their team says or does, and they essentially admit as much. Instead, they point to the failings of Democrats, and stress the importance of winning at all costs.

In her new book, Confidence Man, the New York Times writer Maggie Haberman tells about a conversation she had last year with Trump in which she asked about Walker’s “complicated personal history.”

“I don’t think it’s a problem today,” Trump told her. “Why is that?” Haberman asked. “Why do you think that’s changed?”

“Because the world is changing,” Trump answered. “He did not acknowledge that it was changing because he had helped change it,” Haberman wrote.

Donald Trump could not have changed the world without a party with which to do it. The GOP has turned on virtually every noble principle it once claimed to stand for. It has become a freak show, embodied in people like Trump and Walker, Marjorie Taylor Greene and Lauren Boebert, Ron Johnson and Josh Hawley, Blake Masters and Doug Mastriano, Adam Laxalt and J. D. Vance, Steve Bannon and Roger Stone, Michael Flynn and Mike Lindell, Tucker Carlson and Sebastian Gorka, Eric Metaxas and Paula White. They shape its sensibilities, providing the script for everyone else to follow.

For them and for so many people in their party and the MAGA movement, with exceptions so rare that you can almost count them on a single hand, politics have been stripped of any honor. Politics, for them, is about power in the pursuit of yet more power. Politics is purely performative, nasty and brutish, a way to stoke anger and grievances, a means to exact vengeance. That the most impressive person in the Republican Party, Liz Cheney, is the most despised, says everything.

Whatever you thought about the GOP pre-Trump—and it may be that the ugliness was much closer to the surface than I wanted to acknowledge at the time—the Republican Party is today much more conspiracy minded, anti-democratic, and anti-truth. This worries me, because I love my country. And it disheartens me, because I once admired my party. Today, however, because of its diseased state, the most urgent political task is to defeat it in the hopes of eventually rebuilding it.