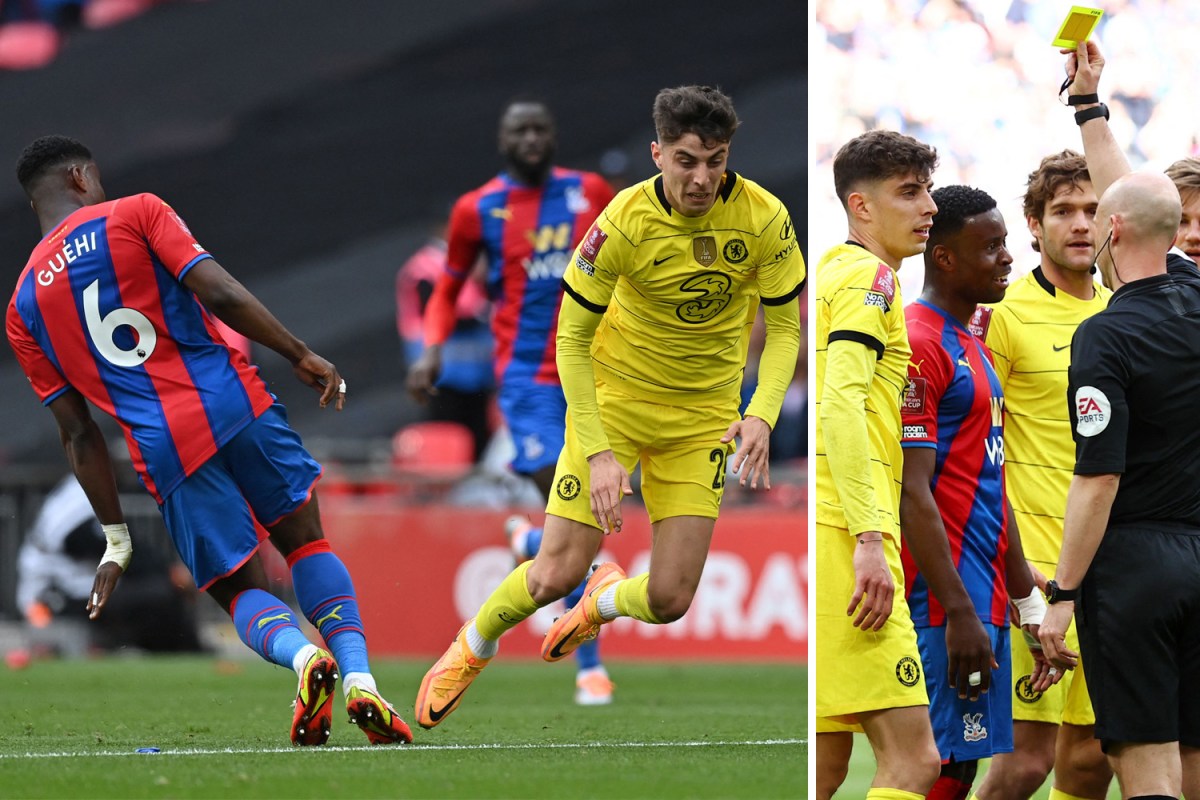 FOOTY followers branded Kai Havertz an ’embarrassment’ after he was booked for diving towards Crystal Palace.

The German led the road for Chelsea in Sunday’s FA Cup semi-final conflict at Wembley.

But with half-time approaching the scores tied at 0-0, Havertz discovered himself on the centre of controversy in Palace’s field.

Most learn in Football