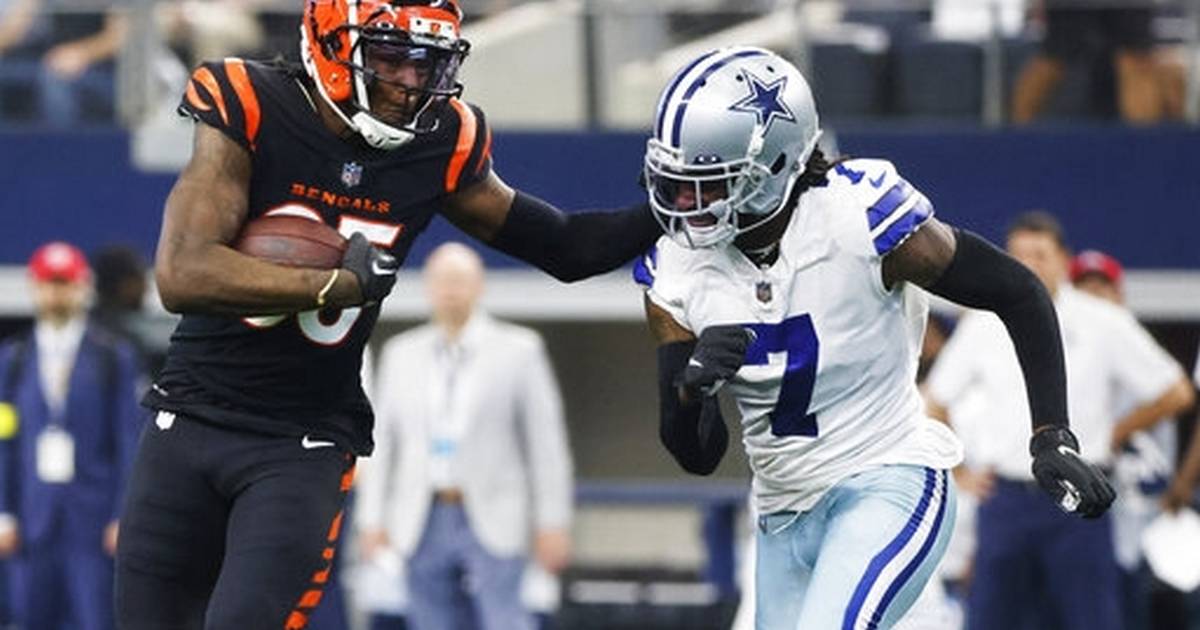 NEW ORLEANS — Bengals receiver Tee Higgins has been activated and Saints leading receiver Chris Olave has been scratched for Cincinnati’s game at New Orleans on Sunday.

The Saints’ secondary received a boost with starting cornerback Paulson Adebo being activated after the club listed him as questionable on Friday’s injury report because of knee soreness that limited his participation in practice throughout the week.

Higgins, the Bengals’ second-leading receiver with 20 catches for 315 yards and two touchdowns, did not practice Wednesday or Thursday because of his ankle injury and had been listed as questionable after practicing on a limited basis Friday.

Olave, the 11th overall draft choice last spring, has team highs of 25 catches for 389 yards, but got a concussion after making his second TD catch of the season in last Sunday’s 39-32 victory over Seattle.

Olave was limited Friday and listed as questionable, raising hopes he could play. Instead, New Orleans will be without its top three receivers, with Michael Thomas (foot) and Jarvis Landry (ankle) already having been ruled out.

The Saints are also without another of their top six receivers – and their premier return man – after Deonte Harty, was placed on injured reserve in relation to his foot injury last Sunday.

Moving Harty off of the active roster was among a series of transactions that helped the Saints elevate receivers Keith Kirkwood, Rashid Shaheed and Kevin White from the practice squad to the active roster this weekend.