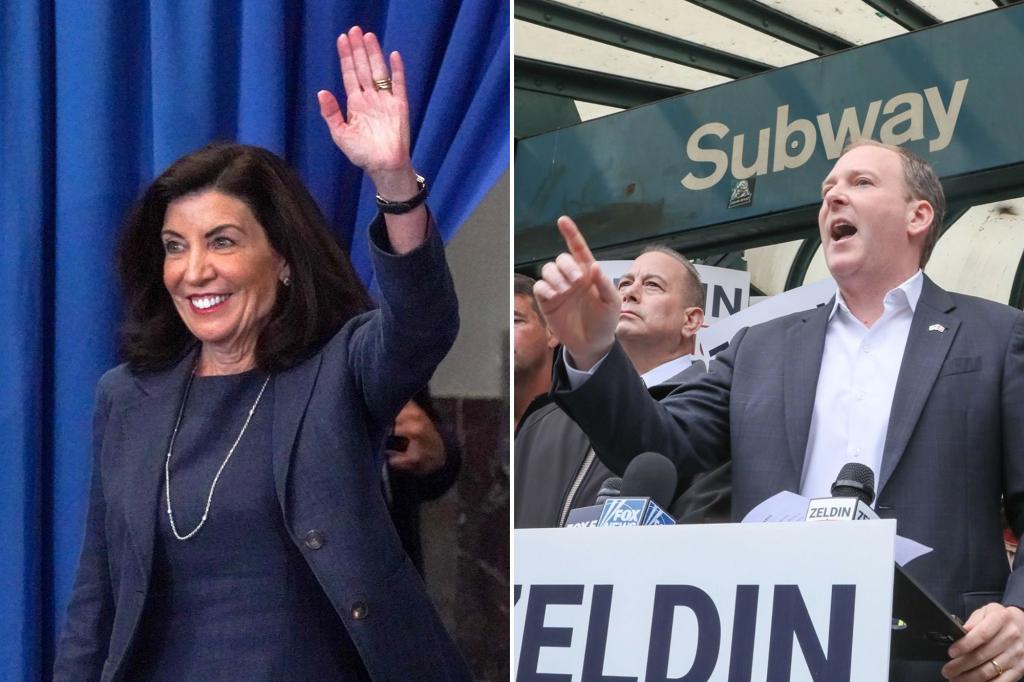 Gov. Hochul shifted blame Saturday on the state Legislature for helping her secure nearly $1 billion in taxpayer funds that critics claim she’s using as a slush fund to unethically buy votes in the upcoming election against Republican Lee Zeldin.

“Everything we do has been approved by the Legislature,” insisted Hochul, responding to The Post’s front page story while campaigning in The Bronx.

“The Legislature worked with me to put together a budget that made extraordinary investments in healthcare, education, economic development, so this is a shared success with the Legislature and myself, and I’m really proud to be able to govern over a state where we have leadership that delivers.”

The governor and her Democratic allies in the Legislature added the $920 million worth of outlays to the $220.5 billion state budget for this fiscal year in an 11th-hour move in April that government watchdogs warn is wide open to abuse.

For instance, the Citizens Budget Commission noted in a July analysis that $535 million of the funds poured into two of three “lump sum” spending programs — the Long Island Investment Fund and the Local Community Assistance Program. Those funds can be spent “for essentially any purpose” and “isn’t subject to any agreement with the Legislature.”

In recent weeks, Hochul announced two expenditures that squarely targeted the Long Island home base of Zeldin, an outgoing, four-term US representative.

One provided $50 million in funding for a competition to “attract and grow companies in the life sciences, health technology and medical device sectors” on Long Island.

The other awarded a $10 million grant to the Northwell Health network’s Feinstein Institutes for Medical Research for 26 new, state-of-the-art laboratories in Manhasset.