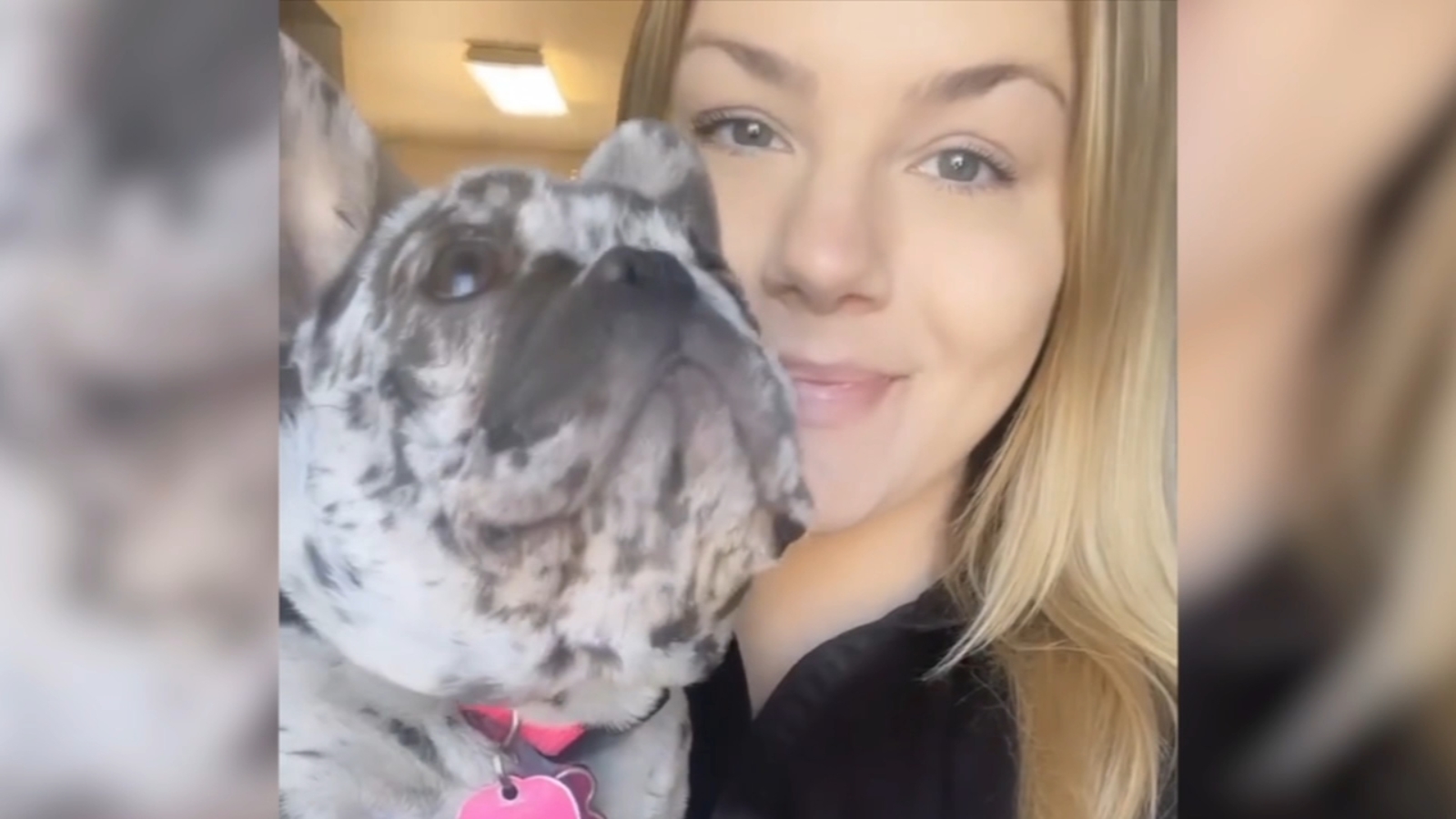 HOLLISTER, Calif. (KGO) — A Hollister woman named Amanda says she’s in a lot of pain after being attacked during what police say is the city’s first French Bulldog theft.

Hollister Police confirm Amanda came home Thursday around 11:30 a.m. and walked in on two suspects armed with handguns. Surveillance video shows her entering the home and the suspects yell inaudibly at her. A second surveillance video shows Amanda’s 10-month-old pregnant Frenchie, Melani, in the arm of one suspect as the two run out the door.

Amanda’s face is bruised and her spirits broken after the loss of her beloved cow-print puppy.

“I’m not doing well but trying to stay positive,” she said to ABC7 News.

Those with information should contact the Hollister Police Department.