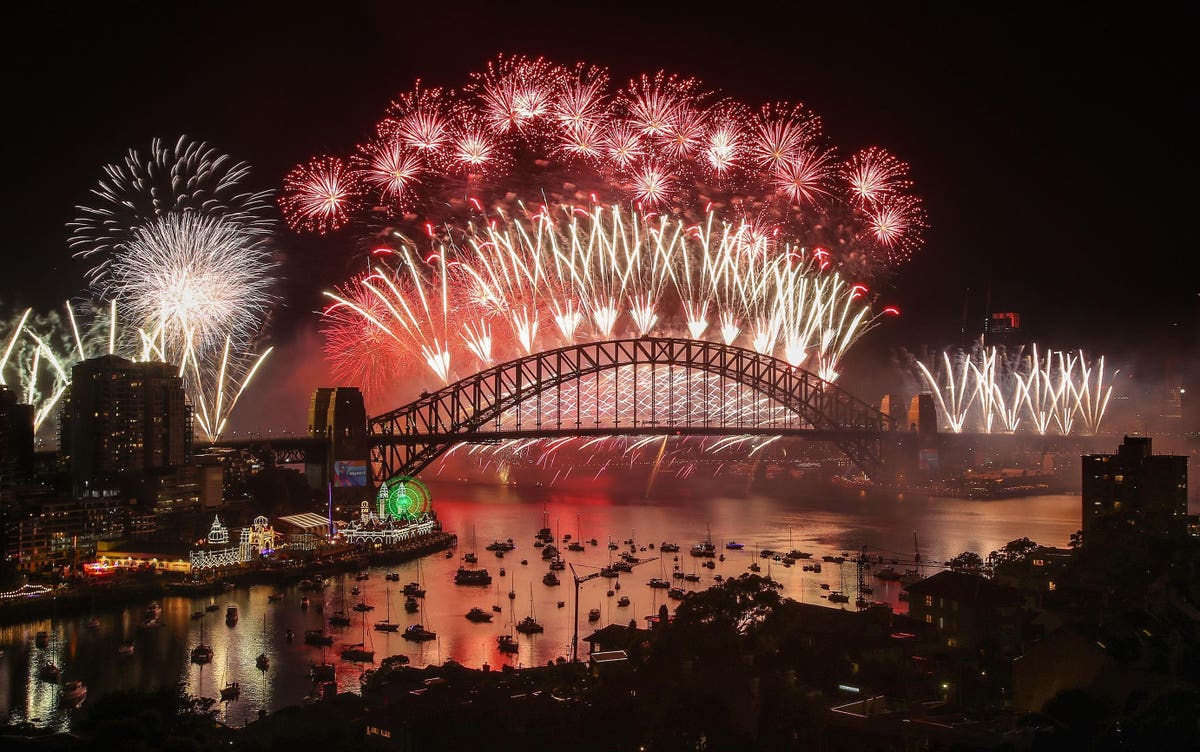 In the final scene of “The Perfect Storm,” the fishing boat Andrea Gail’s crew glimpse the sun breaking through the clouds just before being swallowed up by a rogue wave. For those in the travel industry, particularly the over 1,500 in Las Vegas earlier this month for Virtuoso Travel Week, optimism was tempered with trepidation as the spreading covid-19 delta variant continues to spread.

In what is easily the industry’s worst downturn since the Ice Age halted pre-historic mobility, the World Travel & Tourism Council reported an overall loss last year of $4.5 trillion in receipts with the travel’s contribution to global GDP dropping 49.1%.

For some, any new restrictions on international travel won’t really change things. Australia has been closed to American visitors for over a year. It’s not expected to reopen until the middle of 2022 at the earliest, says Chris Allison, head of commercial partnerships for the Americas at Tourism Australia.

For others, the spread of delta is already having an impact. In his roundtable meetings with travel advisors and journalists, Israel’s tourism commissioner for North America, Eyal Carlin, had to switch gears. After the country reopened for small groups of tourists in May, an uptick of infections means he had to break the news borders are once again closing.

Most of the announcements, however, were about starting back up and new openings, as well as plenty of innovation, something the crisis-plagued travel industry has always been very good at.

American Airlines is beginning its first nonstop flights from Miami to Anguilla in December, shares an excited Kenny Herbert, chairman of the tourist board. He says the island has been “covid-free” for six months.

While other destinations were closed, Los Cabos gained an influx of first-time visitors. Now, with more competition again, it is developing a strategy to lure them back, says Rodrigo Esponda, managing director of the tourist board.

After a 66% drop in international visitors last year, Pro Colombia took the opportunity to reassess its approach to the market. It created five new tourism regions rich with trendy experiences from private islands to local culture and gastronomy. Its new target is luxury travelers.

Despite the pandemic, Kerzner’s One&Only increased its portfolio by 30%, opening resorts in Mexico, Malaysia, and Montenegro. Greece is coming next summer.

Its sister brand will open Atlantis, The Royal, in Dubai early next year. The 43-story cantilevered skyscraper will have 231 luxury apartments, 693 hotel rooms and 102 suites.

Kerzner chief commercial officer Brett Armitage says the delay from Q4 is due to supply chain issues. Another issue for hotel owners, he says, is the cost of construction materials has gone up compared to budgets.

Jane Mackie, senior vice president, global marketing – luxury brands for IHG Hotels & Resorts, runs through seemingly dozens of openings across its InterContinental, Regent, Six Senses, Kimpton, Indigo and Voco brands. There will also be a new soft brand. Like Marriott’s Luxury Collection, the new, yet-to-be-named flag will target owners who want to benefit from IHG’s advertising, sales, reservations and procurement, but wish their hotels to have an individual identity.

Mackie agrees with Armitage – openings are more challenging than ever. Issues range from having enough linens and dishes to getting furniture delivered on time. Covid-induced changes in the local community provide even bigger hurdles. For example, many hotels outsource their laundry. In some cases, businesses that were there before the pandemic are not there now.

Aside from supply chain issues and labor shortages, the pandemic has driven hotel groups to look beyond traditional business models. While Four Seasons Hotels and Resorts just opened in New Orleans, will debut in Napa later this year, and has properties set to open in Minneapolis and Nashville next year, it is expanding its presence in the villa rental market.

Ben Trodd, senior vice president, sales and hotel marketing for the Toronto-based group, says it now offers 750 managed villas that rent from $2,000 to $40,000 per night. In some locations, villa rental revenues are 20% higher than before the pandemic.

For Accor, next month, it will reopen the Fairmont Century Plaza, having cut its inventory by a third to 400 rooms and suites. Like others, the pandemic is forcing innovation. And after working with the National Hockey League to create a covid-free environment for its playoff teams last year, Accor is launching a program called Bubbles & Buyouts. Your group will be able to take over all or part of select hotels with similar protection protocols.

Virgin Hotels is an excellent example of the constant flow of good news and bad news industry executives face daily. Its CEO James Bermingham says for its hotels, which includes a new property in Las Vegas opened in June, the good news is very strong leisure bookings and a resurgence in meetings. The bad news is, as delta virus spreads, the groups end up reducing in size. Attendees decide at the last minute they don’t want to go. On the bright side, “The events aren’t cancelling,” he notes.

Shadi Omeish, general manager of 1 Hotel West Hollywood, was nonplussed about new masking requirements for indoor activities. His hotel had already created several outdoor spaces, so he quickly shifted dining to those venues.

Other suppliers backed up that theme. Sherwin Banda, president of African Travel, says 2022 bookings are running 200% ahead of 2019, the tour company’s best year. Destinations like Kenya, Tanzania, Rwanda and Botswana have emerged as top sellers. Group travel is up significantly with extended families and groups of friends buying out departures, creating their own bubbles.

Still, he’s hoping when everything is said and done; he’ll end up at 90% of 2019 levels. “People are still nervous. People book and then cancel.”

Mark S. Conroy, managing director, the Americas for Silversea, echoed the bullish outlook of the cruise executives in attendance. Its 2023 world cruise, where fares run from $67,000 to $250,000 per person, sold out in weeks when it was put on sale last Fall. He says past clients are booking back-to-back cruises. “A lot of our guests felt like they lost a year-and-a-half of their lives. They’re ready to go.”

Ellen Bettridge, CEO of Uniworld Boutique River Cruise Collection, says she sees the same trend. “One customer has five booked this year, and he’s already done three.” It is expanding to include combinations of river cruises and rail journeys.

A particularly bright spot for Celebrity Cruises is seeing a similar percentage of first-time cruisers as prior to the pandemic, says Dondra Ritzenhaler, senior vice president of sales. “We have been so diligent with protocols, and they work, and people want to cruise.” She says having 100% of the crew vaccinated resonates with consumers.

While travel industry suppliers generally eschew wading into politically charged issues, executives from Collette, Insight Vacations and Luxury Gold recently instituted vaccine mandates. For motor coach tours that often cross multiple borders, it’s the only way they can ensure that their clients will be compliant with ever-changing entry requirements.

Behind the scenes, there is more work and increased costs, says Guy Young, president of Insight and Luxury Gold. In addition to a driver and tour director, there’s now a well-being officer on each departure. That person handles all of the covid-related paperwork and bureaucracy.

In some places, the company has had to find alternate locations or restaurants due to closures or staffing issues. Closed borders mean fewer foreign workers. In January, it will start something new, its first-ever itineraries to Hawaii.

Asked if the navigating through the pandemic felt a bit like “The Perfect Storm” movie, one industry executive told me, “Well, it does seem that way some days. Hopefully, we’re not on the boat with George Clooney.”