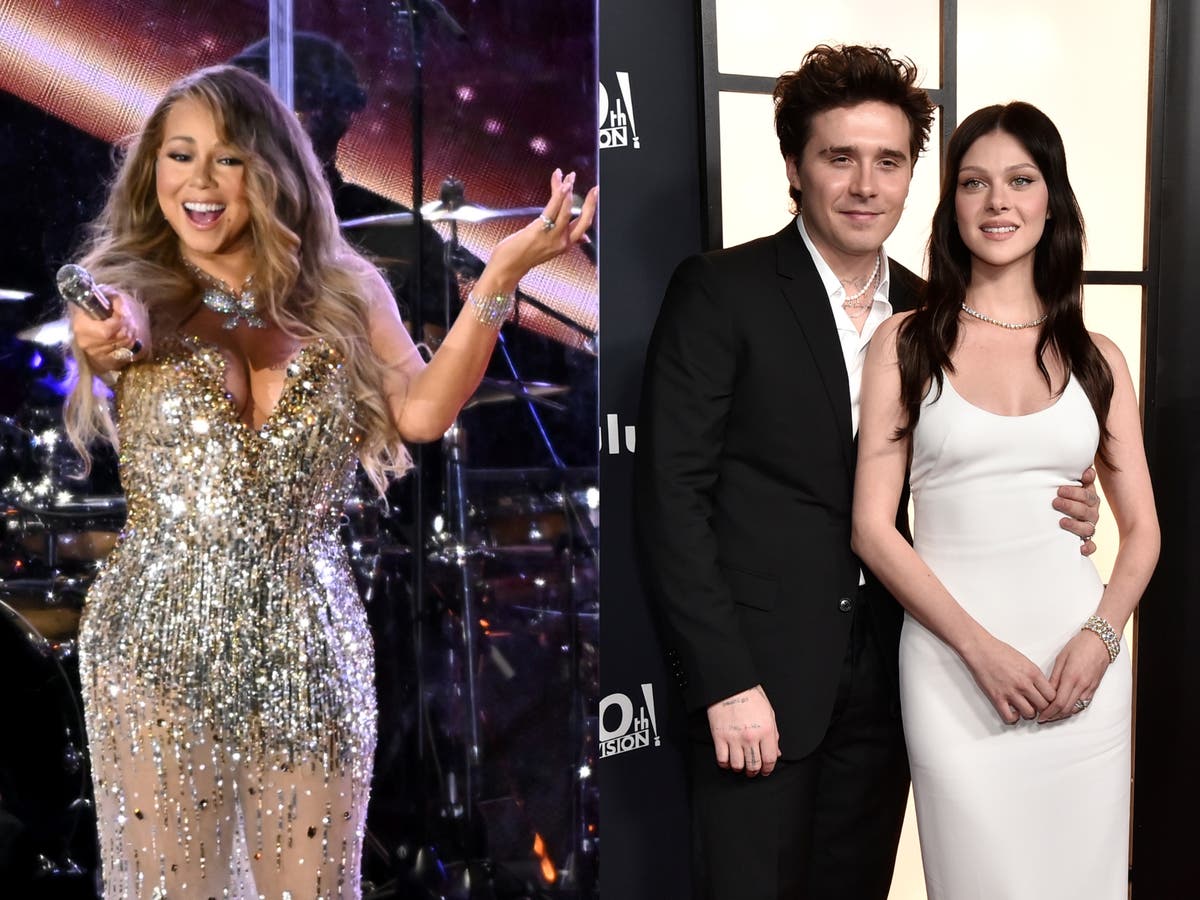 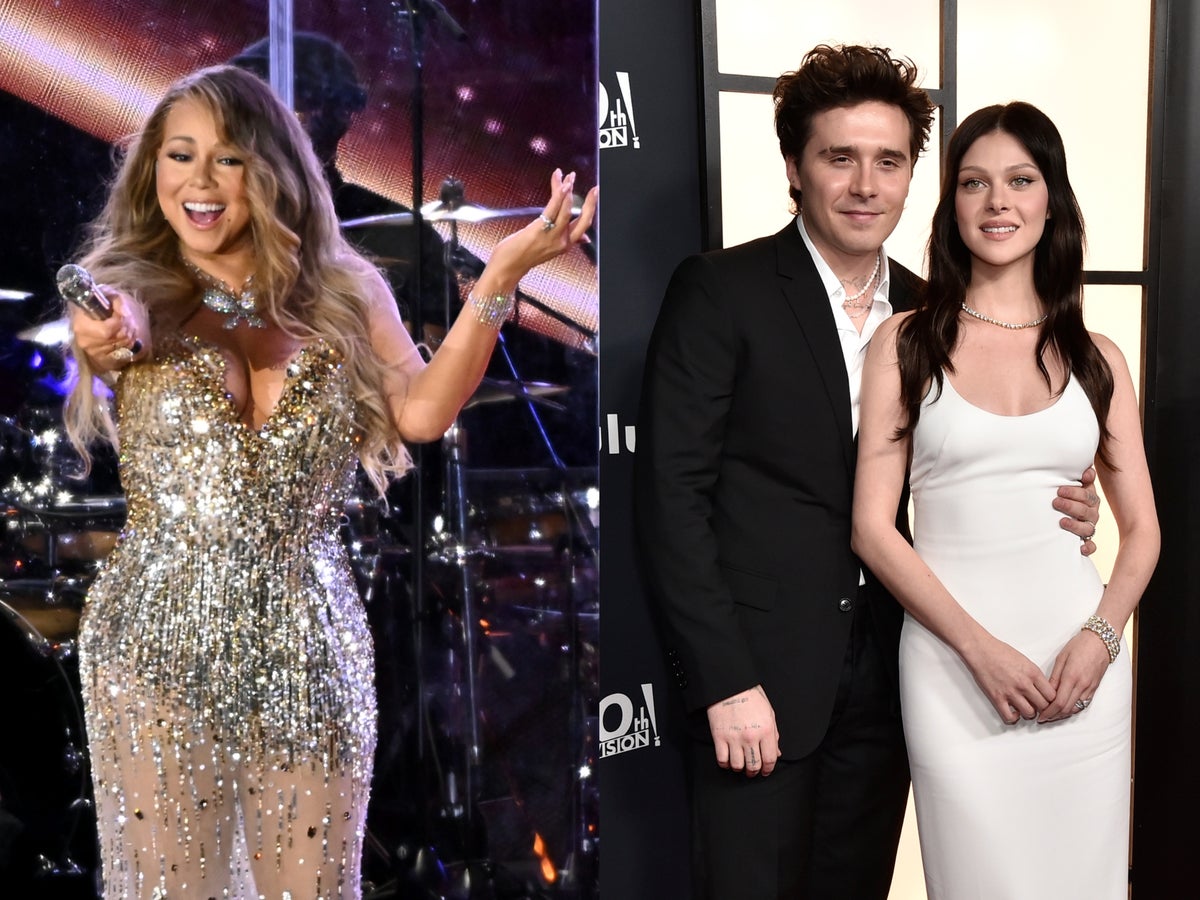 All the weeks spent preparing for Thanksgiving have culminated in a day filled with family, friends, food and fun.

Those celebrating Thanksgiving marked the US national holiday on Thursday (24 November).

The holiday is a beloved time of year for Americans, who come together to celebrate what they are thankful for. It symbolises peace, thankfulness, and the beginning of the holiday season.

Plenty of celebrities also shared photographs and videos on social media to show how they celebrated the occasion and talk about what they were thankful for this year.

From Mariah Carey’s big performance at the Macy’s Thanksgiving Day Parade, to the Kardashian-Jenner family’s extravagant feast, to Brooklyn Beckham’s unusual culinary choices for the day, take a look at how the world of celebrity spent Thanksgiving.

The queen of Christmas already rung in the festive season on 1 November, but she didn’t forget about Thanksgiving (Martha Stewart needn’t have worried). Mariah Carey graced stage at the Macy’s Thanksgiving Day Parade in New York to close out the show with her hit song “All I Want for Christmas is You”.

Dressed in a red gown with a huge mermaid skirt and a dramatic train, Carey accessorised her parade look with more than 80 carats of diamonds and a sparkly tiara, as well as a matching red parasol. She was joined on stage by her 11-year-old twins Monroe and Moroccan, who she shares with ex-husband Nick Cannon.

In an Instagram post after the performance, Carey made it clear that she was more than ready for Christmas now. “Happy Thanksgiving! Grateful and so proud of my beautiful kids Roc and Roe, grateful for the lambily [sic] and for the precious moments in life. Now it’s reaaaallly time!!!” she wrote, adding Christmas tree and Santa emojis.

The world’s most famous reality TV family can usually be counted on to hold a lavish Thanksgiving celebration each year, and 202 was no different. Kim Kardashian’s eldest daughter, North West, gave fans a glimpse into the festivities held at matriarch Kris Jenner’s Hidden Hills estate on social media.

The nine-year-old used TikTok to show a wall full of grand portraits of the Kardashian-Jenners dressed as aristocrats and royals. Notably, three people were absent from the gallery wall – Kim’s ex-husband Kanye West, Kourtney’s ex-partner Scott Disick, and Kourtney’s ex-boyfriend Tristan Thompson. North also captured video of a table full of Thanksgiving food to show fans how the family celebrates the occasion.

Although Thompson was missing from the wall, Kim revealed that she did spend time with him for “Friendsgiving” when the pair met with prisoners. Posting a photo on Instagram of the meeting, the SKIMS mogul wrote: “This year I’m really thankful for the people I have met in all the prisons around the country. This week @RealTristan13 and I had an inspiring Friendsgiving dinner with the young men incarcerated at Camp Kilpatrick.”

For Thanksgiving, newlyweds Brooklyn Beckham and Nicola Peltz invited friends and family, including Selena Gomez and Peltz’s brother Bradley, to their home in Los Angeles. The couple shared a video on their Instagram and TikTok pages showing the intimate gathering in their kitchen and dining room.

However, it was Brooklyn’s cooking choices that threw fans off. Instead of the traditional Thanksgiving fare – turkey with all the trimmings – the eldest son of Victoria and David Beckham decided to make his guests fish and chips. Whether it was homesickness or just a desire to introduce some Britishness to the otherwise American holiday, it appeared to go down a treat.

Other celebrities had much quieter Thanksgiving celebrations, such as Kate Bosworth and boyfriend Justin Long. The House of Darkness star reportedly began dating the Pitch Perfect actor in March 2022, and made their Instagram debut as a couple in May. However, they met in 2021 while filming an unnamed project together in Arkansas.

Bosworth uploaded a series of photographs taken throughout autumn with Long on her Instagram, and wrote: “Happy Thanksgiving. So grateful for your warmth and safety and that bright beautiful ever glow @justinlong. You make life so much fun. Xx”

Mandy Moore and husband Taylor Goldsmith have celebrated their first Thanksgiving as a family of four, after welcoming their fourth child Ozzie just five weeks ago. The couple, who have been married since 2018, are already parents to Gus, who is 21-months old.

The This Is Us star posted a set of photographs of Goldsmith with their sons on Instagram, and said she is grateful for her family. She wrote: “Thankful doesn’t even begin to cover it. Not sure what I did to deserve these three (and so many other wonderful parts of life) but I try to live with gratitude every day. Wishing you and yours a celebration of love and good food today. Xo”

Ashley Tisdale has said she is most grateful for her husband and daughter this year – as well as Hillary Duff and Meghan Trainor. The High School Musical star, who is married to Christopher French, said in an Instagram post that she was “practicing an extra amount of gratitude today for these people and moments in my life this past year”.

Tisdale posted sweet photos of French and their 20-month-old daughter Jupiter, as well as a group photo of her friends, including Duff and Trainor. The photo was taken during a “Moms weekend away” in August, when the group went to Rancho Santa Fe in California. At the time, Tisdale said: “I love being surrounded by these ladies. What an amazing group of women to journey through this mom-hood together! So grateful for this trip.”

Alec and Hilaria Baldwin somehow wrangled their large family together for a big family photograph this Thanksgiving. The couple and their seven children celebrated in their New York City penthouse. The photograph, posted by Hilaria on her Instagram, showed all their children making different facial expressions or not looking at the camera, with Hilaria trying to soothe one of them while Alec holds another in his lap distractedly.

Despite the chaos, Hilaria wouldn’t have it any other way. She wrote: “Happy gratitude day from our epic family photo to what is probably yours. Our love and gratitude to all of you for being wonderful forces of light in our lives.”