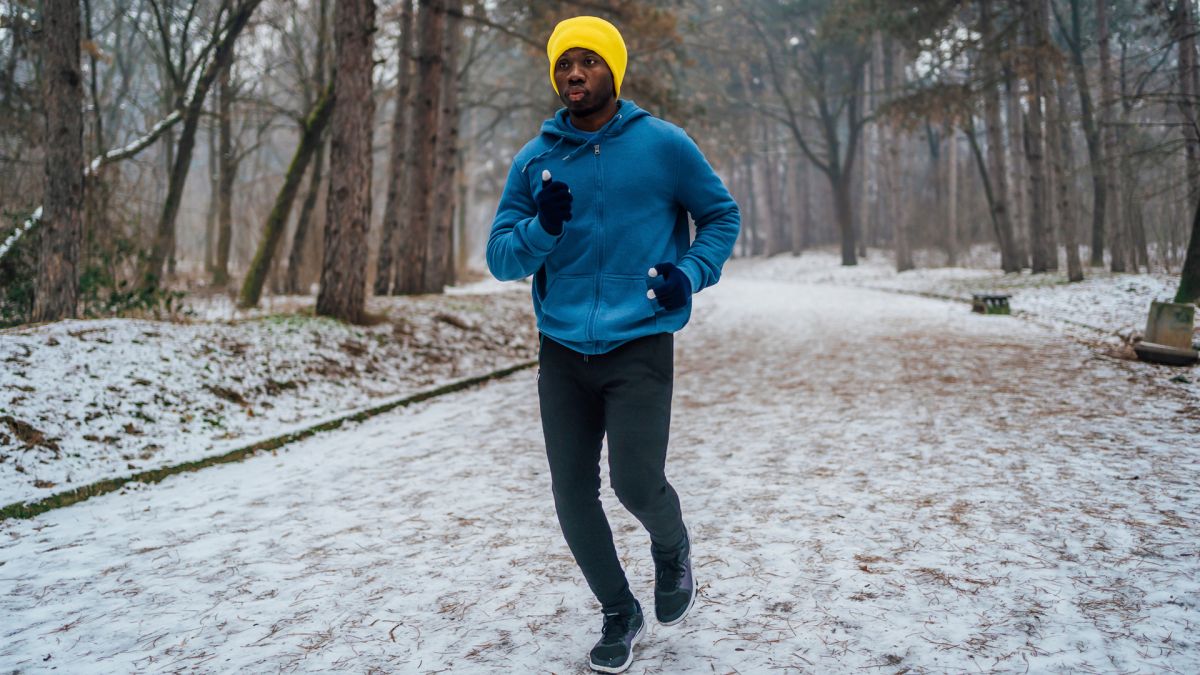 When it’s cold outside, the thought of heading out to pound the pavements can seem rather unappealing, especially if the chill quite literally takes your breath away. But those who have signed up for a spring or summer marathon will find themselves having to train through the cold, darker months, only to be met with sunshine and warmer climates come race day.

For this reason, it’s important to know how temperature affects running performance. How does it impact the body and performance in hot and cool conditions? And just how does running in extreme weather impact muscles, heart rate and oxygen levels?

Running in the cold

There is limited research on the impact of cold exposure on physical performance, especially aerobic performance. According to a 2015 review in the journal Comprehensive Physiology (opens in new tab), the few studies that have been done suggest “aerobic performance is degraded in cold environments”.

Although there is no consensus about whether exercising in cold air, compared to relatively warmer ambient temperatures, impacts aerobic performance, one study found cold air reduced performance by 5% in −20 degrees Celsius.

For the most part, cold weather is not a barrier to performing physical activity because the body creates heat during exercise like running due to increased blood flow.

“Our metabolism is about 20% efficient, meaning only around 20% of the energy produced is used for muscle contractions and other processes,” said Matt Debney (opens in new tab), a sport and exercise scientist at Sheffield Hallam University in England. “The other 80% of what we metabolize is released as heat. That’s good for us when exercising in the cold because we can warm ourselves up fairly quickly.”

Matt Debney is a physiologist specialising in environmental extremes and a lecturer at Sheffield Hallam University in England. He has provided physiological support for athletes ranging from amateurs to Olympians and Paralympians, across many sports including running, tennis and cycling. Debney is a member of the Sport and Human Performance research group within the Sport and Physical Activity Research Centre at Sheffield Hallam University and a member of the Environmental Extremes Laboratory.

However when body heat production is less than that lost to the external environment, then heat storage will be negative and deep body temperature will fall.

Clothing can create a relatively warm micro environment to help maintain heat balance meaning exercise in the cold does not increase strain or injury risk. That being said, there is a risk of frostbite and hypothermia.

In general, smaller, leaner women will feel the impact of the cold quicker than taller, fatter men because their body temperature will decline more, according to the earlier study published in Comprehensive Physiology.

Overall, the paper concluded that both aerobic and strength performance could be degraded during cold exposure, with the magnitude of decline related to the fall in muscle temperature. Other important factors that appear to impact physical performance include changes in peripheral blood flow and central cardiovascular limitations.

When it comes to sprinting, the body doesn’t have time to warm up, which could impact muscles. Having warm muscles is important for running efficiency, so when the weather is cooler it is important to have a longer warm-up period, Denby said. The gap between warming-up and sprinting should also be short so the active muscles are not able to cool down again, he added.

Running in the heat

Running in hot conditions can result in heat stress and an increased heart rate. Heat stress negatively impacts performance in middle- and long- distance events, according to a 2020 review in the journal Temperature (opens in new tab), because it leads to dehydration.

In addition, while the body’s heat-releasing metabolism is advantageous when running in cold temperatures, it can prove challenging in the heat.

The heat released from metabolism when running warms the body even in hot environments. As the body heats up, it initiates a number of responses to dissipate heat, such as sweating. If the sweat is able to evaporate, the body is usually able to prevent itself from overheating as this is its most effective method of heat loss. However, this can lead to dehydration if the liquid is not replaced, which can subsequently decrease sweat rate and reduce blood volume causing body temperature to rise. A 2012 study published in the journal Nutrition Reviews (opens in new tab) also found that dehydration can lead to a reduction in running performance.

It is well documented that endurance running in the heat affects performance and reduces speed. A study of the 2018 London Marathon published in the International Journal of Environmental Research and Public Health (opens in new tab) found a correlation between the race day temperature and finish time for participants. The 2018 race was the hottest in the competition’s 37-year history (75.4 degrees Fahrenheit/24.1 degrees Celsius) and, as a result, the mean finishing time was slower than all other London Marathons.

Physiologically, this is because while muscles are efficient in the heat, the heart has to work much harder. If someone is running in a hot environment, the blood shifts towards the skin in order to dissipate that heat. This is why runners often look red and flushed.

During exercise, there is also demand for blood in the muscles doing the work. This increased demand for blood supply, along with fluid lost through sweat, leads to a drop in arterial pressure and, consequently, stroke volume — the amount of blood ejected from the heart per beat.

“Because of this reduction in stroke volume, what we see is an increase in heart rate to maintain the amount of blood that is being pumped around the body per minute, or in scientific terms, cardiac output,” Debney said. “That’s why when you’re running in hot conditions, you’ll see an elevated heart rate.”

If someone was to run at the same intensity in both hot and cold conditions, their heart rate would be higher in the hot condition because of this physiological response chain caused by the need to dissipate heat. This response has been observed in environmental conditions upwards of 77 degrees Fahrenheit (25 degrees Celsius).

“As a consequence of that, we do see reduced performance times in hot conditions,” Debney said.

Which hot conditions affect performance the most?

A light breeze can be really helpful when running in the heat because it enables the air bubble of heat that has formed around the body to refresh more quickly.

“That layer of air around the skin in windy conditions keeps on being refreshed, so you can keep dissipating heat into that new air,” Debney told Live Science.

A hot, dry and windy environment like the desert is ideal for dissipating heat but in humid environments like a jungle this is far more difficult.

“The air is already saturated with moisture so sweat evaporation is limited, reducing how much heat you can dissipate through evaporation,” Debney said. “That’s where you might have to find other ways to try and cool yourself down.”

Other things to look out for are reflective heat from running on hard, dark surfaces like a sidewalk.

“Running on black tarmac when it’s boiling hot feels much warmer than running on grass,” Debney said. “This is because the tarmac absorbs the heat from the sun and then radiates it towards you in addition to the solar radiation from the sky. The radiation emitted from a surface like tarmac can still be felt once the sun has set.”

Is there an optimum temperature for running?

A 1983 study published in the journal Running indicates that the optimum temperature for running is between 50 and 59 degrees Fahrenheit (10 and 15 degrees Celsius) depending on the individual and the speed they are running. The optimum temperature for marathon performance is generally believed to be about 50 to 53.6 degrees Fahrenheit (10 to 12 degrees Celsius), according to a 2010 study in the Scandinavian Journal of Medicine and Science in Sports (opens in new tab), but it may be lower for faster runners than slower runners.