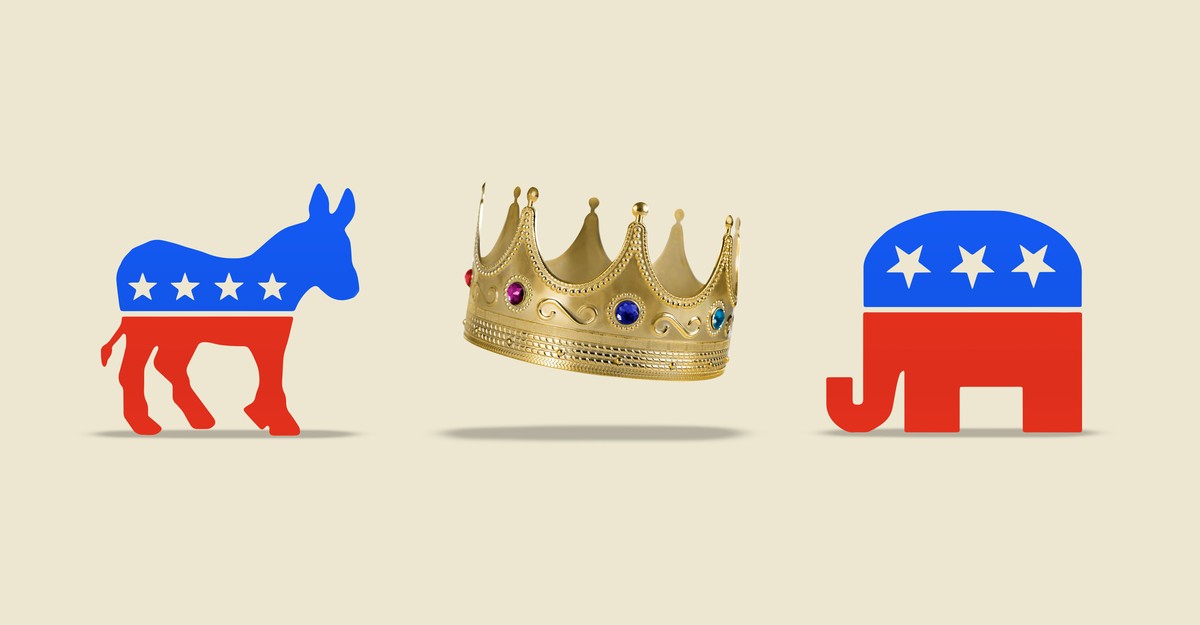 Who will control Congress after yesterday’s midterm elections remains unclear, but two things are certain: Moderation can pay big electoral dividends, and Donald Trump has become a liability for the Republican Party.

Yes, plenty of extremist candidates just won office. According to The New York Times, more than 200 Republican candidates who denied the results of the 2020 election or flirted with doing so secured victories on Tuesday. In many states, too few voters are queasy enough about the MAGA movement’s attacks on election integrity to keep the deniers out of office. Clearly, extremist candidates who question our democratic institutions retain some electoral viability.

But in practically every state where a more extreme Republican candidate ran alongside a more moderate one for different statewide offices, the more moderate candidate drew a higher share of the vote. For decades, “split-ticket voting” has been on the decline. As American politics became more polarized, fewer voters supported a Republican for one office and a Democrat for another office. But this trend now seems to be reversing. A significant bloc of voters split their ballots on Tuesday, choosing to support Republicans who kept some distance from Trump and punish those who courted the MAGA movement.

The Trump base still has a strong hold over parts of the GOP. But the extremism of many Republican candidates—along with the moderate character of some Democrats in key races—was a principal reason the anticipated “red wave” failed to arrive.

Brian Kemp, the incumbent Republican candidate for governor, courageously resisted pressure to reject the state’s election results in 2020. He survived furious attacks from Trump and a serious primary challenge, which at times looked likely to succeed. Kemp was rewarded with a clear victory over his Democratic challenger, Stacey Abrams.

By contrast, Herschel Walker, the Republican candidate for Senate, won his primary with strong support from Trump. And when he had a chance to talk about anything other than his personal scandals, he repeated the MAGA movement’s conspiracy theories about the 2020 election. Walker will likely have a shot at securing the Senate seat in a runoff election. But he performed markedly worse than Kemp, winning some 200,000 fewer votes, and trailing his Democratic opponent, Raphael Warnock, by a slim margin.

A similar contrast was even more striking in Pennsylvania. Mehmet Oz, the Republican candidate for Senate, and Doug Mastriano, the Republican candidate for governor, both had backing from Trump and lost. But Oz, who presented himself as a more conventional conservative and focused on economic issues, lost to the progressive Democrat John Fetterman by only three points or so. Mastriano, a die-hard member of the MAGA movement who participated in the January 6 pro-Trump rally, lost by 13 points to the moderate Democrat Josh Shapiro.

Split-ticket voting was mostly driven by the stark contrast in the profile of Republican candidates like Brian Kemp and Herschel Walker. But the more subtle differences in the profile of Democratic candidates such as Raphael Warnock and Stacey Abrams may also have played a role.

Warnock has consistently supported the Biden administration’s policies and stood up for the rights of minority groups. But he has shrewdly combined these commitments with an emphasis on moderation and outreach to traditional Republicans. A former pastor, he likes to talk about his religious faith, and he worked hard at winning over white and centrist voters in the Atlanta suburbs. He even recorded folksy ads, such as one showing him at a peanut farm touting his bipartisan legislative accomplishments.

Abrams pursued a markedly different strategy. A firm believer in identity politics as the way for the Democratic Party to win elections based on the rising share of the electorate that is nonwhite, she ran well to the left of Warnock. When polls suggested that her support among Black men in Georgia was weakening, she dismissed the idea that her campaign approach may have alienated a demographic that is traditionally Democratic but socially moderate. Instead, she blamed her troubles on their supposed vulnerability to propaganda: “Unfortunately this year Black men have been a very targeted population for misinformation.”

Democrats who focused on the economy, eschewed the party’s progressive wing, and reached out to traditional Republican voters also performed well in other states. In Ohio, the Democratic Senate candidate, Tim Ryan, fell well short of beating J. D. Vance, but he far outperformed other Democratic candidates on the ballot in that state. Similarly, in Wisconsin, Tony Evers, the incumbent Democratic governor, outran more progressive statewide candidates such as the Senate nominee Mandela Barnes to narrowly win reelection. “Over the past four years, I’ve worked hard to keep [my] promises,” he said, emphasizing his moderate credentials. “Some people call [me] boring, but you know what, Wisconsin? As it turns out, boring wins.”

David French, a leading anti-Trump conservative (and a contributing writer at The Atlantic), summarized a crucial lesson of Tuesday’s election. “The GOP base,” he tweeted, “actually needed some of the folks that it mocked, scorned, and bullied right out the party.”

As a result, the more closely Republican candidates aligned themselves with the MAGA movement, the worse they generally fared. The problem, of course, is that the activist wing of the Republican Party may be too enamored of Trump to learn its lesson. As unpopular as they are with the country at large, the extremist candidates who underperformed in this election can still count on fanatical support among a big bloc of Republican primary voters.

The rise in split-ticket voting shows that Americans have a real preference for moderates when they are on the ballot. Yet the system that both major parties use to pick their candidates may ensure that this choice won’t be on offer when it counts most, in November 2024.

The midterms have sent a clear lesson to both Democrats and Republicans. To maximize the chances of winning the White House in 2024, pick a moderate candidate who can reach beyond the party’s base. If both parties heed the lesson, that could usher in a less polarized and perilous era in American politics. If only one party heeds the lesson, it will likely enjoy a big advantage. If neither party heeds it, anything is possible—including a second term for Donald Trump.