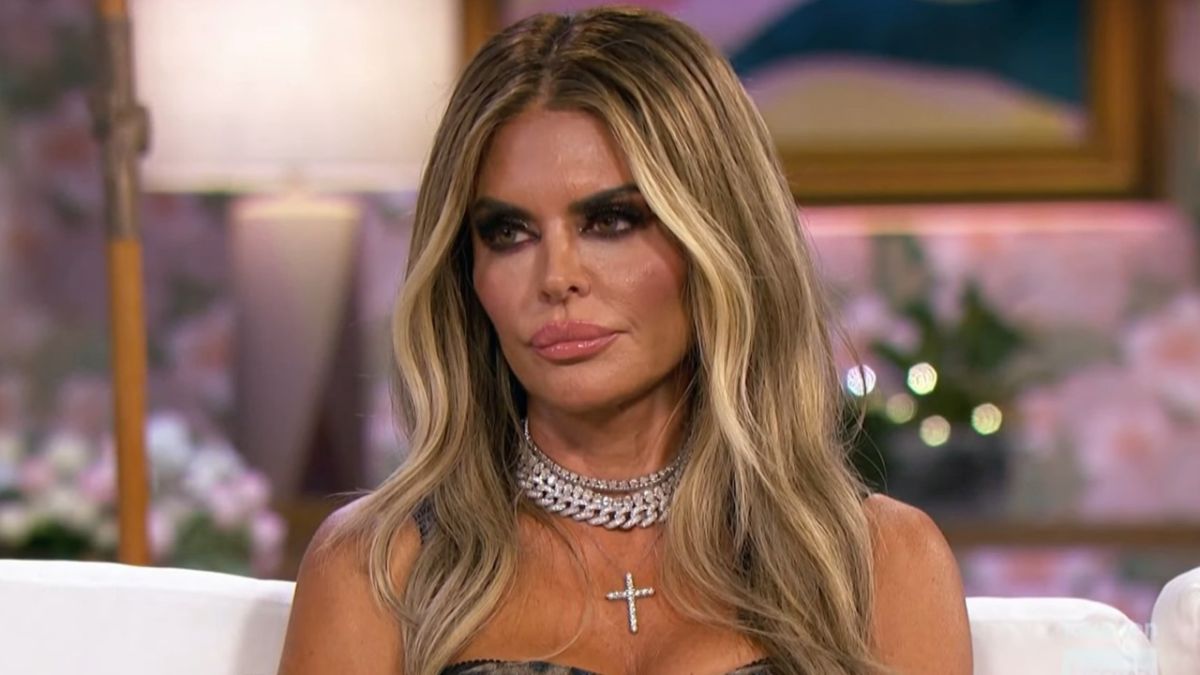 Warning! The following contains spoilers from Part 3 of the reunion for The Real Housewives Of Beverly Hills. Read at your own risk!

The Real Housewives Of Beverly Hills closed out its reunion for Season 12, and it really felt like the celebratory toast at the end was more or less a formality. No one looked too happy, and that’s thanks in part to the heated back-and-forth between Lisa Rinna and Kathy Hilton. The two traded barbs from the moment Hilton arrived on stage, and it seems like Rinna couldn’t help but throw some subtle shade at Hilton on social media during the episode.

Once Kathy Hilton arrived on stage, host Andy Cohen began to break down this feud between Hilton and Lisa Rinna that also involved Kyle Richards and Erika Jayne (who was notably called “evil” by Jennifer Lawrence this season). Things heated up almost immediately when Jayne alleged that Hilton used a gay slur to refer to a club DJ when they were out one night. As that moment unfolded on television, Real Housewives Of Beverly Hills’ Lisa Rinna decided to share a message of support to all LGBTQIA+ people on her Instagram Stories. Take a look, and consider if there was any coincidence in the timing here:

It’s always important to express support for marginalized communities, but for Lisa Rinna to post it when she did is definitely suspicious. Kathy Hilton adamantly denied she ever used that language, and noted that none of the other women at the club that night heard her say that.

Erika Jayne maintained it was said and that Hilton said it to her directly, but RHOBH fans may never get the answer as to what happened there. Andy Cohen stepped in and said an HR investigation was performed following the claims, and the result was inconclusive. Is Hilton hiding her shame after an offensive comment, or is Erika Jayne leaning into the villainous persona fans assumed she had after Season 12’s trailer?

If Lisa Rinna was trolling Kathy Hilton about the slur allegations, it was likely because of the heated exchange they had towards the end of the show. Rinna claimed that Hilton went on a tangent when they were at Kyle Richards’ house in a separate incident, and made disparaging remarks about a bulk of The Real Housewives Of Beverly Hills cast. Hilton conceded to a few remarks (mainly comments she made about her sister) but vehemently denied all the rest. Rinna, of course, stood her ground, and it was another case of “who’s telling the truth” for fans to decide at home.

Assuming Lisa Rinna’s post was a veiled dig at Kathy Hilton, it doesn’t seem like things are any better between them at present. The Real Housewives Of Beverly Hills fandom might’ve gathered that much after Deadline reported Hilton won’t film if Lisa Rinna and Erika Jayne return. Whether it’s related or not, it was previously reported that Hilton was unhappy with the show ahead of Season 12 due to her pay. I guess we’ll just have to wait and see if she signs on for Season 13. It took Hilton some time to commit to Season 12, so maybe the situation for the next season will change in the coming months.

That’s a wrap on The Real Housewives Of Beverly Hills Season 12, but any with a Peacock Premium subscription can revisit the season at their leisure on streaming. There’s also a solid number of shows premiering on the 2022 TV schedule, so anyone who needs a new show to fill this time slot should start there.