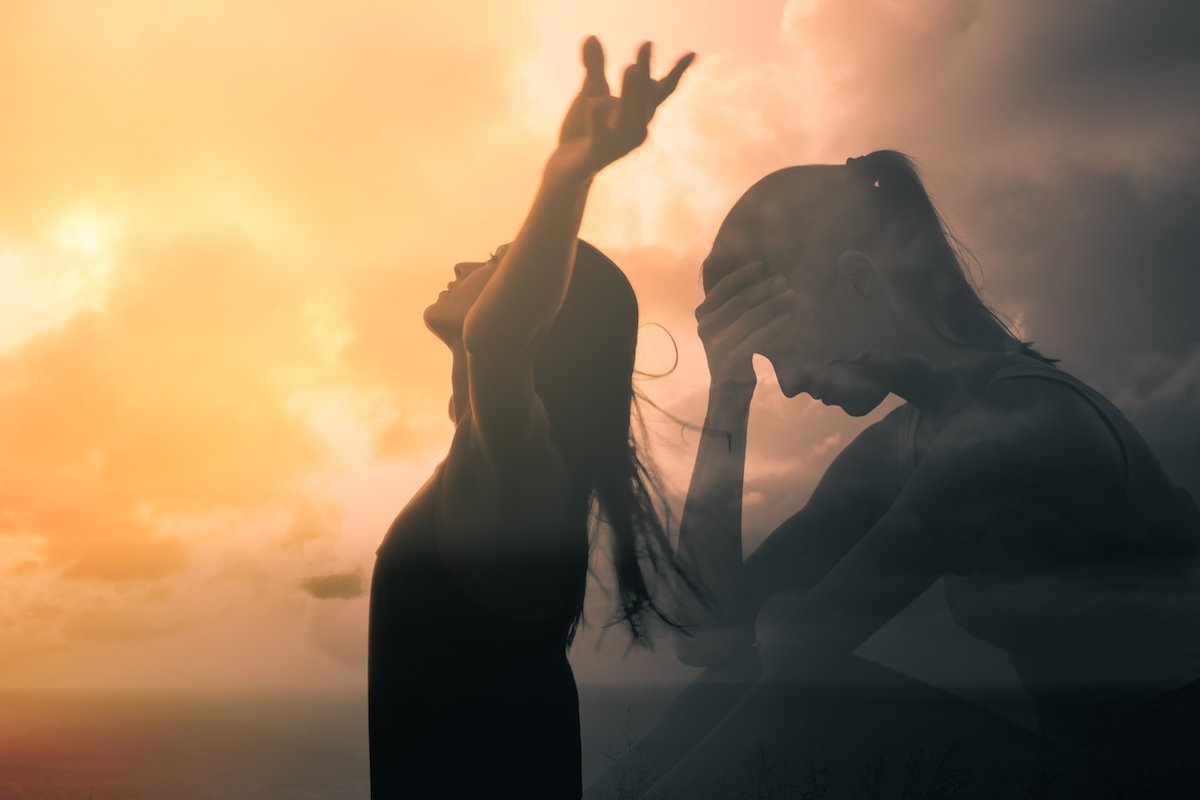 Holding onto resentment often feels like a way to punish our aggressor, but, in reality, doing so we only hurts ourselves – mentally and physically. Psychologist Stanislava Puač Jovanović shares her seven-step plan to let go of resentment and move forward.

I have been horribly wronged in my life, more than once. So have many of us, for that matter. As you will know, it stings, it aches, and it can make life almost unbearable at times.

That is just how it goes. However, at each step of the way, we get to choose one – sometimes, the only – thing: how we react internally. It is our absolute right. Yet, how often do we exercise it? And how many times do we allow circumstances to move us like string puppets?

This article speaks about bitterness for being mistreated. More precisely, about how to let go of resentment. Because holding a grudge is our choice — and so is the healthier one of letting it go.

Why holding on to resentment is dangerous

At one point in my life, I was being repeatedly exposed to hurtful behaviour by a person very close to me. I was also being convinced that it was my fault, and I had to stomach it. It lasted for years, and resentment built up.

And, if I’m being completely honest, I have to say I chose to hold on to the umbrage. I was doing so because it was my way of stating: “Look what you are doing to me! You are destroying me! Won’t you stop?”

Yet, as I learned, bitterness only poisons the person feeling it. It punishes no one but the one clutching it. It does not make the needed change. All it does is lock you inside of a vicious circle of obsessing over past wrongs you experienced.

These are not merely anecdotal observations. Science backs my insights up. The definition of resentment and empirical evidence both speak about the dangers of not letting go of it.

Resentment is a “feeling of bitterness, animosity, or hostility elicited by something or someone perceived as insulting or injurious,” according to the APA Dictionary of Psychology. The mere definition highlights one thing — this is not how you want to feel!

Although understandable, the emotion itself is extremely unpleasant. But how to let go of resentment and not feel angry all the time?

Harms of holding a grudge

Indeed, not understanding how to let go of resentment can damage both your physical and mental health.

In my case, I developed two stress-related chronic conditions. At least half of the stress I experienced was caused by being caught up in my head with the injury and people causing it.

Not to mention being unable to laugh, feel happy, grateful, or be productive. Ruminating about past hurts occupied my mind. As a result, I practically missed years of my life and functioned on autopilot. While I was living in the awfully unpleasant past, the real-time events went by unnoticed.


RELATED: How to stop ruminating with these 3 techniques

Abundant research confirms the ills of not letting go of resentment. When you do not learn how to let go of resentment, you are exposing yourself to adverse physiological processes that can make you physically unwell. Indeed, according to extensive research, unforgiveness seems to be linked to higher risks of heart attack, high cholesterol, elevated blood pressure and intensified chronic pain.

“When you do not learn how to let go of resentment, you are exposing yourself to adverse physiological processes that can make you physically unwell.”

Furthermore, people who do not know how to let go of resentment are under greater levels of stress, as a longitudinal study on over 300 participants demonstrated. As you surely know, stress is linked to a wide array of psychosomatic conditions. It may trigger or exacerbate a range of physical illnesses.

Finally, not being able to release resentment, according to research, can also make you vulnerable to emotional disturbances, such as anxiety and depression.So, how to let go of resentment and heal from its negative consequences?

How to let go of resentment

When examining the ways to release resentment, we need to understand one thing first. There are effective — and more effective ways to forgive. Even though holding a grudge is unhealthy in any case, if you truly want to reap the benefits of forgiveness, it should come from your heart. In other words, you need to feel it, not just act by it.

The same study revealed that emotional forgiveness is the form that leads to more direct health and well-being consequences. It involves psychophysiological changes responsible for the benefits of letting go of resentment.


RELATED: How to forgive someone

Such conclusions were confirmed in another study from 2016. The findings showed that when we ruminate about past transgressions against us and keep experiencing adverse emotions, we are most vulnerable to the perils of unforgiveness. In other words, when we do not reach emotional forgiveness and release anger and resentment, we open ourselves up to the risk of mental health problems.

OK, so you are ready to relinquish the bitterness. But how to actually let go of resentment?  From personal experiences and of those close to me, I know that parting from the position of the victim may be a challenge. The grudge often seems like the only path towards getting justice.

However, remember that it is merely an illusion. Only letting go of resentment will liberate you and honour your worth. Freedom and peace await you at the end of this path. Here are seven steps to take to help you on your way:

The first step, unpleasant as it may be, will be to remember the transgressions. Relive the emotions and hark back to all the details. Reflect on how the hurt and the anger have affected you since. It is vital to bring to light what you want to let go. Otherwise, parts of it may stay hidden and keep poisoning you.

2. Summon witnesses to your hurt

Remember what I said earlier about not knowing how to let go of resentment because it was my only way of showing the pain I was going through? Instead of doing so, speak about your wounds. Talk to a therapist or a friend. Break the silence. It will be easier to release the bitterness when others witness your hurt.

Holding onto resentment can cause mental and physical illness

In an effort to escape pain, we may suppress it. Do not minimise the effects of the offence. Negating the damage will not help you heal nor forgive. Acknowledge the extent of the pain and the trauma you may have endured. You will grow from it – do not worry.

Now that you have gotten in touch with the hurt in all of its nastiness, you can start changing things. First, see the bigger picture. As unwilling as you may be to do so, you need to understand and empathise with the other person. Go back to the experiences that made them into who they are. That does not mean that everything is alright if the person has had a traumatic childhood. It merely helps you understand that they, somehow, believe that they were right.

Do not expect the transgressor to apologise. Do not wait for them to change or suddenly grasp the consequences of their actions. They may experience an epiphany and fall to their knees begging for forgiveness (and yes, we all hope for that to happen).

“Find it in you to let go of your resentment. Feel it. Let the hurt and the offence float down the river of life and wave it goodbye.”

Still, your liberation from resentment ought not to depend on it. You were hurt by another. Do not depend on another to mend it. You are the one doing the healing. So, let go of your expectations of others and focus on yourself.

Remember the part about emotional forgiveness? This is where it comes into play. Letting go of resentment merely because your religion, principles, circumstances or life philosophy requires you to will not be enough. You need to tap into the part of you that feels connected to all living beings. You will need to embrace the fact that life comes with some hurt. Find it in you to let go of your resentment. Feel it. Let the hurt and the offence float down the river of life and wave it goodbye.

Now, there is one last step for you to make. After you have travelled the path above, you may discover that there is one more person you need to forgive. It is yourself. Research reveals that you might be heading for depression if you do not. Therefore, forgive yourself for being at the wrong place at the wrong time, for not seeing the signs of danger or for letting wrong people into your life.

Resentment is one of the most efficient ways to make your life miserable. Is it not sufficient that you were mistreated? Do you have to keep harming yourself long after the transgression is over?

Letting go of resentment does not equal condoning actions that were plain wrong. It does not mean that you accept being abused or insulted.

Stanislava Puač Jovanović has a master’s degree in psychology and works as a freelance writer and researcher in this area. Her primary focus is on questions relating to mental health, stress-management, self-development and well-being.