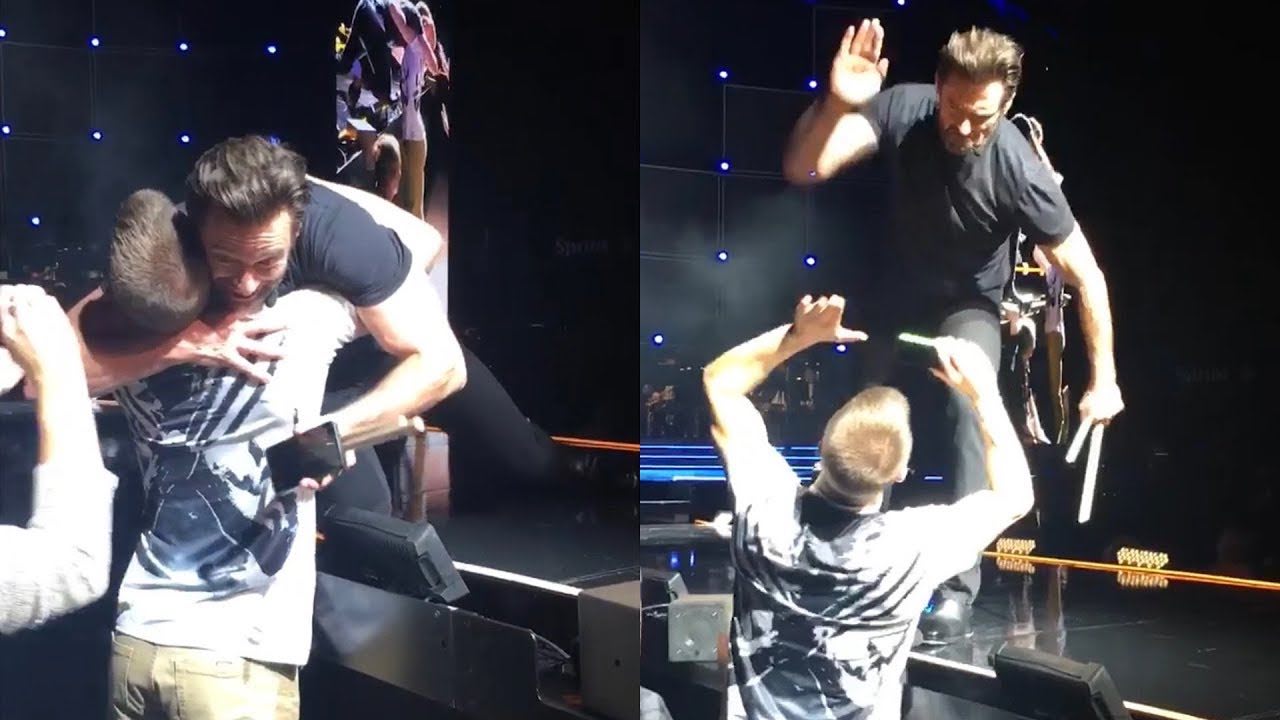 A devoted fan got the experience of a lifetime when he had an up close-and-personal encounter with The Wolverine.

We just saw this video yesterday and it was too good not to share, even though it happened 24 months ago.

At a concert performing material from his Broadway production “The Greatest Showman,” Hugh Jackman showered a front row fan with high fives and monstrous Wolverine poses before giving him a big bear hug.

Caught on camera by another fan behind him, it was a reminder that seemingly-aloof Hollywood actors can have rich humanities too.

In terms of career success, staring as a comic book superhero is about as good as it gets in cinema these days, but by all accounts Hugh Jackman hasn’t let it go to his head, and despite having the fortune of portraying Wolverine 7 times, fans and colleagues alike have no bad words to say about Jackman.

Jackman is one of Hollywood/Broadway’s notable philanthropists. He supports fair trade coffee growers in Ethiopia with a not-for-profit coffee shop franchise, has raised more than a million dollars for HIV/AIDS research, is a patron for the Bone Marrow Institute and supporter of Nobel Laureate Muhammed Yunus’s microcredit program that offers small loans to entrepreneurs in impoverished countries.

The video, shared on Reddit this week, was upvoted more than 60,000 times—maybe because its title was, “Imagine if he didn’t start the recording.”

SHARE The Enthusiastic Love With Jackman Fans on Social Media…