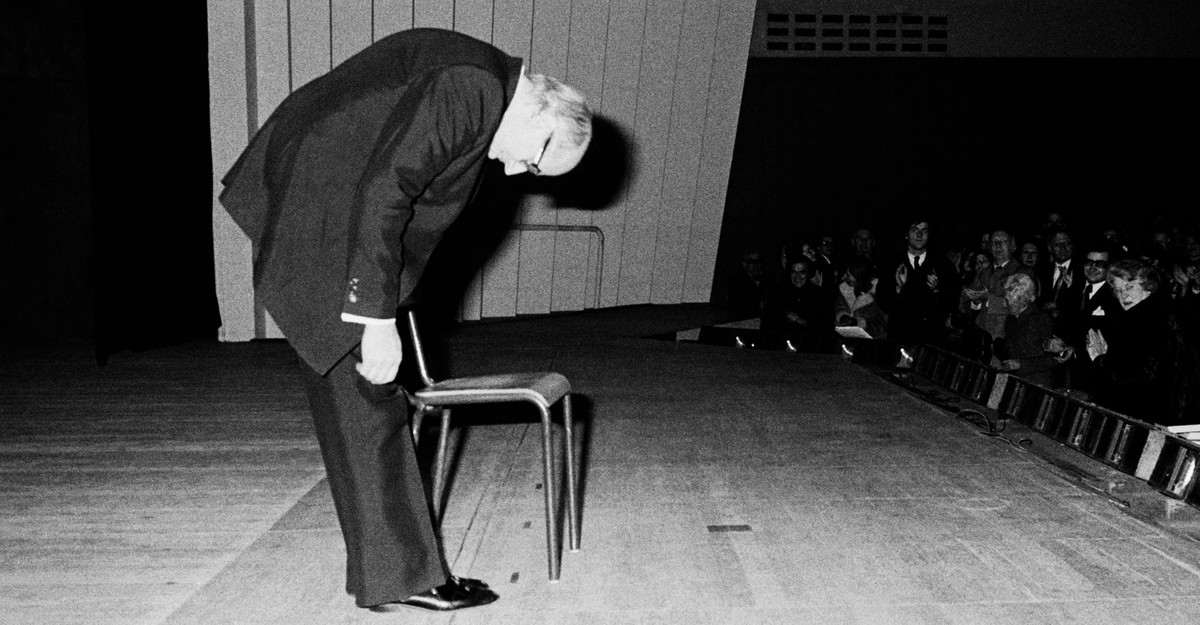 “I was humbled to be awarded an honorary degree by the London School of Economics earlier this week. Thank you so much for this prestigious honour!”

— Tweet from Christine Lagarde, president of the European Central Bank

Whenever I feel particularly humble, I tweet about myself. I have never earned an honorary degree from the London School of Economics, but if I ever did, I’d certainly tweet the hell out of it. I’d want to let the world know how humbled the experience had made me. I’d tweet my humility, Instagram my humility, and maybe even TikTok it if I could find dance moves humble enough to make my point.

In the meantime, I’m humbled by Lagarde’s tweet. I have spent years studying the fine art of humility display, and I am humbled by her masterful show of it. If you’ve spent any time on social media, and especially if you’re around the high-status world of the achievatrons, you are probably familiar with the basic rules of the form. The first rule is that you must never tweet about any event that could actually lead to humility. Never tweet: “I’m humbled that I went to a party, and nobody noticed me.” Never tweet: “I’m humbled that I got fired for incompetence.”

The whole point of humility display is to signal that you are humbled by your own magnificent accomplishments. We can all be humbled by an awesome mountain or the infinitude of the night sky, but to be humbled by being in the presence of yourself—that is a sign of truly great humility.

Read: How to brag

The second rule is that you must always use the word humbled when the word proud would actually be more accurate. For example: “Humbled to be make the 100 Under 100 list in Arbitrary Lists Magazine,” “Truly Humbled to be keynote speaker at TedXEastHampton,” “Humbled that Cameron Diaz is giving me a ride to Bradley Cooper’s surprise birthday party. Just thought I’d mention it.” The key to humility display is to use self-effacement as a tool to maximize your self-promotion.

The third rule is that you must never use a pronoun. I don’t mean to carp, but I think Christine Lagarde erred when she began her tweet “I am humbled …” If you’re a truly important person, you don’t have time for pronouns in your tweets, emails, or texts, so you’ll want to truncate all your communications. You’ll want to start your tweets with “Humbled to be …” or “Honored to be …” This sends the message that you have only a few seconds to dash off this tweet, because you’ve got Melinda Gates on hold.

The great thing about humility tweets is that you’re not trying to show that you are better than anybody else. You are showing that you are a regular, normal person, despite the fact that your life is so much more fabulous than those of the people around you. You are showing the world that you haven’t let your immense achievements go to your head! You’ve remained completely egalitarian—you just happen to be a better egalitarian than most people (and you are humbled by that fact). It’s easy to be humble when you’re most people. But just think about how amazing it is to be humble when you’re as impressive as you!

The art of humility display goes back centuries. The first recorded humility tweet was written thousands of years ago by a Greek woman named Helen: “Humbled that Achilles and Agamemnon would go to all that trouble!” The tradition continued in biblical times with Jesus of Nazareth: “Humbled to be the Messiah. Couldn’t have done it without Dad.” And one can find high-water moments of humility display throughout the centuries that followed, for example, from the great British general the Duke of Wellington: “Wow. A beef dish. Truly humbled.”

But the advent of social media has heralded a golden age of humility display. In 2012, the late screenwriter Harris Wittels wrote a book called Humblebrag: The Art of False Modesty, in which he compiled hundreds of actual tweets by people who are masters of this craft of one-downsmanship.

Here’s the television producer Judalina Neira: “I have a meeting with a Coppola tomorrow and I have absolutely no idea how I got it or what it’s about.” Here’s the male model Jake Pavelka: “Swimsuit photo shoots are like a shot in the arm. Glad when there over!” Here’s the musician Kris Allen: “I love how people get freaked out when I don’t fly 1st class. On a 45 min flight? Seriously? Not worth it.” Here’s Pete Wentz from the band Fall Out Boy: “Pumping gas in front of the paparazzi makes me way nervous.”

The key point is that none of these people is actually an A-list celebrity. But through their own creative tweeting, they have humbled themselves all the way up to superstardom! With a series of daring feints, they have hinted that their lives are so stratospheric as to leave Brad Pitt gaping and applauding.

It’s true that the world is full of narcissists—people so full of themselves they think about their own talents more than my own. But in the decade since Wittels compiled his book, we have entered an even greater age of humility. Back then, people danced around the fact that they were humblebragging. Now the humility is explicit, assertive, direct, and unafraid. We blaze forth so much humility that it’s practically blinding. Humility is the new pride.