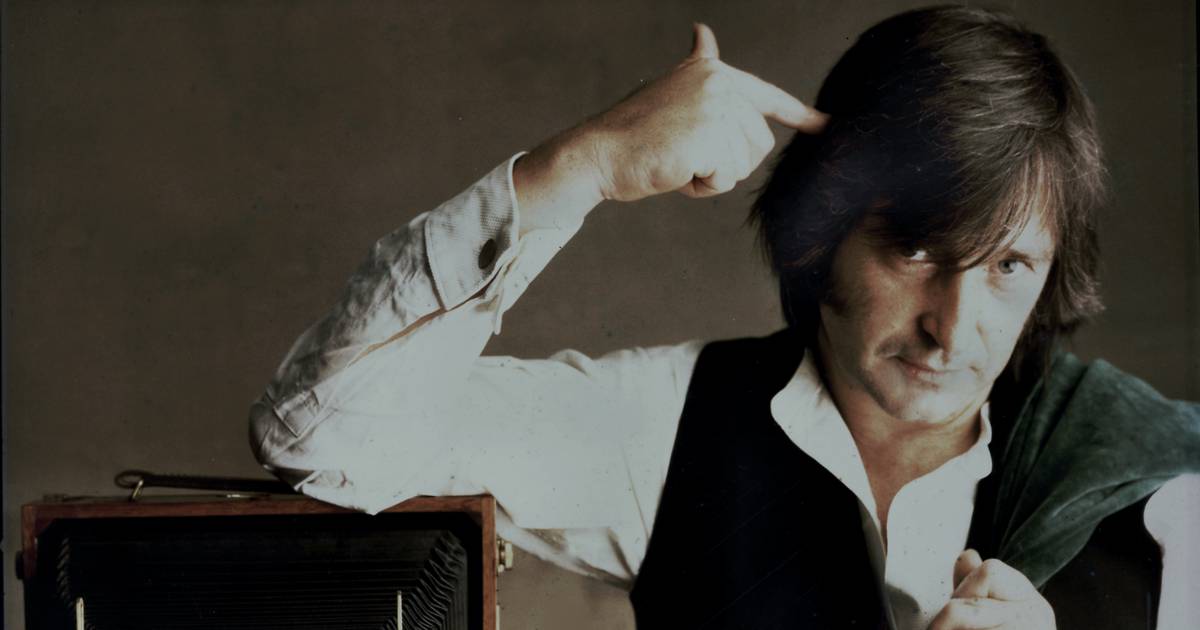 “My first camera was a Nikon Black – like that of Don McCullin – and I used to put the camera on the mantlepiece at night so I could worship it in the morning,” recalls Mike Bunn, one of Ireland’s foremost photographers, who this year celebrates his 80th birthday with a retrospective in Farmleigh Gallery. A true master of the medium, his work over a period of more than five decades is vast and diverse, covering fashion, landscape, seascape, portraiture and more.

We meet in Inspirational Arts, the fine art print studio in Dublin 8 where Ed Dunne and Jim Butler are carefully assembling the final images for the exhibition on speciality papers. Bunn, just off the train from Sligo, is in characteristically ebullient and loquacious form, giving minute background details to the photographs – everything from moody black and white Dublin landscapes of the 1970s to high fashion images, stone age tombs and some extraordinary portraits, including an outstanding one of chef Kevin Thornton.

Supremely articulate, Bunn can certainly talk; plug him in and off he goes, unstoppable in all sorts of directions – just like what he produces, full of knowledge, observation and enthusiasm, including an extraordinary capacity for remembering and reciting poetry and quotations in detail.

A camera is merely a vehicle that allows me see from my eyes to my brain, to see, feel and touch what is in front of me

He describes his approach: “I have an incredibly broad eye – sketch pads would be too slow. As photographers go, I am unique in the history of photography for my age, as very few have such a broad eye. Photography for me is a way of life. A camera is merely a vehicle that allows me see from my eyes to my brain, to see, feel and touch what is in front of me. That’s very important. God has given me incredible memory, a great sense of vision and incredible eyesight,” he says unselfconsciously, sitting back in a chair using his hands expressively.

Born in Blackheath in London on May 28th, 1942, he has been living in Ireland since 1968 when a fishing trip started an “obsession” with this country that has never abated, as described in his book Ireland: The Taste and the Country published in 1991 (with a foreword by JP Dunleavy). His father Alfred came from a distinguished seafaring family going back 300 years “so travel was going to be in my blood”, while his mother Dorothea’s family had Spanish origins. One of her ancestors was a famous engraver to King George III “where the art came in the family”. His younger brother Christopher, who lives in Florida, is also a photographer, and his late sister Anne was a gifted linguist and artist who lived in Italy.

Bunn’s early life included being a member of the Southward Cathedral Choir School and singing for the late Queen Elizabeth, later studying figure drawing in Camberwell Art School. In his late teens he started to travel, including on the maiden voyage of the SS Canberra to Australia, New Zealand and Hawaii. It was on a voyage that he first picked up a camera in Hong Kong “and the sketch pad and paint were tossed aside and the camera became my soul mate”. Later, working at a trendy Chelsea diner in London’s swinging 60s, his friends included a young model called Joanna Lumley, and the young Rod Stewart.

It was a holiday fly fishing trip at the age of 26 that took him to Lough Arrow in Sligo, and to the early stone age burial sites at Carrowkeel on top of the Bricklieve mountains. “At an instant I was fused to the spot – that was over 50 years ago and I am still here, like the dog that jumped over the wall and never went back,” Bunn says with a chuckle.

Some of those images of the Carrowkeel tombs and of fossils from the Sligo coastline are included in the exhibition, which will present 130 selected photographs from his extensive portfolio. “The modern use of camera I find bland, somewhat sterile and lacklustre with very little sense of craftsmanship. I prefer to call myself a visual interpreter rather than a photographer. All I can do with five or six decades of work is find snippets from each decade of what I think is worth putting on the wall. I also will include a slide show of a couple of hundred fashion shots.”

In Dublin in the 1980s he and his partner Betty Wall, who owned one of the city’s first vintage boutiques called Liberty Belle, were the most sought after for photographic shoots in a then embryonic fashion scene by up and coming young designers including John Rocha, Philip Treacy and Michael Mortell, most of whom went on to become established names in the industry. His story of how he met his beloved Betty is a tale in itself.

“I dressed like an undertaker at the time,” he recalls. “I was a good looking teddy boy from London in a double breasted knee length coat made by a tailor, black silk scarf, pinstripe trousers and velvet boots. I used to go to the Bailey with a green flower in my lapel and drink crème de menthe frappé. You couldn’t miss me. Betty was sitting there in a mink coat – I’d been introduced to her by another photographer Tom Collins – and we got talking. She offered me a lift home and asked me would I like a cup of hot chocolate. The rest is history. We lived in Leeson Street, Lucan and then opened a studio in Carrick-on-Shannon. We were together for 44 years until her death from cancer in 2020.” He visits her grave every day.

As a dry fly fisherman, I have always fished upstream looking for new adventures around the corner. If I had fished downstream and gone with the flow, I would have drowned in mediocrity

Betty was what would be nowadays described as a stylist. “She had a very simple way of doing things properly. That all came from three months working in Harrods men’s wear learning about men’s tailoring,” Bunn says. He remembers a particular fashion shoot they worked on in Delphi, Co Mayo for the Cleo boutique. “It had pissed rain all day and we stayed in one of the lodges there. The next day, the sky cleared and we got the whole shoot done that day – Cleo have been using those images for 25 years.”

Daragh McDonagh, a former assistant of Bunn’s who worked in New York for more than 15 years including with the celebrated fashion photographer Richard Avedon, says that Bunn “is the only one who knows how to light and understands light ratio”. Bunn argues that the skill “is instinctive, it’s in my blood”.

“There is always too much light. I choreograph every everything I do. The best fashion shoot I have ever done was The Ghosts – remembering the women of 1916 – no models, no hair and make-up, no clients,” he says.

Viewers will also be intrigued by his portraits taken in the Hindu Kush on the Afghan border, “honeypot of the old China silk road and never conquered and the polo capital of the world”, as well as the subsequent dramatic images of Lainey Keogh’s knitwear inspired by those images, her trip to Kathmandu and Tibetan Buddhist paintings. “I interpreted them in my studio and hair stylist Bryan Murphy in Kazumi made it all work and the images were so successful that they were to be hung in the designer Diane Von Furstenburg’s studio in New York as canvas drops,” says Bunn.

The whole point of this exhibition, he stresses, is to pay homage to photography. “I have travelled hundreds and thousands of miles and I have hundreds and thousands of shots – it is how my left eye has instructed through my brain my right forefinger to pull the trigger. As a dry fly fisherman, I have always fished upstream looking for new adventures around the corner. If I had fished downstream and gone with the flow, I would have drowned in mediocrity. So this exhibition is a homage to photography as a way of life, its history, craftsmanship and understanding of people and landscape, and in that sense I am a classical photographer in the true sense of the word.”