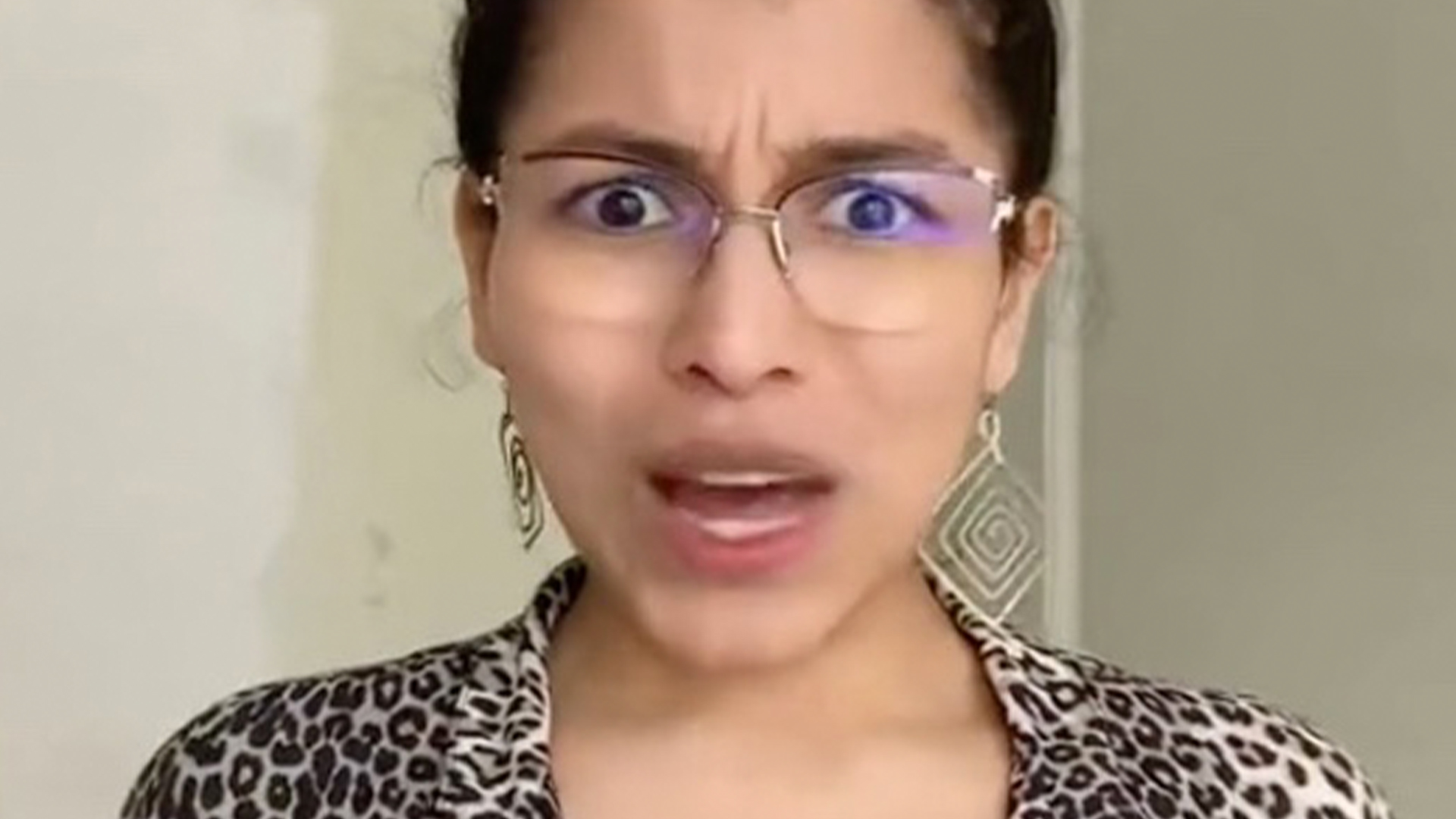 A WOMAN with a 34G bra size has shared her two important tips to abide by when using boob tape to get the best results.

Content creator Vanessa has shown that boob tape does in fact work, all while using some comedic flair in a social media video.

“Does boob tape work on larger chests? Well, you tell me,” Vanessa began in a TikTok video uploaded to her 110k followers.

She then dove into comparisons to show the stark difference between the right side of her chest, which had boob tape on it, and the left side which was untouched.

“She looks fake, and she’s looking down to earth,” she pointed at each side of her chest.

Vanessa wore an amused look as she continued: “She believes in physics, while she’s defying gravity.”

It was made clear to viewers that the boob tape gave the right side of Vanessa’s chest an instant lift.

The busty woman left some advice in the comments section of her clip for women looking to achieve the same results with boob tape.

She said: “Don’t pull them up too much and use enough tape!”

Viewers down in the comments shared their appreciation for Vanessa’s content.

“I just love your channel so much. Thank youuuuu because you help me out a lot so I can love my body,” one TikToker wrote.

Another spectator expressed that they weren’t able to achieve the same results as Vanessa.

They said: “I can never get mine like this.”

“Do you think it would work on a J? I found a really nice prom dress but it’s strapless,” another person wrote.

Vanessa responded by saying: “Give it a try for 2-3 hours to see how it feels.”

“Be careful and patient.”