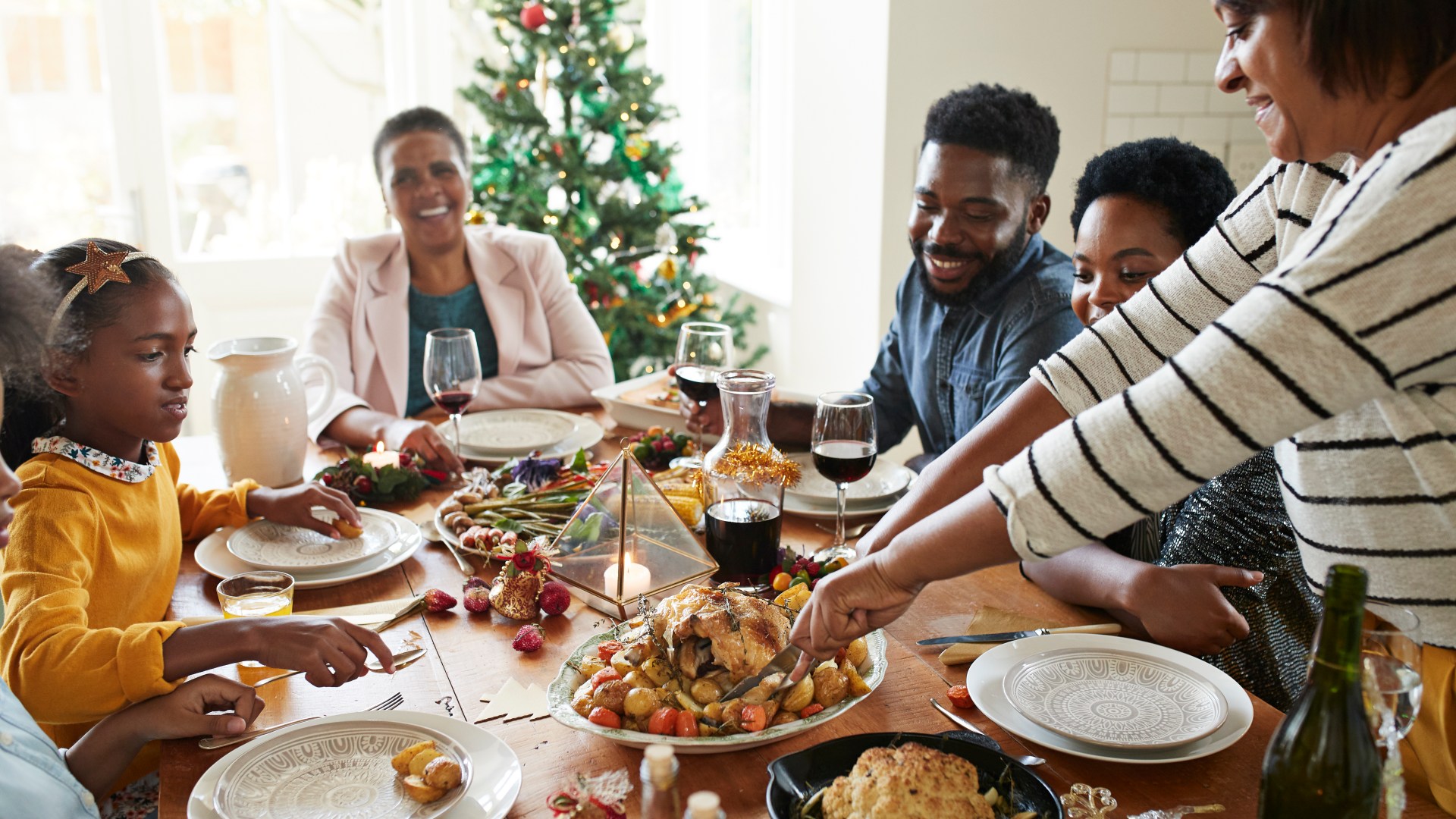 A FOOD blogger has revealed her six top tips on how you can save money on your Christmas dinner and shared a cheap dessert.

The on-gong cost of living crisis has meant many Brits will be tightening their purse strings but will still want to celebrate as Christmas approaches.

Many may want a big, full-on Christmas Day dinner, washed down with plenty to drink, but that could mean splashing out a large amount of money.

However, food blogger Emma Bridgeman has come up with some money saving tips so you can have the traditional Christmas dinner without breaking the bank.

Mum-of-two Emma, from Surrey, launched her food blog Together to Eat in May this year, having previously worked as a Digital Marketing Manager.

During the Covid-19 lockdown she had what she described as a “true lightbulb moment” and realised she could combine her love of family cooking with her marketing skills and become a food blogger.

Her site  is aimed at creating meals for other parents who love food and eating with their kids, including any fussy eaters.

Instead of cooking a huge traditional turkey, roast two extra-large whole chickens instead. Just roast them a little earlier, take them out to rest, then cover in foil and then put in your vegetables to roast.

Avoid buying pre-prepared items and instead make as much as you can from scratch. Prepare everything ahead of the big day and then freeze or chill them until you’re ready to cook.

Only buy value or imperfect vegetable, such as carrots or parsnips, you can turn them into something a bit special by adding some honey or maple syrup to them.

Start searching for offers on alcoholic drinks now so you can get some good bargains, just store them somewhere dark and cool until needed.

Make a homemade pudding in advance. Emma recommends a frozen pudding, such as an ice cream bombe. This will be much cheaper than having to buy two or three desserts.

Cut down on all the trimmings and extras. Everyone will be feeling the pinch this year so there’s no need to go full-on, serving up endless amounts of veg, stuffing, sauces and so on. Doing this will also take the pressure off and mean there is no need to panic making sure everything is ready on time.

The food blogger though credits her mother-in-law for the recipe.

Emma told National World: “I actually can’t take credit for this raspberry ice cream bombe recipe, it’s one my mother-in-law has been making at Christmas for over 20 years, ever since she was given the recipe from a friend.

“My mother-in-law is Norwegian, which means she celebrates Christmas Eve instead of Christmas Day, hosting the whole family, and each year she rolls out this dessert and everyone goes nuts for it. I think most of us can say that it’s one of our favourite things about Christmas Eve.”

It has just four ingredients to make, takes just 15 minutes to prepare – although it does take a few hours to freeze – and is enough to serve eight.

Even better is that it costs less than £3 to make, although this depends on where you shop.

There is no cooking involved so you save on your energy bill too.

Here’s Emma’s basic recipe but you can find all the details on her blog page or you can follow along on her YouTube channel.

The ice-cream bombe will keep in the freezer for up to three months.