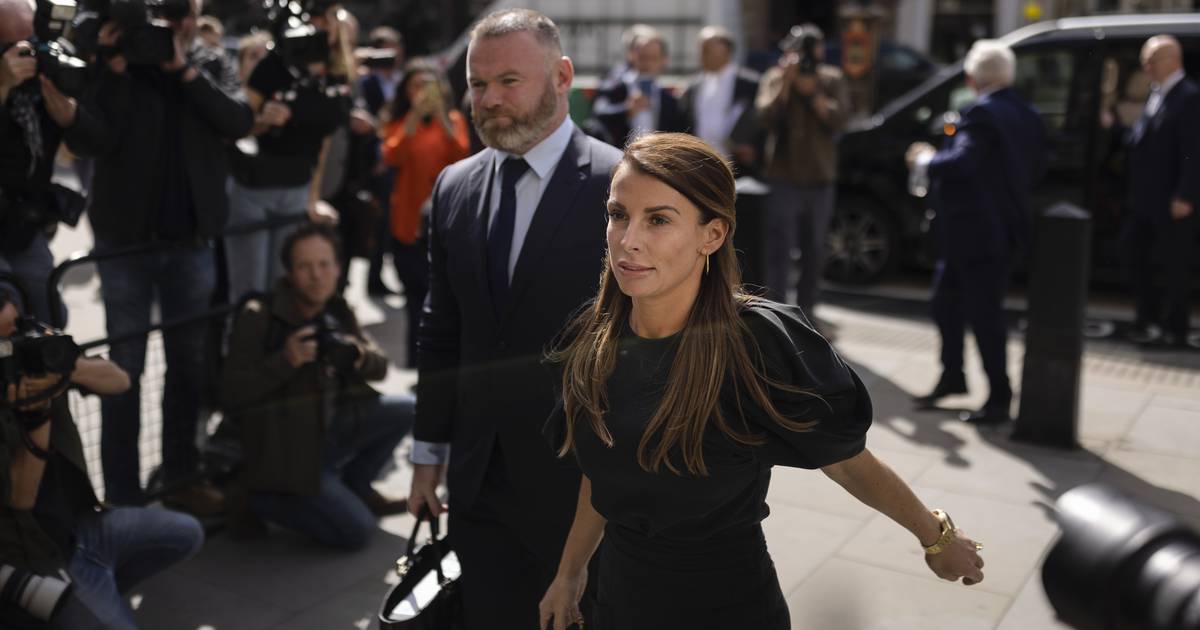 A big-budget drama featuring major characters in the Wagatha Christie case is to join the slew of documentaries already in production, as the race hots up to bring the rancorous details of the British high court battle to the small screen.

The row between two high-profile footballers’ wives, which ended last week when the judge ruled in favour of Coleen Rooney, is to be turned into television serial by one of Britain’s leading screenwriters. Debbie Horsfield, who adapted Poldark for the 2015-19 BBC series, is to write a drama chronicling the notorious public row between Rebekah Vardy, wife of leading Leicester goal scorer Jamie Vardy, and Coleen Rooney, wife of Wayne Rooney, the renowned former England player and, until last month, manager of Derby County.

The libel claim famously centred on a trap set for Vardy by her former friend Rooney, who suspected that stories about her personal life and family were being sold to the tabloid press. Restricted access to a private Instagram account that was followed by Vardy appeared to lead directly to items carried by the Sun newspaper. Vardy claimed she was wrongly publicly identified as the culprit and sued Rooney for libel.

High court judge Mrs Justice Karen Steyn ruled on Friday that Rooney’s accusation had been “substantially true”. Now the makers of A Very English Scandal, a drama about the Jeremy Thorpe case starring Hugh Grant and Ben Whishaw, and the more recent A Very British Scandal, starring Paul Bettany and Claire Foy as the Duke and Duchess of Argyll, have confirmed that they are about to take on this high profile modern-day scandal.

Like the previous salacious disputes, the production company, Blueprint Pictures, has fictionalised the Vardy versus Rooney scrap, which provided a distraction for many during a turbulent summer and creating a moral debate about the rights and wrongs of an exposing libel action.

Horsfield, who wrote BBC One’s 2018 the hair salon saga Age Before Beauty, is working on the new TV drama for Blueprint Pictures alongside her former Poldark producer, Karen Thrussell. Likely key plot points will be the hatching of Rooney’s “Scousetrap” scheme to lure Vardy into revealing herself via Instagram, and the loss at sea of a potentially incriminating mobile phone owned by Vardy’s agent, Caroline Watt, during a voyage around the coast of Scotland. Watt did not give evidence at the high court as she was judged by a forensic psychologist to be in an unfit state of mind.

Blueprint Pictures, behind the Horsfield script, is run by television executives Peter Czernin and Graham Broadbent, who met at university in Bristol. Together they have made the acclaimed and popular films In Bruges, The Best Exotic Marigold Hotel and Three Billboards Outside Ebbing, Missouri, alongside their television hits, earning them both Oscars and Baftas. They set up Blueprint Pictures in 2005 and are shortly to bring out The Beautiful Game, written by Frank Cottrell Boyce and directed by Thea Sharrock, as well as The Banshees of Inisherin, the latest film from Irish playwright Martin McDonagh.

Rooney is reportedly making a documentary chronicling her own attempts to turn detective. She is said to have been working with Lorton Entertainment, which also made the football documentary Rooney, on a show about the legal dispute, destined for an unknown broadcast platform. Netflix is thought to be planning to screen a fly-on-the-wall documentary by Dorothy St Pictures, the filmmakers behind a recent Pamela Anderson documentary, which had cameras on Rooney during her court case this spring.

In addition, Channel 4 is working on a reconstruction of the significant courtroom scenes, filmed by production company Chalkboard, using the real court transcripts. Actors will play the parts of the key adversaries and their husbands.

Tom Popay, creative director at Chalkboard, has been quoted justifying the project: “The #WagathaChristie phenomenon has become one of the most talked-about moments in the history of social media. The court case that followed has captivated the entire nation but very few people actually got to see what happened inside the courtroom.”

The BBC is also set to broadcast a documentary, made by Curious Films, telling both sides of Rooney’s attempts at Instagram sleuthing. Reportedly on the point of beginning filming, it is an investigation into the social media warfare conducted by supporters of each faction, and will include testimony from “the Vardy camp” – possibly including Vardy herself.

And yet another production company, Optomen Television, is working on a documentary about the explosive case, although neither of the women is thought to be involved with the research for this programme.

As well as offering human conflict and high emotion, the Wagatha narrative offers a snapshot of British celebrity culture. Several moments in the court case highlighted the generational and educational chasms in wider British society. Rebekah Vardy did not know the phrase “Davy Jones’s locker”, while her barrister appeared to be unsure about how Instagram works. – Guardian