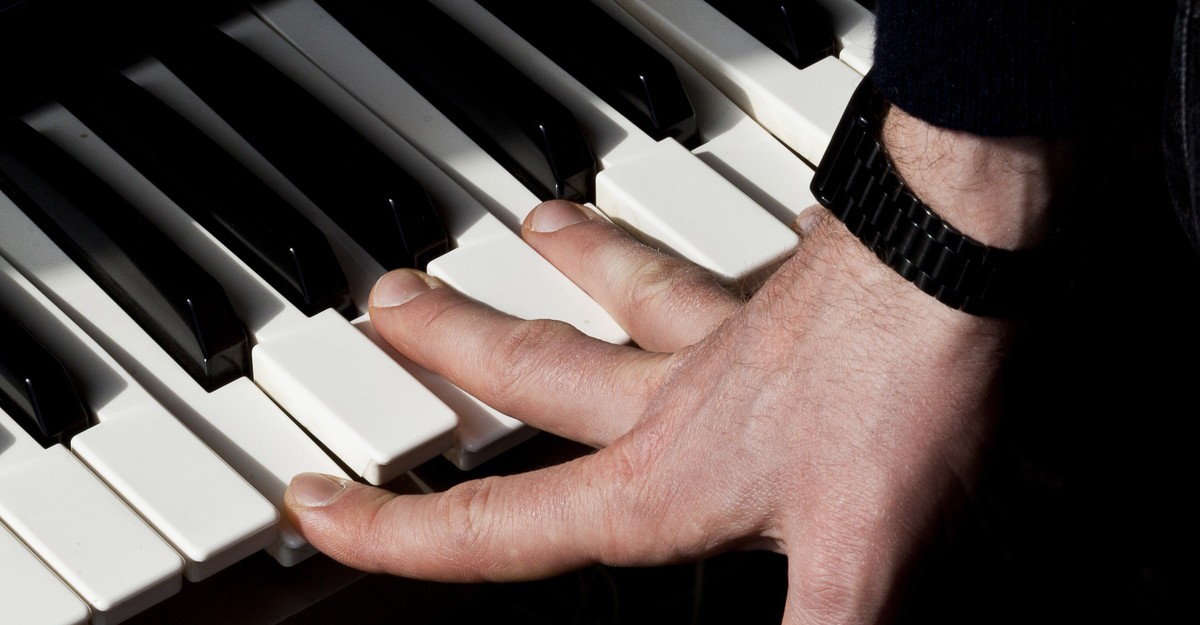 ​​At eight o’clock one Saturday morning, six giants appeared in front of the building where I live, propped open the front door, and started heaving a thickly swaddled 1930 Steinway Model L grand piano up the narrow switchbacks to the fourth floor.

If these stairs give out, I thought—not a distant possibility—I’ll have blood on my hands. Some 90 minutes in, as I peeked out from my kitchen entryway onto the landing one floor below, one of the giants caught sight of me: “Oh. You’re the guy.”

I’m the guy—the guy who saw fit to spirit a 600-pound piano onto the vinyl-tile living-room floor of his railroad apartment next to a cement factory. When I sat down and played, even before the tuner had come to settle those jostled strings, I understood at once that it was the right choice: A grand piano—sweet sounding, sensitive keyed, screen free, and utterly indifferent to the quality of your Wi-Fi—has made my life a warmer, lovelier, better-ballasted thing.

I grew up in Salt Lake City, a place with a lot of pianos: the flinty hand-me-down upright in my mother’s dining room, on which she taught my first six years of lessons; the five- or six-foot grands in the living rooms of some of our neighbors, whose kids I would babysit for spending money and so I could tinker away after they went to bed. These were families I knew from our Mormon church, where I would go on school-day afternoons to practice when my mom was teaching at home—as ward organist, she had the keys. Then there was the 6-foot-11-inch Steinway Model B in my piano teacher’s living room, where a handsome fire purred all winter and she sat incurably glamorous, welded to her coffee mug, an assassin at the keyboard.

I loved learning the piano. I loved the puzzle of a new piece, noticing how some composers’ ideas (mostly the Russian romantics—Scriabin, Rachmaninoff) felt almost preprogrammed in my brain, so intuitive were both the sounds and the physical movements that made them—while others posed a baffling and charmless blockade. Being a semiserious student meant I had to play some Bach and Beethoven too—earlier, sparer, more naked music than the romantics, and for this reason, less forgiving of weak points in technique. Outside a few episodes of real stage fright, I loved performing, and by the second half of high school, I was giving passable solo performances to a recital hall full of smiling friends and family.

After college in California—a place where, at the cost of many years of peace, I revealed myself to be gay and cut ties with Mormonism—I moved to Los Angeles to begin adulthood. Suddenly, the abundance of pianos I’d known up to that point was replaced by none. (The exception was the Bösendorfer in my first employer’s Brentwood living room.) Electronic keyboards came and went, but using them—lifeless, rickety, bereft of voice or vibration—was like cooking with earplugs in your nose.

And thus it went for many pianoless years, through a move across the country to Brooklyn. The rare encounter with a piano was both pleasing and painful, given the deterioration of my repertory memory and dexterity—until I made something up one evening for my friend Courtney on her Yamaha upright, and she said, in the way that the right person at the right time can glide in and unlock the door to a whole other wing of your life, “You should really have a piano.” She told me about the auction house Doyle, on the Upper East Side, where an undervalued grand might occasionally show up alongside the vases and the rugs. I trekked there in the January cold and, shooting squarely from the hip, placed a bid—a few thousand dollars—for a honey-colored Steinway from the 1920s. (James Barron’s magnificent New York Times series on the making of a Steinway describes “a fondness if not a reverence” among musicians for instruments from this “golden age”—a phrase at which the company, which is still making and selling pianos, chafes.)

I got outbid, but it didn’t matter. I was hooked on a vision of my life infused with the romance of my own Steinway. I found a similar instrument at a suburban dealer and picked what turned out to be the coldest day of 2016 for a trip there on the Long Island Railroad. When I arrived, the windows of the store were fogged over from the humidifiers on full blast to guard against the expansion and contraction that promise every piano its eventual doom.

As I sat there muddling through Brahms, trying to repatriate to a country whose language I could only faintly recall, I dreamed of having a piano like this in a place where nothing could ever keep me from it—no keys to the church, no cords or MIDI cables to extract from a closet. At any hour of any day, under any condition, I could just walk right up to the keys and press down on one of them, and then another, and then sit down and be up, up, and away.

Contemplating such a thing was marvelous. It was, at the same time, absurd. At the dealer price, I’d have to take out a loan—even for this model that, having not recently undergone the major renovations a piano needs over its life, was a quarter the cost of new; plus, I really did fear that the haul to my decrepit walk-up would end in disaster. What would happen if I had to move?

But the dream made a better case, and I suppose it was never really up to me anyway: My piano is haunted, you know. Its arrival, a week or so after that Long Island test run, coincided with an isolated but terrifying instance of sleep paralysis and hallucination. I hadn’t bargained for how much and with what fervency this object would exert its pull, or how immediately.

The Bach corpus I once rejected is now my favorite, and I’m making my way through his toccatas; adult me has a modicum of discipline and patience, it turns out, and has experienced many brain-remodeling recordings of Glenn Gould. My last Zoom lesson with my piano teacher (the same one, as glamorous and caffeinated as ever) was largely of the “no notes” variety—an interaction without precedent in our relationship. But mostly, I love to sit down and play whatever comes—for my friends, for a man, for the camera on the phone with which I sometimes post my endless song to Instagram.

I’ve sat at that piano playing karaoke tracks for party guests. I’ve sat there singing the hymns of my childhood, a delicate reclaiming of a confiscated history. I’ve sat there as my ex-boyfriend cloistered himself at the opposite end of the apartment with a set of noise-canceling headphones: “It’s just so loud.” It sometimes occurred to me that my piano would still work in the apocalypse, which seemed melodramatic. But then I sat there, alone, with a shattered heart in the early days of COVID, and from my bench, I could see the spire of the Empire State Building pulsing red and white, up and down: emergency.

A little later, I sat there when I wasn’t sure how to pick up steam writing a novel about the origins of my childhood faith. I played a few notes and sang along from the 38th chapter of Job, making up music to go with the words—a legend of creation—that have chased after me since the moment I first read them: “When the morning stars sang together, and all the sons of God shouted for joy.”

You might, I suppose, just get a guitar. Or a harmonica. Both are portable, perfect for dabbling, and invite as much joyous creativity as any musical instrument. But some things in life are meant to be heavy and indebting and antiquated; they are meant to demand regular and highly specialized maintenance; they are meant to bring forward the weight of the past, to urge it upon us, to keep us unreasonably awake. I think about all the years when I didn’t have a piano, when to some degree I believed it impossible, another piece of the past I’d had to leave behind. But the thing about a piano is that it’s too big to disappear; it’s big enough to fight, big enough to find its way to you. “Oh,” my piano said in that outlying showroom all those years ago. “You’re the guy.”