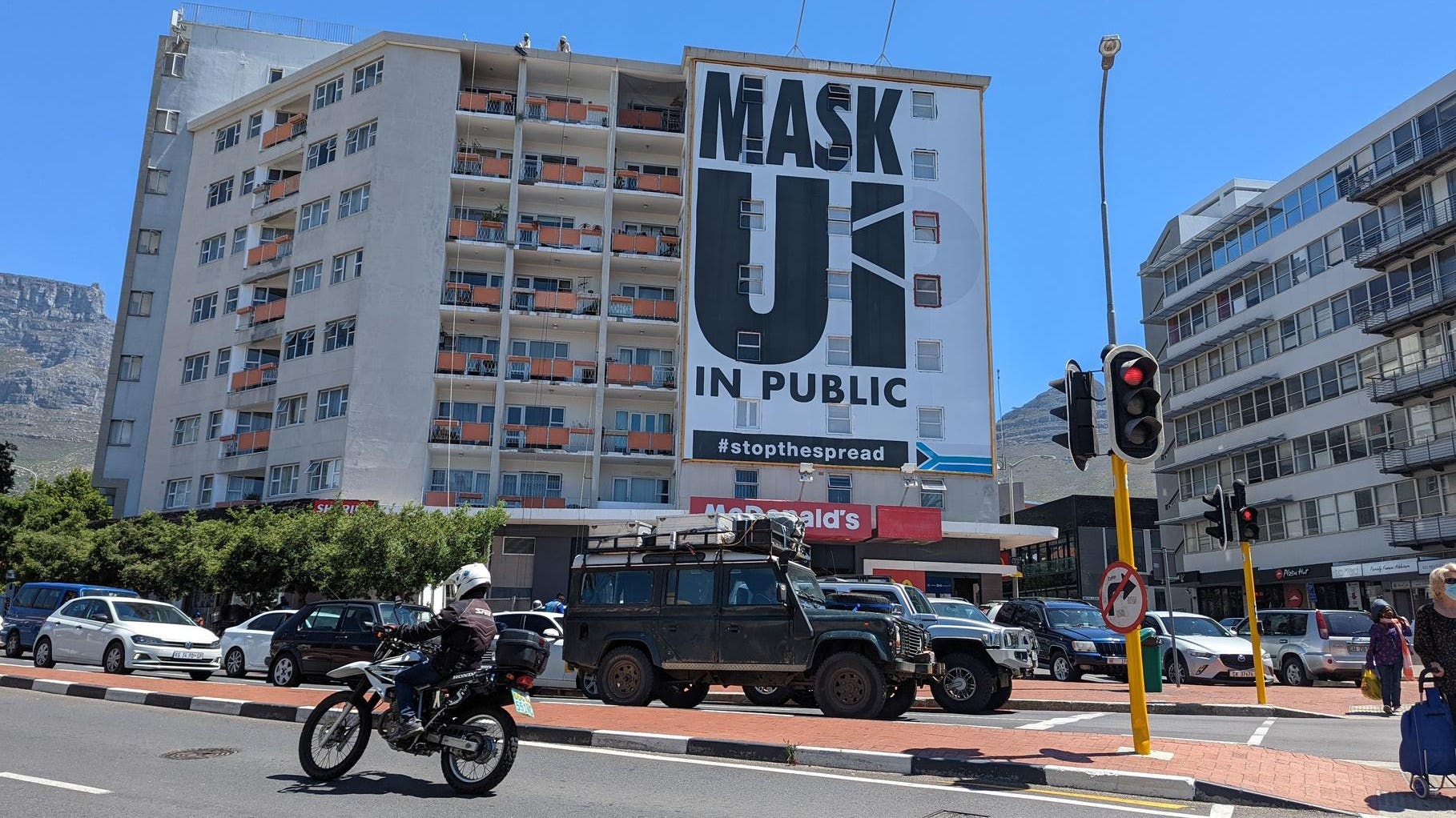 The pandemic has all but ended in South Africa. Sure, there are still signs warning everyone to maintain a social distancing. And people continue to wear masks in public. But talk to South Africans, and you get the sense that it is, as they say in the American South, all over but the shoutin’.

The way South Africa successfully handled the latest wave of the pandemic offers a preview of what could happen elsewhere. That’s because it’s a few weeks ahead of the rest of the world when it comes to the highly infectious omicron variant. A massive wave of infections hit South Africa in mid-December but crested by early January. The daily new-infection rate is now around 3,000, roughly the same as in mid-September.

The end of the pandemic is fascinating to watch up close here in South Africa. South Africans seem to be a few steps ahead of the government, slowly removing their masks and resuming normal social activity days or weeks before it’s officially allowed. It’s not happening a moment too soon for South Africa’s beleaguered tourism industry, which took an omicron-size hit in December when many countries banned travel to and from South Africa. But there is finally a sense that this pandemic is in its final stages.

No country needs that more than South Africa.

How did Covid-19 affect South Africa?

Covid-19 has hit the South African economy hard. A recent report by the World Bank predicted a modest bounce-back for 2021, with a 4% growth rate. But that was before omicron slammed the brakes on the country’s recovery. Even if that hadn’t happened, growth was expected to slow to 2.1% this year and to just 1.5% in 2023.

But omicron hit the tourism sector the hardest. The surge coincided with high season, during the summer months of December and January. Visitors usually come to Cape Town to enjoy the balmy weather or go on safari. Travelers couldn’t or wouldn’t come here to South Africa because of the travel warnings and fear of catching Covid-19. And, for the most part, they haven’t returned yet, further depressing South Africa’s hotel and tour businesses.

“South Africa was under attack with the association of the new variant originating in South Africa as was thus dubbed the South African variant,” the report noted. “This was repeatedly reported on global platforms and as a result, some countries issued travel advisories and travel bans to and from South Africa.”

Put differently, there may be no country on earth that got hit harder than South Africa during the pandemic.

When will Covid-19 end in South Africa?

It’s a question of when — not if — Covid will end in South Africa. In Cape Town, Covid looks like it’s almost over.

If you’re arriving on an international flight, a customs official will ask you for a printout of your PCR test, but they”ll just give it a cursory glance before welcoming you to South Africa. By contrast, I had to show proof of vaccination, download a contact tracing app on my smartphone and submit to regular tests when I visited the Middle East last month. In South Africa, your vaccination status doesn’t matter, and there is no mandatory contact tracing app.

Earlier this week, South African authorities announced that people who test positive for the coronavirus but show no symptoms of Covid-19 no longer have to self-isolate. The government also reopened schools to in-person learning.

The only remnant of COVID is a mask requirement for public places, but only about half the people I saw in Cape Town wore masks. Several residents told me they expect the mask requirement to be dropped within the next week.

About two hours northeast of Cape Town, at Aquila Private Game Reserve & Spa, there are mixed feelings about the end and the speed with which it’s happening. The resort offers everything you’d expect from a South African safari — you can see elephants, Cape buffalo, giraffes, lions and hippos on a two-hour jeep excursion.

There are still strict rules in place for masking and social distancing. But when I visited, guests behaved as if the pandemic was almost over. On the jeep tour, many visitors decided to forego their masks, and no one protested. The maskless behavior continued at the pool, around the resort and at the spa.

Many of the conversations I overheard were about the hassle of getting to South Africa and the fear of getting back into their countries, for which they will need a negative PCR test. But even there, things are changing quickly. The U.K. has dropped many of its Covid rules and most of Scandinavia has also eliminated its restrictions.

How the pandemic is ending in Cape Town

As the number of new Covid cases continues to fall in South Africa, there’s a lot of speculation about how this will finally conclude. At the Taj Cape Town, an upscale hotel with impressive views of the city and Table Mountain, General Manager Mark Wernich predicts the rest of the restrictions will be removed soon. There’s a presidential speech scheduled for next week, and he says there’s speculation that even more Covid-era rules will be removed.

“Hopefully,” he adds, “people will return then.”

Officially, Covid will probably end in stages — this week’s announcement and maybe next week’s presidential address will undo most of the restrictions that have kept tourists away and prevented people from living normal lives for so long. It’s a process that travelers from other countries will likely pay close attention to. South Africa was first to experience the tidal wave of omicron cases and among the first to emerge. In just a few weeks, the rest of the world could follow.

But residents seem to be a step ahead of those announcements. In their minds, this epidemic is already over, and they are just going through the motions.

Will visitors return? Maybe not immediately. First, Covid has to end not just in South Africa, but in the countries where most visitors come from. South Africa’s top overseas markets are already leaning in that direction. The U.K., the number one feeder market, is well on its way to dismantling its existing Covid restrictions. The number-two market, Germany, still has a ways to go — as does the number-three market, the United States.

But everything is happening faster than anyone expected. And soon, if all goes as expected, the lobbies of the Taj and the Aquila will again be bustling with tourists.