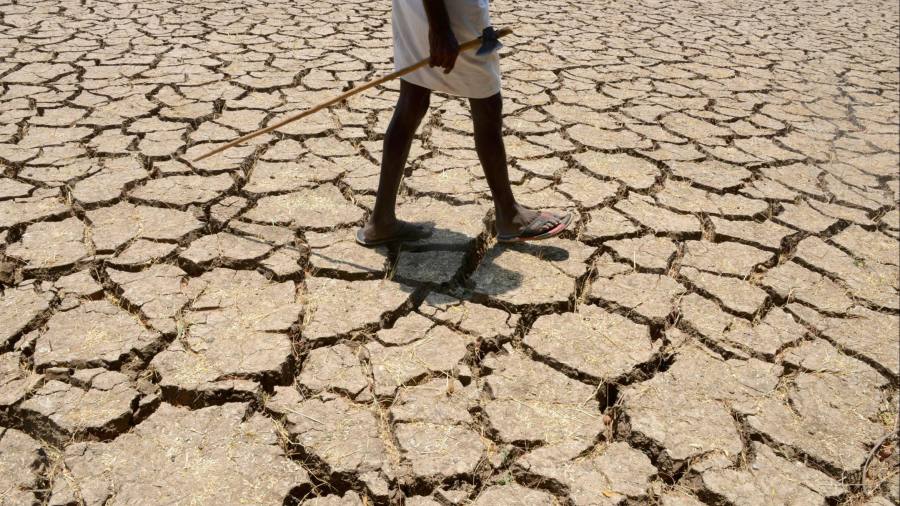 After seeing world leaders in Egypt this week hammering out agreements on cutting carbon emissions, you may have made a mental note to invest for the good of the planet. But will you put those thoughts into action? Unless you pay a professional adviser to select investments, I doubt you will.

There are two ways to prove me wrong. You could move into investments that benefit the planet or avoid things that destroy it. Or you could vote on your shares or try to influence the professionals who manage your investments.

In both areas, retail investors are taking little action. One hurdle that research and surveys repeatedly throw up is lack of knowledge. This is a poor excuse. Campaign groups such as ShareAction and Make My Money Matter have reams of educational material online, while the major retail investment platforms offer investment recommendations.

But the evidence that interest translates into action remains underwhelming. Make My Money Matter, a campaign to boost sustainable investments at pension funds, says people are increasingly aware of the connection between climate and pensions. But only 40,000 of them have done anything about it when it comes to signing petitions, contacting their provider or engaging with employers.

Fewer than half of those who believe all pension investments should be sustainable have taken action to move their pensions into these types of investment, research from Interactive Investor found.

It may be a growing trend, but it is from a very low base. Hargreaves Lansdown reports the number of its clients currently holding an ethical investment is up by about 27 per cent over the year to the end of September. Interactive Investor also reports increased exposure to sustainable funds. But at just 2.17 per cent of assets by value on the platform, it’s “baby steps”.

Yet after a torrid year on markets, it’s surprising this trend has continued at all. High inflation and rising interest rates have benefited value shares — including miners and energy — at the expense of growth shares. Sustainable funds have suffered because they tend to favour growth companies such as technology stocks due to their lower carbon footprints.

Investors are more focused on gains and income than deforestation and carbon emissions. And it’s been a terrific few months to hold oil and gas stocks. Soaring fossil fuel prices, pushed higher by Russia’s invasion of Ukraine, have helped the shares of the world’s biggest energy majors outperform.

The picture has shifted again more recently. Hargreaves Lansdown, the largest platform, notes that over the past few months net flows into oil and gas companies have been consistently negative. “Between August 10 and November 7 we’ve seen 3 per cent of clients holding BP completely sell out of their position,” says Susannah Streeter, senior markets analyst. Though she admits “it may be a sign clients are taking gains from the recent rally”.

In a cost of living crisis, for many the distress signals are louder from our urgent financial worries than from the planet. Those coming up to retirement cannot afford to ignore near-term factors such as sustaining an income.

Even ShareAction’s chief executive, Catherine Howarth, concedes: “It’s rational for younger people to invest with a focus on ESG risks and impacts. For older people, closer to retirement, the near-term financial factors are dominant, which is rational for them.”

People have diametrically opposed views of ESG investing based on their age, according to a survey this year by Stanford Graduate School of Business. Young investors want fund managers to advocate for environmental and social causes, and claim to be willing to lose between 6 and 10 per cent of their retirement savings to support ESG causes. Older investors want managers to stick with generating financial returns and do not want to lose anything.

But that was earlier this year, and, as they say in Game of Thrones, “winter is coming”. The rising cost of living has led more than 11mn people across the UK to look for money help in the past three months alone, research from the Money and Pensions Service suggests. That’s a fifth of UK adults in search of free help, money guidance or debt advice, and young people are the most likely to need help.

Perhaps the cost of living crisis will itself unlock ESG investing. ShareAction reports its greatest success in 2022 was its campaign to introduce a real living wage at Sainsbury’s. It lost the campaign, but was pleased that almost a sixth of shareholders voted in favour.

Which leads me to the second way you could prove me wrong — by voting your shares and participating in annual general meetings (AGMs). It’s possible to do this on platforms, but most investors don’t. Howarth says: “Even if voting was the easiest thing in the world, if you have a job, you do not have time to research every resolution. That’s why you pay a fund manager for stewardship.”

We need the big institutions to help us but the steps they are taking are only modest. BlackRock, the world’s biggest fund manager, recently announced an experiment in shareholder democracy, initially just for the lucky few. Some of its biggest clients will have more say on how the shares underlying their index fund investments are voted at company meetings.

ShareAction has been going since 2005, but has far to go in helping make the UK’s investment system democratic and sustainable.

But we also need shareholder voting for all retail investors, preferably with a smooth interface. We need pension funds to consult their underlying membership to inform their stewardship and fund managers to canvas the views of retail investors.

Without legislation, it will be a very long time before ordinary people have a real voice in the system, or are inclined to use it. So if you’re interested but not acting, it’s not entirely your fault.