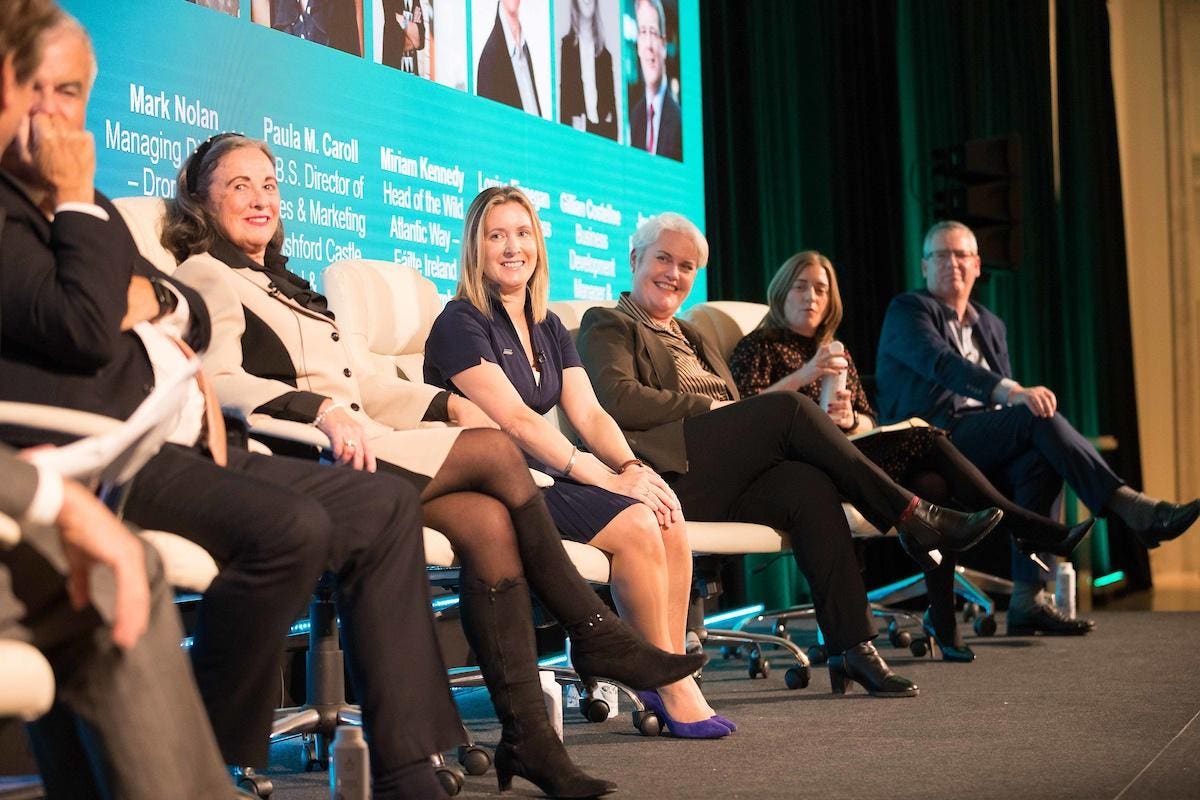 Two industries that often take an oversized share of criticism are looking for ways to work together to help benefit a core constituency for both, communities that are not well served and, in many cases, not served at all by scheduled airlines.

On the travel and tourism side of the equation, the industry is often criticized for low wages, mass tourism, and not doing enough to benefit locals. On the other hand, business aviation is a lightning rod for climate campaigners who view private jets as wasteful, an unnecessary chariot for celebrities and CEOs, with an outsized carbon footprint.

The truth is for decades; the travel industry has been a leader in sustainability, both in design and processes, as well as using local suppliers and enabling indigenous peoples to find work in their home areas. Meanwhile, private aviation saves thousands of lives, bringing first responders and supplies after natural disasters and organ transplants. The industry has been a force behind the development of sustainable aviation fuel, and more so, by doing what it does, providing economic opportunities in places airlines don’t go or don’t go often enough or from enough places.

That said, it’s rare to find executives of private aviation and travel and tourism industry in the same room, as while seemingly closely connected, they operate in separate silos.

However, thanks to the foresight of the upstart Irish Business & General Aviation Association, Ireland’s Department of Transport, Tourism Ireland, and Fáilte Ireland, that may be about to change.

If the groups can come together, Ireland’s northern and western regions, which lag economically, stand to benefit. A 2020 government report found a “range of sectors, including health, education, infrastructure and transport, was lagging behind other parts of the country.” It concluded beyond Dublin; rural communities were being negatively impacted by a “two-speed economy.”

Ireland’s business aviation segment generates 666 million euros and 2,000 direct and indirect jobs via 10 airports accessible by private aviation. In 2019, prior to the pandemic, tourism to the island supported 330,000 jobs, bringing 5.9 billion euros in revenues from 11.3 million visitors, which means the average visitor who stays 7.3 nights spends $543 at current exchange rates.

And there is the possible opportunity: A partnership between tourism interests and private aviation may not bring the masses, but it can bring travelers who spend a lot. The average spending for private jet visitors, excluding airport services and fuel, is around $85,000, so one private jet with four or five passengers brings about as much revenue as an airliner with 160 passengers.

“Research in 2020 confirmed while Ireland has a strong offering, it is only attracting a fraction of the luxury tourism sector,” Minister of State at the Department of Transport Hildegarde Naughton told attendees.

They believe the same CEOs and UHNW entrepreneurs who will come for the spectacular scenery and picturesque drives will find the emerald isle an ideal place to set up businesses or invest, particularly in areas where the cost of living is low and there is a thirst for new jobs to keep the younger population from moving away.

There is also money to be had by generating more stopover visits. According to WingX, just 7% of transatlantic private jet flights start, end, or stop in Ireland, something the groups see as an opportunity. Shannon Airport offers pre-clearance enabling private jets to fly nonstop to more than 200 U.S. airports, making it an ideal refueling stop after a vacation in the Med or for private jet travelers flying between the Middle East and North America.

The importance of tourism and its potential to create more opportunities cannot be understated. For example, Ashford Castle, a luxury resort in the picturesque village of Cong, with just 150 residents, provides 400 jobs. It is simply the foundation of the local economy. Already, about 300 arrivals each year come via private jets using West Ireland Airport Knock, an hour away. Ireland’s main gateway, Dublin Airport, which takes 94% airline arrivals, is three-and-a-half hours by road to the east.

Louise Finnegan, Head of Business Partnerships at Tourism Ireland, told attendees that while the country has lots to offer the upscale visitor, research shows it is not as high on the radar for UHNW travelers officials would like.

However, the government is trying hard to give well-heeled travelers more reasons to come. Miriam Kennedy, Head of the Wild Atlantic Way at Fáilte Ireland, says during the pandemic the tourist board incubated over 100 experiences targeting the ultra-luxury market, ranging for access to venues not normally open to the public to its world-renowned horse breeding segment. Of course, there are adventures covering everything from golf to fishing, hiking, biking, walking, antiquing, and even surfing.

While collaborations between private jet companies and travel suppliers aren’t rare, they are often limited to a press release and putting logos on each other’s websites. Generally speaking, they serve the purpose of creating awareness via public relations, but don’t necessarily drive tangible results.

Of course, that’s not always the case. In the early 2000s Visit Mexico, successfully targeted UHNWs by making private aviation a market segment like LGBT or honeymoon/romance travel and creating a fully integrated program.

Alfonso Sumano is a former executive with Visit Mexico and World Travel & Tourism Council, and now president of Zoi Media Group, a travel platform promoting high-end experiences. He says of Mexico’s campaign to attract private jets, “At the end of the day, expenditure is the most important. It means more money going into the local community. The higher the spend the better for the destination,” adding, “Our research showed the private aviation user spent 80 to 100 times more than the typical air visitor.” An added benefit, he says, is that the tourism product that private jet users seek is “low-density and sustainable.”

Similarly, Turks & Caicos was able to generate over $200 million in tourism investment by targeting developers. Its campaign pitched, “While other countries give you red tape, we give you a red carpet.” It included an invitation to contact the chief minister, which several investors did.

So far in Ireland, there has been a small promotion with European very light jet operator GlobeAir, using a video produced by the tourist board. Whether or not tourism and private aviation can come together in a meaningful way, remains to be seen. However, executives from both sides seemed eager. Finnegan told the private aviation executives, “We’re here because we want to work with you.”