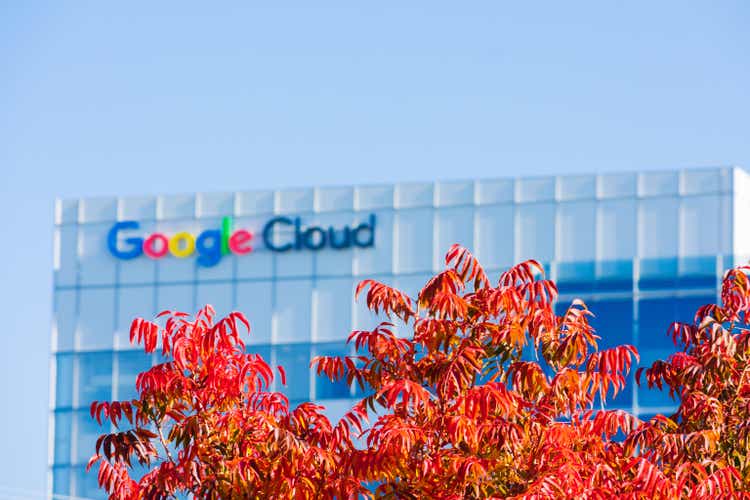 Alphabet stock (NASDAQ:GOOG)(NASDAQ:GOOGL) has been decimated this year, dropping more than 40%, before recovering slightly in Thursday’s broad rally. Much of this has to do with the macroeconomic environment.

Inflation is tenacious, the Federal Reserve is committed to raising rates, and a recession looks all but inevitable. The key will be how long and how deep. One likely result is that advertisers will tighten budgets, hurting Google Search and YouTube ads revenue.

Alphabet’s results have not been awful this year. Revenue is up more than 13% year over year (YOY) through Q3, and the balance sheet is in terrific shape. Operating income and cash from operations are about even with last year as costs have risen along with revenue.

At the end of last year, I made Alphabet one of my top three long-term picks, along with AbbVie (ABBV) and VICI Properties (VICI). Alphabet has been a giant disappointment, while the others have outperformed.

There are many excellent reasons to believe in Google long-term. Advertisers will tell you that if you aren’t on page one of Google Search – forget it. And they will pay what it takes to get there. YouTube is consistent and has tremendous potential.

Another reason to believe long-term is Google Cloud. This is a massive opportunity to generate profits, but it has yet to happen. And that concern is the focus of this article.

Google Cloud competes with Microsoft’s Azure (MSFT) and Amazon Web Services (AWS) (AMZN), among others. AWS is the market leader with about one-third of the total cloud platform as a service (PaaS) and infrastructure as a service (IaaS) market. Azure claims a little over 20%, and Google Cloud follows with 10%, according to Statista.

Both Azure and AWS are incredibly profitable and growing fast. I’ll compare Google Cloud to just AWS for simplicity on profitability and growth.

The Google Cloud segment has never posted a single quarterly operating profit. This is in stark contrast to AWS and Azure, which are highly profitable.

The chart below shows Google Cloud’s revenue and operating income since Q1 2021. Revenue is on the left of the graph, and operating losses to the right.

Sales increased by 70% during this time. The operating margin improved marginally, but there needs to be a clear trend toward profitability.

The operating margin has improved as sales have grown, but going from a quarterly loss of $974 million to a quarterly loss of just $700 million in a little under two years isn’t convincing. In addition, Google Cloud lost more from operations in Q3 this year than last year.

How about the competition?

But wait! Google Cloud will generate AWS-like profits once it scales to AWS revenues, right? That’s what shareholders are banking on. So, let’s take a closer look at growth.

How fast is Google Cloud growing?

There are two ways to look at growth. Investors often look at compound annual growth rates (CAGR) and year-over-year growth expressed in percentages.

On this basis, Google Cloud has grown revenue at a prolific clip in recent quarters, as shown below.

I like tracking the actual dollars added, along with percentages, to get a clearer picture of comparable growth.

Let’s look at revenue added year over year by quarter:

Google Cloud added the most YOY sales in Q3, which is fantastic. The trend is clearly up – also encouraging. However, as an investor, I would like to see this acceleration sustained. Especially given Amazon’s earnings call commentary; customers are becoming much more price-conscious about their cloud spending.

AWS adds more revenue dollars each period than Google Cloud. However, Q3 saw that spread narrow significantly, as shown below.

Google Cloud added $1.9 billion in sales, while AWS $4.4 billion in Q3 YOY. This is by far the lowest spread in more than a year. Keep this up, and investors will be very pleased.

Google Cloud as a future profit driver is more complex than some let on. We need to look beyond just the top line.

Growth is robust, and Q3 was impressive compared to the competition. Q4 will be vital to see how much the lagging economy will hurt.

But profitability is a significant concern.

As investors, we sometimes take for granted that if a segment grows enough, it will become profitable. But growth isn’t a magic bridge to profits (look at Amazon’s retail sales). Management has work to do here.