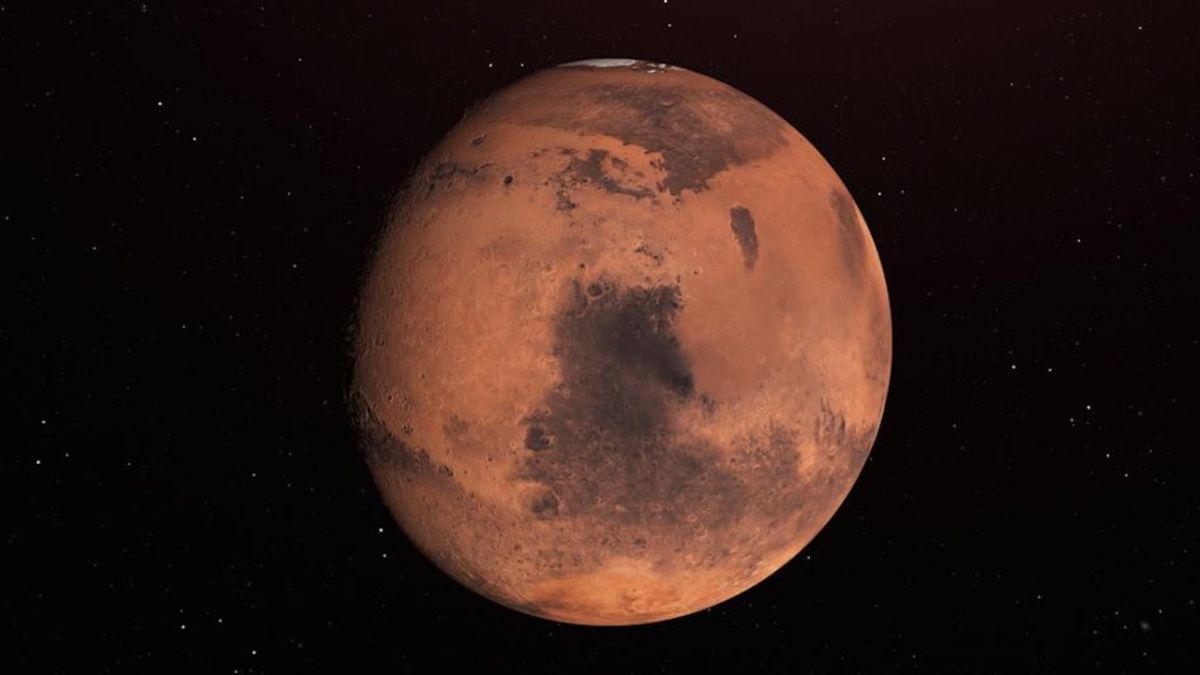 Is there water on Mars? The fourth planet from our sun, Mars, is named after the Roman God of War, so dubbed because of its bloody red color, according to NASA. In 1897, novelist H. G. Wells in his book “The War of the Worlds” described that this color was owed to organic red weeds that covered the planet’s surface.

However when Mariner 9, the first spacecraft to orbit another planet, cruised around the red world it revealed an endless landscape of dry, barren desert. In stark contrast to an abundant bounty of weed life, the reality of the Red Planet is a desolate biome covered in iron-rich dust and rocks, according to NASA. But on — and underneath — the rock surfaces, chasms and crevices of this world there is a compelling mystery. The more scientists look, the more they find evidence of water on Mars, or at least that water may once have been abundant on Mars; and some think that liquid water is still there.

Water is considered integral to the origin of life on Earth. As such, when exploring the Martian world, NASA adopted a similar strategy to Earth colonists exploring new lands and opted to “follow the water.” Looking at the dry and barren surface, this strategy may appear misguided. But today’s appearance doesn’t mean the world was always this way. Mars is a cold planet, being 1.5 times as distant from the sun as Earth, according to NASA. It is also smaller than Earth and thus supports less gravity, meaning Mars now retains a thin atmosphere.

These characteristics of Mars mean it has the potential to have once been covered in swaths of ocean, and yet would be reduced to little or nothing today. Spacecraft, orbiters and rovers, are currently busy scouring the planet’s geology and atmosphere for evidence of water on Mars.

Related: The solar system: Facts about our cosmic neighborhood

Signs of water on Mars

Geologists on Earth know that the flow of water leaves a powerful impression on the landscape. On a large scale, flowing water carves out riverbeds. On a smaller scale, water picks up and carries smaller minerals as it flows, slowly polishing them over time into smooth spheroids that are deposited somewhere downstream. Striking observations from the Mars Reconnaissance Orbiter (MRO) and its predecessors found evidence of large rock formations that appeared to be dry riverbeds, according to NASA. And the Curiosity rover has observed small, round stones littering a suspected former riverbed in the Gale Crater.

As well as these features, an accidental discovery by the Spirit rover revealed a layer of silica, which could have been deposited by hydrothermal springs, near a suspected former volcanic hydrothermal region in the Gusev Crater. The serendipitous finding reaffirmed for many scientists that the area was once home to a hot spring.

Any ancient riverbeds of Mars would be long gone, but water may have persisted in other forms into the modern day. The thin atmosphere would mean evaporated liquid water would soon be lost to space, but water could persist if the cold allowed it to freeze solid, or if it was protected underground. Like Earth, the poles of Mars are the coldest regions on the planet. Unlike Earth, temperatures on Mars can plummet to minus 195 degrees Fahrenheit (minus 125 degrees C), according to Space.com.

This means that huge sheets of ice cover the poles of Mars. However, carbon dioxide freezes at these temperatures, and approximately 95% of the Martian atmosphere is composed of this molecule, according to NASA. Therefore, the ice may be water ice, carbon dioxide ice or a combination containing both. The European Space Agency’s Mars Express probe used infrared scans to help solve this riddle, revealing evidence for water ice existing in a cocktail with Martian dust at the southern pole.

Related: 7 solar system worlds where the weather is crazy

While there may have been abundant oceans in the past and water ice persisting in the present, could there be lingering liquid water on Mars? Tantalizingly, the answer may be yes. Using radar technology that penetrates the ground, the Mars Express orbiter found signals suggesting that bodies of liquid water also existed underground at the south pole, according to NASA.

For water to be a liquid at these temperatures, it would have to be salty, almost a brine. But could such a briny salt water also allow liquid water to appear on the surface?

In 2011, the MRO captured images of dark streaks that appeared seasonally in Martian slopes and which seemed to flow downhill. While some scientists argue that these streaks are owed to flowing sand, others believe they are the result of subsurface salt water that rises to the surface in more temperate temperatures, according to NASA’s MRO webpage. Remnants of water may therefore endure on the Martian surface billions of years after it lost its oceans.

The Perseverance rover is carrying this insight into the future of Mars exploration, and it will use these signatures of water on Mars as a guide to search for ancient microbial life that may have once blossomed on the Red Planet.

Could there be life on Mars?

The discovery of alien life would arguably represent the most significant discovery in the history of humanity. Most of the galaxy will likely forever remain out of our reach, but we may only need to peer across to our neighbouring planet to find it, according to the Natural History Museum. The potential presence of liquid water on Mars could mean that the conditions at one time were sufficient to allow for the emergence of microbial life, according to NASA.

The idea of extant microbial life on modern-day Mars is highly suspect, due to the pervasive arid and cold climate that presents a hostile environment for life. However, research into extremophile microbes (those that have adapted to live in extreme environments) on Earth may offer clues as to how microbes could endure in salty water under the Martian surface, according to the National Oceanic and Atmospheric Administration (NOAA).

If microbes on Mars are now extinct, there is still much hope that scientists can find evidence of the biological relics they left behind.

One of the key mission directives during Perseverance’s Surface Operations in the Jezero Crater is to collect samples that a future mission could bring back to Earth. For this to happen, the rover will need to place the samples in a designated location on the Martian surface, known as a Sample Cache, according to NASA.

However, to make sure that scientists don’t misinterpret Earth contaminants sent on the rover for something native to Mars, the rover is equipped with so-called witness tubes, which are similar to sample tubes and are all opened at the same time.

These witness tubes don’t collect any samples, but instead take in the ambient atmosphere at the sample site, according to NASA. Only if something is present in the sample tube and absent in the witness tube will it be considered native to the Red Planet.