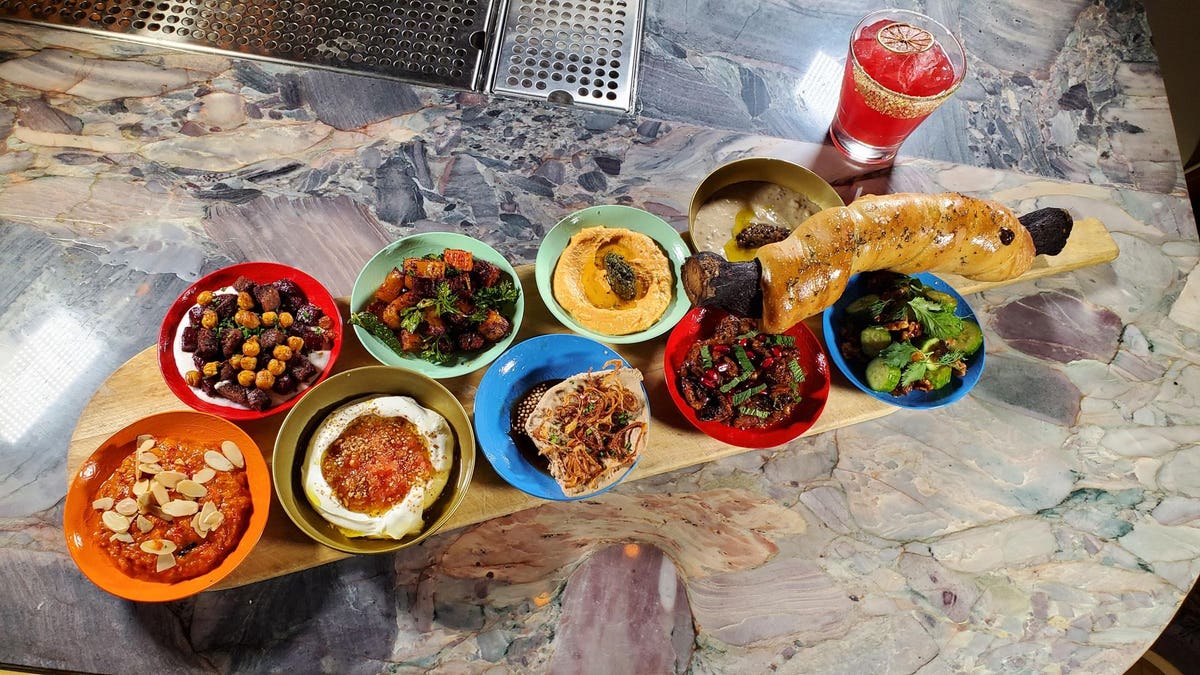 This vibrant Middle Eastern country has been getting a lot of—well-deserved—accolades. For a couple of decades its cuisine was not getting the traction of countries like Turkey and Morocco, as both had many more restaurant outposts in the U.S. and seemingly many more cookbooks on bookstores’ shelves.

Some of the buzz can be attributed to Israeli chef Yotam Ottolenghi whose London restaurants and multiple cookbooks have been all the rage for many years. Israeli food also tends to be light and healthy, with a big focus on vegetables.

So, I recently sat down with Ari Bokovza the chef of 135-seat Dagon Restaurant that opened on the Upper West Side of New York in February of last year. He had a lot to say about Israeli food trends. All responses have been edited and condensed for clarity.

Liza B. Zimmerman (L.B.Z.): Why do you think Israeli food is having such a moment in the sun?

Ari Bokovza (A.B.): Israeli/Levantine cuisine has been around since the biblical days, it has very deep roots. Anything that’s solid, with history and deep roots is bound to find its way to the forefront. I would like to think that it will be around forever.

A.B.: It is simple, yet packed with flavor. It is ingredient driven with elements of spice. However, the spice never dominates the dish it only compliments it.

L.B.Z.: Is it all about Ottolenghi, the famous Israeli chef, or are other chefs making major progress in highlighting this food for the American public?

A.B.: I think he has made great strides for the movement and did so in a very natural and organic way. I would like to think we are all making progress to showcase this delicious food.

L.B.Z.: How much does Israeli food vary from region to region?

A.B.: Israel is a melting pot of other regions and cultures and that is reflected in the food. For example, Hummus in Israel is made using a robot coupe (a food processor) and is smooth and creamy while in neighboring Arab countries it is typically made using a mortar and pestle, ultimately giving you a chunkier style hummus.

L.B.Z.: Are there dishes that are the most iconic/traditional and what are they?

A.B.: When I think of iconic Israeli dishes, three dishes come to mind: Shawarma; Israeli salad, made with minced cucumber, tomato, inion, fresh herbs, lemon and olive oil; and Couscous which my Israeli grandmother Agu would make every week

L.B.Z.: Is most of Israeli food kosher?

A.B.: I would say it is, especially given the fact that there is such a depth of vegetable cookery.

L.B.Z.: Do you work with non-kosher items like pork as you are based in the US?

L.B.Z.: Do Israeli dishes pair better with local wines and if so, why?

A.B.: Any time you eat cuisine from a certain region, drinking wine made from the grapes of the same region will naturally be a beautiful pairing.

L.B.Z.: What are some of the most important essential Israeli ingredients?

A.B.: One ingredient reigns supreme, which is extra virgin olive oil, it is a staple of life. Close runner ups include lemon, zaatar, tahina, chickpeas and labneh!

L.B.Z.: How is Israeli food different from that of neighboring Arab countries?

A.B.: For the uninitiated there is a lot of yogurt and eggplant in play with many of them.

I would say the biggest difference is that you will see a huge influence of European (mostly eastern European) influences in Israeli cuisine as many people from those countries moved to Israel to seek a better life.

L.B.Z.: How is Israeli food evolving?

A.B.: Chefs are applying more modern applications to traditional Israeli ingredients. This is a beautiful thing as long as the roots and heritage of the food are respected.