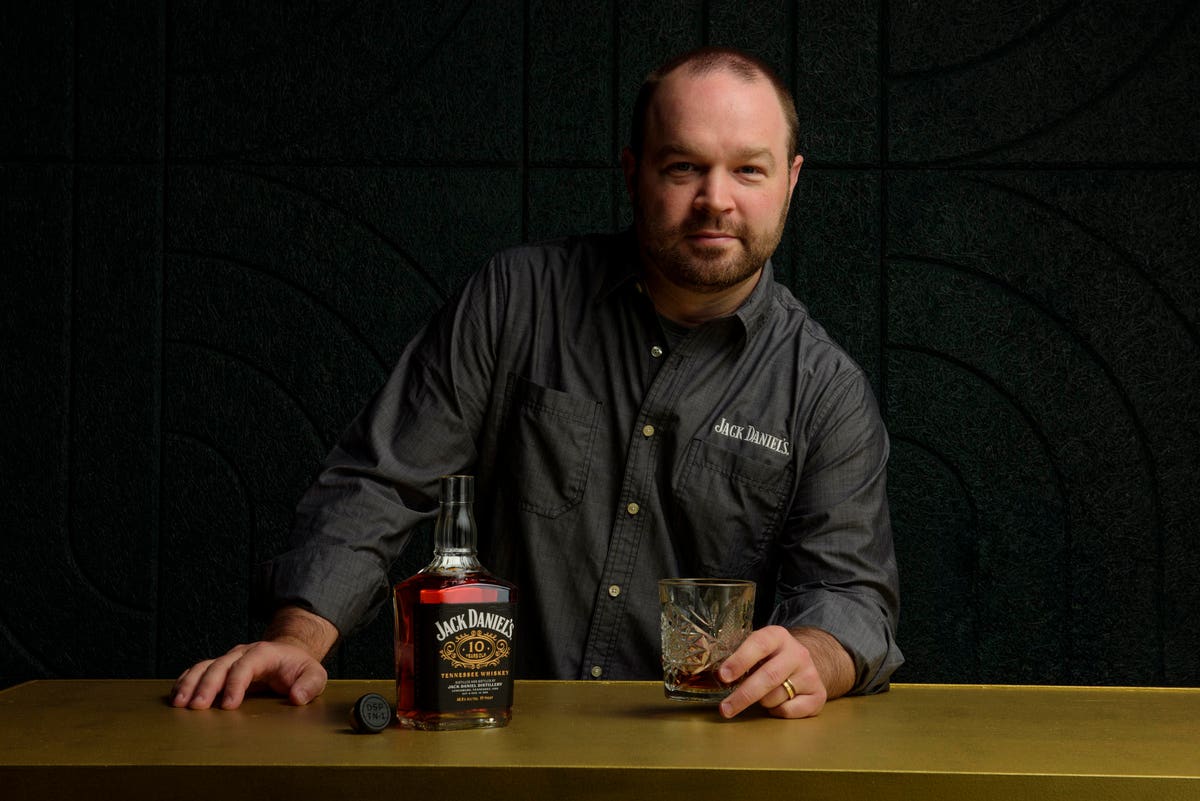 Jack Daniel’s unveiled Jack Daniels 10-Year-Old Tennessee whiskey today, the brand’s first age-stated whiskey in over a century — and it’s coming to a store near you next month.

So, why release an age-stated 10-year-old whiskey now?

“Fortunately five years ago we added two new additional stills and 14 fermenters. Being able to do that has built-in the capacity that gives us the availability to this,” Chris Fletcher, Jack Daniel’s Master Distiller tells Forbes. Fletcher took on the role of Master Distiller for the brand in October of last year. “We have the capacity that we can lean into to do cool stuff.”

That new equipment obviously wasn’t used for this particular whiskey, it was distilled over a decade ago, but it did give the distillery the wiggle room to try aging something longer than it has in recent years, rather than bottle it immediately for sale, and to see what happened.

The oak barrels containing the 10-year-old were relocated throughout the Jack Daniel’s barrelhouse over the past decade in order to extend the aging process longer than your traditional bottle of Old No. 7.

Experimenting and trying new things is also a mission of the brand as a whole right now.

“It’s a direction from the leadership that innovation is a key focus going forward, not just for Jack Daniel’s but for all of Brown Forman,” says Fletcher. You’ve seen a lot of it with the flavor side, it’s been wildly successful, but the whiskey innovation just takes a heck of a lot longer than a flavor innovation.” He says.

He says the brand has dipped its toe in it a bit with its Tennessee tasters program.

It’s also done several single-barrel special releases, which Fletcher says it plans to continue, and things like the brand’s Heritage Barrel release last year, a 100-proof whiskey aged in a heavy toast barrel which was, unsurprisingly, a bit hit.

“There are a lot of American whiskey consumers out there that are trying things for experimentation that 50 years ago did not exist,” Fletcher says.”So sure, it’s a priority of the market zone, absolutely, but it’s also a priority for our company so that’s what is so exciting about being a whiskey maker right now and being a distiller just in our industry as a whole.

While the 10-year-old release does represent that innovation and commitment to experimentation, it’s also as much a nod to the brand’s past as its future. The bottle itself borrows design elements used on the brand’s age-stated bottles. The original cartouche (the design around that age statement) makes an appearance on the bottle, slightly updated by a present-day artist.

As for how it tastes, I had the privilege of tasting it cask strength but haven’t had the opportunity to try the version that will hit shelves in September just yet. That one will be bottled at 97 proof, a first for the distillery, and is described by the brand as featuring notes of dry fig and raisin laced with oak on the nose, warm butterscotch alongside soft fruit and smoke on the pallet, and an incredibly long finish with sweet tobacco and spice.”

From the taste I did have, I’ll say you’ll be able to tell at its core this is a Jack Daniel’s whiskey, but it’s unlike anything you’ve ever had from the brand before.

And from the sound of things, this release is only just the beginning — Fletcher says that he and Assistant Distiller Lexie Phillips are looking at everything from grains and barrel toast to things that might not have been possible during their grandparent’s time that are doable now.

“It is absolutely the best time in the history of American whiskey,” Fletcher says. “My personal goal is to create the most diverse set of aging whiskey in the industry.”

You can snag a 750ml bottle of Jack Daniel’s 10-Year-Old starting next month for $70. The first batch will be sold in limited quantities; however, don’t expect it to be the distillery’s last —new 10-year-old releases are expected to be available annually as well.